History Memoir and Biography Round Up: November 2019 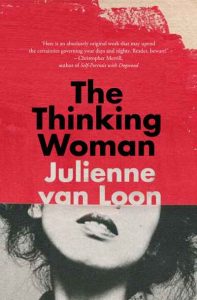 The year is drawing to a close, but we’ve been busy reading in the History, Memoir and Biography category with 17 reviews during November 2019. Many of these reviews picked up on books that have been previously mentioned in our Round Ups, which is always pleasing to see, but there are some new reviews that might pique your interest as well.

The two biographies reviewed during November are both recent releases, and both were reviewed by AWW contributor N@ncy. N@ncy was completely engrossed in Mary Hoban’s An Unconventional Wife: The Life of Julia Sorell Arnold (2019), which won both the Queensland Non-Fiction Book Award and the Queensland History Book Award for 2019. Julia Sorell was a ‘colonial belle’ from Tasmania, who  married into the famous Arnold family and was propelled into the intellectual and literary scene in London. Although largely unknown, her story reveals a woman who defied convention, even while appearing to embrace it. N@ncy writes:

This is a magnificent biography! Mary Hoban just swept me away to Tasmania and…then on to Brussels, England and Ireland…I rarely get ‘swept away’ with a biography but my heart just went out to Julia Sorell Arnold! Mary Hoban writes with a flair that touches on a novel…I hope this book is on your TBR…a great read during Xmas holidays! (read review here) Memoirs continue to be popular in this category. Theresa Smith reviewed singer/songwriter Claire Bowditchs’ Your Own Kind of Girl (2019). She writes:

I have never read a more meaningful memoir, nor a more spot on account of trauma, grief, and mental illness until now, with this book: Your Own Kind of Girl…It is honest, raw, brought me to tears several times, but it also made me laugh, and smile with happiness. To be able to unpack your life with such finesse, and with such a lack of self-pity and external blame, is a real skill….There is so much in it about being a human in a chaotic world and I seriously cannot recommend it highly enough (read review here).

A short review was also posted of Kathleen Howard’s Just A Slap (2019) which reviewer Veronica Strachan described as a “beautiful testament to a brave and compassionate woman and recommended reading for anyone open to discovering their own truth” (read review here). Another short review was posted by Kali Napier (review here), who reviewed the recent memoir released by Mary Moody, the former presenter on ABC’s Gardening Australia. The Accidental Tour Guide (2019) brings Moody back to Australia after facing another turning point in her life. This book tells the story of the three major floods – 1893, 1974 and 2011 – from ecological, geographical and human perspectives. More importantly, though, it looks at the failure of policy as successive governments of both persuasions lacked the courage to say ‘enough!’ and prevent development on the floodplain….By the end of the book, I was not at all confident that anything had been learned at all, and I don’t think that Cook is, either… As the title says, it is a river with a city problem, and not the other way round (read review here)

A very different book that Janine reviewed during November is Jill Roe’s Beyond Belief: Theosophy in Australia 1879-1939. Written in 1986, but with moves afoot to republish it, it examines the golden years of the Roe herself was not a Theosophist, so this book is no ‘insider story’ – in fact, it is written with a dry, dispassionate but not hostile air of curiosity. And curious the history of Theosophy in Australia certainly is, but given its attraction to politicians, judges and some academics in the first decades of the 20th century, it can’t be discounted either…. This is an academic text, and it is more an institutional history than a bottom-up, personalized history.  However, in our increasingly rabid religious world, perhaps there will be a readership for this strange history which has so many intersections with early 20th century intellectual history (read review here).

Meanwhile, Jennifer Cameron-Smith found herself revising her own understanding of Tasmanian history when she read I am revisiting what I learned as history during the 1960s….It’s confronting to read the uncomfortable truths of our colonial history. To be reminded that notions of white superiority enabled both the dispossession of Aborigines and a belief that Aboriginal people could not (and did not) survive….For me, reading this book is an uncomfortable starting point (see review here)

Lots of activity here in reading books that have been featured in Round Ups previously. Two from the backlist made an appearance.  Anna Funder’s Stasiland (2003) was reviewed by Claire Holderness bringing the total to five reviews since 2012, and Jennifer Cameron-Smith reviewed Anita Heiss’ Am I Black Enough for You? (2012), the fourteenth review since it was released.

More recent memoirs that were reviewed during November include Chloe Higgins’ The Girls (2019), reviewed by Kate@Booksaremyfavouriteandbest, Inga Simpson’s Understory: A Life with Trees (2017), reviewed by Kali Napier, and Bri Lee’s Eggshell Skull (2018) which was reviewed by Shelleyrae@Book’dOut. More historically focussed was Sue Ingleton’s Making Trouble- Tongued with Fire (2019), which was reviewed by Sue at Whispering Gums and Australia’s First Naturalists (2019) by Penny Olsen and Lynette Russell, reviewed by Jennifer Cameron-Smith. Jessica White’s Hearing Maud (2019) was reviewed by Sue at Whispering Gums, bringing the total of reviews to four, and another mixed genre book, Ashley Kalagian Blunt’s My Name is Revenge (2018) garnered its fifth review, with Jonathan Shaw’s review and poetic response.