History Memoir and Biography Round Up: September 2020 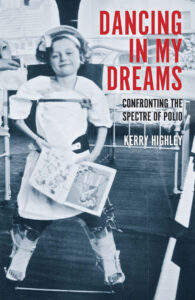 After a deluge of activity in August, our reading of History, Memoir and Biography retreated to a much more sedate pace during September, with eight books reviewed. Ah- but there’s some good books in amongst the eight- and a strong showing for history and biography!

Three of the reviews took up books that have been mentioned in Round Ups previously. Jonathan Shaw discussed Cassandra Pybus’ Truganini, which he read with his book group after hearing Pybus speaking at the Sydney Writers Festival (if you weren’t able to attend, there’s a wealth of podcasts on the Sydney Writers Festival site here. It’s like having your own little festival!) I always enjoy Jonathan’s posts about his book group, and you can read his review here. Janine Rizzetti read Sophie Cunningham’s City of Trees, a book that combines essay and memoir (review here) and Jennifer Cameron-Smith reviewed Caro Llewellyn’s Diving into Glass. Her review is here, and it fits in well with the first of our September reviews.

The 1937 polio epidemic in Victoria remains strong in public memory, although it was surpassed in virulence by an Australia-wide polio epidemic in the early 1950s. In her book, Dancing in My Dreams: Confronting the Spectre of Polio (2016), Kerry Highley describes the waves of illness, and the two competing treatment approaches that came to the fore during the 1937 epidemic and the personalities, history and politics that affected the dominance of one treatment regime over the other.  Janine Rizzetti writes:

So much was not known about polio at the time: how it was transmitted, its effect on the body, the prognosis for an individual. Just as today, there was a frantic race to find a vaccine against polio, and the tragic mis-steps in this process bring a note of caution to our current world-wide race to find a COVID vaccine. But the focus of this book is very much on the individual, and his or her  experience of polio. She traces through the diagnosis and early crisis of the disease, the responses of child and adult patients to this rupture in their lives, the differing experiences under the Macnamara and Kenny treatment regime, the long period of rehabilitation and family and societal responses in the years and decades afterwards. The text has liberal quotations of oral testimony, drawn from a variety of sources, and you never forget that you are reading about people. It is engagingly written, with equal attention to personality, politics and science. (Review here)

Stepping back much further in Australian history, Jonathan Shaw very much enjoyed Grace Karsken’s The Colony, originally published in 2009 and winner of the 2010 Prime Minister’s Literary Award for Non-Fiction. In his review, Jonathan writes: 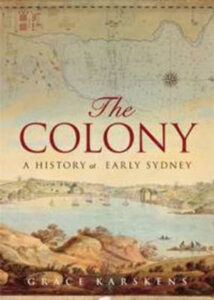 The book is a marvel and a delicious treat for the mind. It will probably speak most directly to Sydney dwellers, as it bring to life the rich history of Warrane / Port Jackson / Sydney and the hinterland, but the tale it tells of colonisation and the wars of resistance is a powerful rewriting of received versions that will resonate much more widely. …The big difference from the history I was taught is in the account of the First Nations people. Their dispossession and resistance replaces the ‘savage yoke’ borne by the convicts at the centre of the story. …This book leaves its readers in no doubt that at its heart the settlement of New South Wales was a genocidal project, acknowledged as such at the time in all but the actual word. …My copy of the book is bristling with Post-its, but I’ll leave it at that. If you live in Sydney, read it. It will change your sense of the place. (Review here)

The Griffith Review is a compilation of fictional and non-fictional works, including history, biography and memoir. Cass Moriarty reviewed Griffith Review 69: The European Exchange (2020) and she writes: 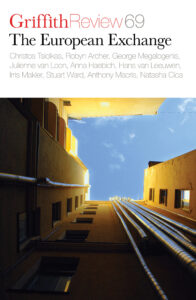 Griffith Review 69: The European Exchange (Griffith University 2020), co-edited by Ashley Hay and Natasha Cica, explores ‘how Australia and Europe continue to connect and converse’. The essays, reportage and memoir cover a range of topics from colonialism to multiculturalism, from migration to genocide, from war to recipes, from cultural cringe to hidden histories, from strangers and foreign lands to Brexit and identity, from class to racism to justice. This issue is particularly heavy with non-fiction and factual reportage and academic-like research and discussion. …When read together, all of the pieces in this collection produce a feeling of more questions asked than answered, of continuing curiosity towards our collective histories and alliances, and of divided loyalties – still – between our past, our present and our future. (Her review here).

We had two very different biographies reviewed during September.

Group biographies are quite common these days, but Macquarie University professor Kate Fullagar’s grouping of two indigenous men, from different continents, united by their depiction by Sir Joshua Reynolds, is an interesting 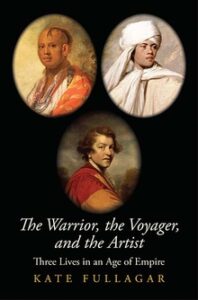 approach. In her review of The Warrior, the Voyager and the Artist (2020), Jennifer Cameron-Smith writes:

Who were these three men? Sir Joshua Reynolds (1723-1792) was a British artist, Ostenaco (1703-1780) was a Cherokee warrior, Mai (c1753-1780) was a Pacific Islander from Ra’iatea. …Two Indigenous men, from different parts of the world, each travelling to Britain. Both had their portraits painted by Sir Joshua Reynolds, by then the President of the Royal Academy. Three quite different individuals, each caught (in different ways) within the British Empire. ….I finished the book wishing there were more Indigenous biographies available from this period. (Review here) 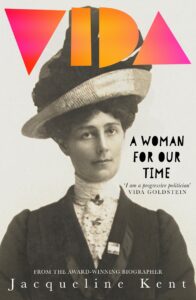 Vida by award-winning biographer, Jacqueline Kent is a fascinating and illuminating account of one of Australia’s nearly forgotten feminists, Vida Goldstein, making this a gem of a book for those interested in the history of Australia and Australian feminists. ….Australian women were granted the Federal vote in 1902, and the following year Goldstein ran for a Federal seat making her the first woman in the British Empire to do so. She was well-known internationally in the suffrage movement and after unsuccessfully standing for Parliament a number of times, she dedicated her life to Christian Science….Kent’s biography of Goldstein is immensely readable. I particularly enjoyed the comparisons made between Goldstein and Australia’s first female Prime Minister, Julia Gillard. …To sum up, this was an immensely readable and fascinating account of an important woman in Australian history. Highly recommended. (Review here)