Historical Fiction Round Up: October & November 2020 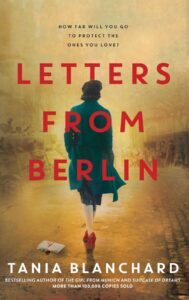 The last two months have been booming ones for historical fiction with a fantastic 66 reviews entered into the AWW database across October and November. After a year where our authors have faced more challenges than ever with publicity for their new releases, it’s such a joy to know that their books are getting read, getting reviewed, and getting talked about.

The Wreck by Meg Keneally – 3 reviews

Song of the Crocodile by Nardi Simpson – 3 reviews

The Dictionary of Lost Words by Pip Williams – 2 reviews

The Lost Letters of Playfair Street by Michelle Montebello – 2 reviews

Ella Carey – 6 reviews entered across three of her titles: Paris Time Capsule, The House by the Lake, and From a Paris Balcony. It looks as though two readers in particular were enjoying an Ella Carey binge!

Many of these are new releases but it’s terrific to see novels such as The Yield and The Dictionary of Lost Words still popping up so long after release. Pamela Hart and Tea Cooper enjoy ongoing popularity within the historical fiction genre with an older release for each popping up as well as their latest: The Desert Nurse for Pamela Hart and The House on Boundary Street for Tea Cooper.

Thanks to the following reviewers for linking their historical fiction reviews into the database over the last two months:

Until next month; I hope you all get to enjoy some reading in the lead up to Christmas! 📚☕ 🎄