Speculative Fiction Round Up: April 2021 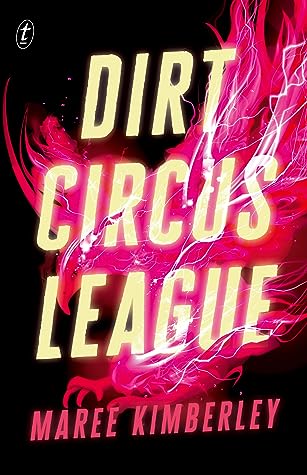 Well, April flew by, for me anyway, despite the ups and downs with Covid. It was nice to be able to get lost in some good books.

10 books were reviewed during April.

Cass Moriarty reviewed the new release Dirt Circus League by Maree Kimberley. She says, “This is a story about the strange allure of danger, the powerful pull of evil, and how charismatic leaders can entangle themselves into young lives by immersing their charisma into impressionable minds. It depicts a thrillingly perverse world with a sort of Mad Max feeling but set into the ordinary life of teenage Asa. It is about grief, belonging, loyalty, sacrifice, madness, greed, ambition and power. It features characters with unreal powers and abilities. The plot is gripping and page-turning. Kimberley has built a world unimaginable, and yet placed it into the centre of one girl’s (previously) unexceptional experience, with the result that the reader is constantly pulled from the banality of everyday life into a parallel universe where strength, viciousness, passion and force rule.” I am actually partway through this and I’m not quite sure how I’m feeling about this one.

Nadia King reviewed The Erasure Initiative by Lili Wilkinson and says, “I binge-read Lili Wilkinson’s The Erasure Initiative (not sure you can read it any other way). This gripping psychological thriller has themes of ethics, justice and explores what it means to be privileged. This fast-paced young adult thriller will keep you on the edge of your seat. A note on the ending: it was oh so satisfying!” This one is definitely on my TBR list.

Shelleyrae @Book’d Out read The Rose Daughter by Maria Lewis and has tweaked my interest to add this and the other books in the series to my TBR list. She says, “The Rose Daughter is the seventh book in the Supernatural Sisters urban fantasy series from award-winning Australian author, Maria Lewis, but don’t be afraid to jump right in, it works perfectly well as a stand-alone. Just be prepared as you’ll want to add the rest of the series to your TBR list as I did. I liked the world in which the story is set with an interesting mix of supernaturals who live alongside but hidden, from most of humanity. Lewis succinctly explains the history and politics, and while it’s obvious there are links to story and characters from previous books, they don’t have any notable impact on this story. Offering interesting characters, exciting action, and romance, I found The Rose Daughter to be an entertaining read. I’m delighted to have discovered Maria Lewis and I hope to be introduced to the other ‘sisters’ before the next book in the series is released.”

There was a mixture of older and newer books reviewed in April. You can take a look at them all by visiting here.

I hope you read some fabulous books during May and I look forward to seeing what you to link to AWW.