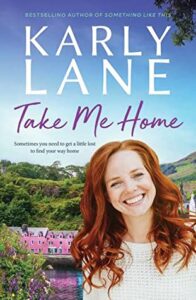 Compared to April 2021, this is an increase of eighteen (18) additional reviews! This is a HUGE increase from April and I want to thank you all so much for reading and reviewing our awesome Aussie women and contributing your reviews to the Australian Women Writers database.

Contemporary romance proved to be the most popular sub-genre last month with a total of fourteen (14) books reviewed, followed closely by Fantasy/Paranormal/Scifi Romance with nine (9) books, Historical romance with eight (8) books, Rural romance with six (6), Romantic suspense with two (2) and Mills & Boon Category romance with one (1) book reviewed. 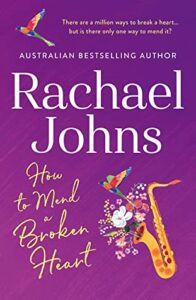 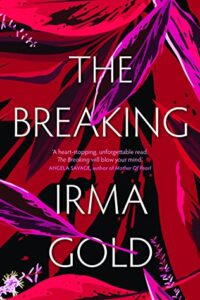 With so many reviews submitted this month, I simply cannot feature them all (or we would be here all week) so I’ve tried to limit it to two reviews per category.

As one of Australia’s most beloved authors, it came as no surprise to anyone that Rachael John’s new release How To Mend A Broken Heart was the most reviewed book in May 2021.As a companion novel to The Art of Keeping Secrets, featuring Felecity Bell once again as the main protgaonist, Helen Sibbritt believes that this title can be read as a stand alone without any problems.  Mrs B Book Reviews thought the book to be “life affirming, warm, relatable and witty [How To Mend A Broken Heart is] a story of heartache, healing, starting afresh and creating new dreams”. Shelleyrae from Book’d Out furthers this by confirming that she “thought Johns portrayal of the complicated relationship Flick has with her ex to be sensitive and honest. Johns portrayal of Flick’s struggle to trust in love again is sincere and poignant as the protagonist’s romantic relationship blooms with Theo, the handsome owner of the bar that neighbours the taxidermy store.”

In our pandemic world, every reviewer remarked on the unique experience this novel gave them, with Johns not only capturing the beauty and character of the city perfectly, but allowing the reader to travel effortlessly across the globe from the safety of their own armchair. “The picture Johns paints of New Orleans would keep travel agents busy with bookings in a COVID-free world: she easily captures the vibe of the city, so that reader can see, hear and smell the sights, sounds and aromas the place has to offer, and her descriptions of the local dishes will have mouths watering” (Cloggie Downunder via Goodreads). If you find yourself with some spare time, I highly recommend you check out Marg @ The Intrepid Reader ‘s delightful post recapping her memories and experiences in New Orelans as re-lived through the John’s novel.

The Breaking by Irma Gold was one of our most reviewed books in May and with good reason. Described by Whispering Gums, “The Breaking is an engaging debut novel that encourages us to consider some of the critical questions of our time”. As part of the emgerging eco-literature genre, The Breaking is a same-sex, romance heavy debut novel that tackles the confronting and distrurbing exploitation of elephants in Thailand’s Tourism Industry as seen through the eyes of two Australian women. All three of our reviewers expressed how difficult the read was at times “as much like the fiery character Deven, the story is loud, in-your-face, and demands action in the face of injustice. But while the book’s explicit nature can create an unsettling reading experience, the author’s passion and insight for elephants is sure to encourage readers to take a more ethical approach to tourism. For readers who consider themselves a romantic, a travel-bug, or even an activist for animal rights, this book is one to add to your TBR list! (Ebony Bryant @ The Underground Writers).  Jennifer Cameron-Smith summed the book up perfectly in her Goodreads review as “highly recommended […] thought-provoking debut novel” that challenges the way you think and see the world. 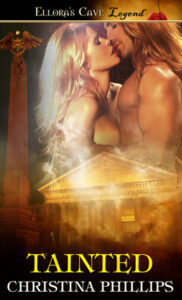 Elani Konstantine @ Eleni’s Library via Goodreads reviewed an incredible nine (9) books that fall within the fantasy, paranormal, sci-fi romance sub-genre this month. Eleni’s reviews are short and to the point, and for all our speculative romance lovers, I highly suggest you follow her on Goodreads as she has hundreds of reviews (five-hundred-and-forty to be exact) that you can persue to find your next fantastic read.  As I know many of these books will cross-over with the speculative round-up, I could only choose one book to highlight this month and that was Tainted by Christina Phillips.

Brenda Telford, Helen Sibbritt and Shelleyrae from Book’d Out all reviewed Take Me Home by Karly Lane this month with Brenda exclaiming via her Goodreads review that this is Lane’s “best book yet!” She loved “travelled with Elle in her little hire car as she wound her way through thethe picturesque details of Scotland, Elle’s determination and courage in doing the journey by herself, the raft of great characters. This is the closest I’ll ever get to Scotland so I countryside and little villages. Take Me Home is a poignant, heartwarming story which I highly recommend”. Likewise Shelleyrae thought the novel to be “a delightful story of self discovery and a scottish fling” that took her from “the heat and dust of rural Australia to the cool, green hills of Scotland“. 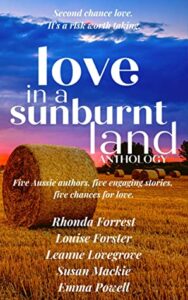 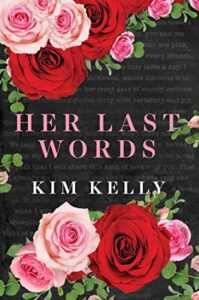 Sharon Hill thought Her Last Words by Kim Kelly was “a truly delightful book” that she “didn’t want to end.”  Although different from Kelly usually writes, Hill believed the book to be a ” well written story about, grief, friendship and love and one that will stay with the reader for a long time after they have read it.” Pitched as a haunting murder mystery, crime novel full of love and giref, this looks set to be another fantastic read from Kim Kelly. 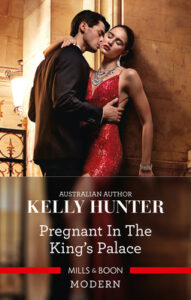 Helen Sibbritt gave Pregnant in the King’s Palace by Kelly Hunter five stars explaining the Modern line Mills & Boon royal romance to be not only a “sensual, moving and fabulous story” but “a must read for any true romance reader who loves a story that is passionate and beautiful“.

Until next month, I wish you all a fantastic reading month in June and can’t wait to read all your reviews!