Historical Fiction Round Up: August 2021 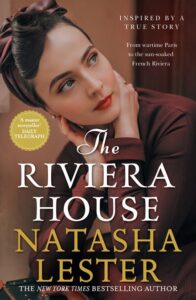 There’s been a nice mix of titles linked this month for historical fiction with 24 reviews returned on 17 books.

Titles with more than one review linked:

The Riviera House by Natasha Lester with four reviews from Veronica @ The Burgeoning Bookshelf, Jennifer Cameron-smith, Brenda Telford, and Helen Sibritt. This one is a September release so I have no doubt we will be seeing more of it in next month’s round up.

The Last of the Apple Blossom by Mary-Lou Stephens with three reviews from Jennifer Cameron-smith, Shelleyrae @ Book’d Out, and Mrs B’s Book Reviews.

The Things We Cannot Say by Kelly Rimmer with two reviews from Cloggie Downunder and Denise Newton Writes.

Just Murdered by Katherine Kovacic with two reviews from Cloggie Downunder and The Book Muse.

Alison Stuart featured twice with two books reviewed by Ktbookbingo, The Goldminer’s Sister and The Postmistress.

Bill Holloway has given us an in-depth and constructive review on The Ripping Tree by Nikki Gemmell. His admiration for Gemmell as a writer shines through and I enjoyed his evaluation of the text. This one has been on my read list for awhile now and Bill’s review certainly makes me want to read it sooner rather than later.

“Gemmell is a fine writer and this is a powerful story, full of tension, about an imagined past in which heroic young women fought back against the murder of the original inhabitants. Despite my reservations I enjoyed it.”

Another wonderfully in-depth review comes from Whispering Gums on Song of the Crocodile by Nardi Simpson.

“Essentially, then, Song of the crocodile is the story of people who are made to feel “trespassers in their own land”. But, it’s also the story of strong, resilient women who forge a community on the Campgrounds.”

Song of the Crocodile just won The University of Queensland Fiction Book Award in the 2021 Queensland Literary Awards. Another one I need to prioritise reading. Whispering Gums had much to say about this novel, all of it positive. She read it with her reading group, and I was interested to read about the varying thoughts on certain elements of the novel.

“Simpson also, as First Nations writers are increasingly doing, uses Yuwaalaraay language throughout. She doesn’t directly translate it and there is no glossary. This bothered some of my reading group, while others of us felt the meaning was always clear – or clear enough.”

Thanks to all of you who linked reviews and continue to do so each and every month. Your support of the challenge is greatly appreciated. For those specifically interested in historical fiction, you may like to look at the program for the upcoming HNSA 2021 Virtual Conference. It’s jam packed with an amazing array of speakers and sessions. 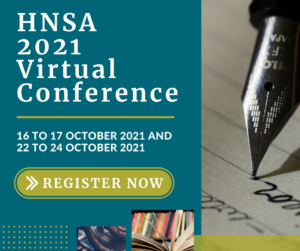