Miles Franklin Literary Award 2015 winner: Sofie Laguna for The Eye of the Sheep 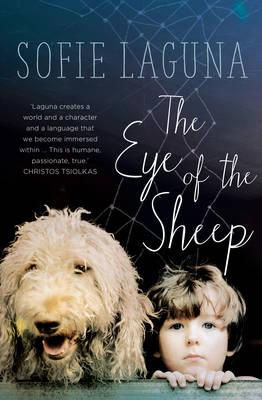 Author, actor and playwright Sofie Laguna has won this year’s Miles Franklin Literary Award for her second novel for adults, The Eye of the Sheep. Congratulations Sofie! The $60,000 prize was announced at an event in Melbourne on Tuesday night. The winning title was chosen from a shortlist of five which included novels by Joan London, Sonya Hartnett, Christine Piper and Craig Sherborne.

The Eye of the Sheep which was also shortlisted for the 2015 Stella Prize, is narrated by Jimmy Flick, a boy with autism, who lives with a violent father.

State Library of New South Wales Mitchell Librarian, Richard Neville, commented on behalf of the judges’ panel that ‘the power of this finely crafted novel lies in its raw, high-energy, coruscating language which is the world of young Jimmy Flick, who sees everything. But his manic x-ray perceptions don’t correspond with the way others see his world. His older brother understands him some of the time, and his mother almost all of the time, but other people, including his violent father, just see him as difficult. Weathering successive waves of domestic violence, Jimmy navigates his way through the shoals of alcohol-abuse, illness and tragedy that swamp his parents, and ultimately reaches the possibility of equanimity. The Eye of the Sheep is an extraordinary novel about love and anger, and how sometimes there is little between them.’

Laguna’s first novel One Foot Wrong was long-listed for the Miles Franklin Award and shortlisted for the Prime Minister’s Literary Award. Her books for young people have been named Honour Books and Notable Books in the Children’s Book Council of Australia Book of the Year Awards and have been shortlisted in the Queensland Premier’s Awards. She has been published in the US and the UK and in translation in Europe and Asia.

All about the Miles Franklin Award here.

Articles about this year’s prize at the Guardian and at the ABC.