Ok, here’s the obligatory Game of Thrones joke: Winter is not coming. Winter has come and will soon be gone.

Right. Now let’s never mention this again. On to the main event.

Picture this: tropical weather, verdant green as far as the eye can see and a gin and tonic.

Ah, but there’s something missing from the picture. A book. Or two. Or three.

And I know you are scratching your heads and wondering why I am going on about tropical weather when we are almost done with winter and are about to take on spring here in Australia – but I flew north for the winter to sunnier climes. And limes. In my gin and tonic.

But I had no books. And so on my return I was most anxious to see what you turned up that would be perfect to dip into and read in short, sharp bursts in between either cuddling in front of the heater (or fireplace if you are in Tasmania and/or are allowed to burn wood) or sunbathing on the sand. Ah, the pursuit of warmth and something to engage the mind.

I digress. You found me four collections of poetry buried in the sand and fellow adventurer Sean the Bookonaut, ever trusty spade in hand, dug up two of them for us: Thread me a Button edited by Jude Aquilina and Joan Fenney and The Duties of a Cat by Jenny Blackford.

Of the former, Sean states that it was a fantastic idea not just to create a collection of poetry around the concept of buttons but to leave the authors anonymous till the last page so that you could just enjoy the poetry itself, which he commends as very accessible and engaging. I, for one agree that it is an absolute point of fun to have a collection themed around an object and I would like to see more of the same (editors, please take note). Throw out your suggestions for themes in the comments, sartorial or otherwise. It will be interesting to see what poets come up with.

With the latter, well let me tell you, the title alone makes me want to re-negotiate household rules with my moggie – I was unaware that cats had duties. They are cats. It seems odd that they should be coupled with the concept of duty (though I admit mine gets treats for declaring war on cockroaches) but Sean reassures us that the titular poem is a bit tongue in cheek. He also, however, admits his bias in recommending this work as he is a cat lover (ok, who on the internet and in the literary world, isn’t?) so perhaps what we need now is one of you lovely readers, fervently on the side of all things canine, to have a read and let us know what the verdict is (though preferably not in the form of a hairball).

See? Journalism work and crowdsourcing at it’s finest, right there.

Onto the next treasure in the sand: The Sunlit Zone by Lisa Jacobson has resurfaced amongst the lovely nutritious kelp and driftwood after a little paddle out to sea, coming right back in with the backswash and was reviewed by S’hi D’Amour, who totally and completely coincidentally thinks Lisa Jacobson is a national Aussie treasure herself. You may remember that The Sunlit Zone first meandered out from the dunes onto the beach during the actual Australian summer of 2013-14. S’hi D’Amour tells us that The Sunlit Zone is a metaphor for connection or rather our fear in connecting to one another, in having to accept that we get both joy in doing so and yet open ourselves up to pain as well and most of all in having to accept that we often need to learn to let go.

Somebody’s thrown a party on the beach. The last poetry collection for these past two months is Lupa and Lamb by Susan Hawthorne, reviewed by Marilyn. And it has a bit of everything – back in Ancient Rome, the Empress (yes, probably that Empress) has thrown a party which the Curatrix (female museum curator) is organising and on the guest list are women from across the world but also from across time (so clearly one of the Doctor’s companions has been arm wrestled into providing transportation). Some have descended from ethereal planes to attend. And as the women gather they talk, they laugh, they do what women usually do at such gatherings and the story is told through a series of poems. It’s serious and funny, riotous, freewheeling and not at all rooted in historical fact but rather merely attached to it slightly and I think you will understand what I mean when Marilyn tells us that the foreword by Monique Wittig asks women to remember a time when they were strong and happy and if they cannot remember one, to invent it.

And that’s a lovely thought to end our pirate like treasure hunt with – if it doesn’t exist yet, build/create it.

But fear not, just because I was in the tropics did not mean I forgot you. So with the weather bringing winds and rain down upon you, what tiny fictions did you lose yourself in.

What were the words that kept you warm?

Apparently, you found four works that swept you away with dreams of… wait, for it, being elsewhere. Maxine Beneba Clarke‘s Foreign Soil reappeared as if she had a multiple entry visa and you were waiting to swap wet for dry. Lou Heinrich (who sounds like a jazz musician and therefore here’s a shirt tail ending for you, darling) reviewed it for the Newtown Review of Books and what we are reminded of is how Clarke‘s writing emulates the vernacular and begs to be spoken out aloud – loud enough perhaps like Dorothy so you can go home. Or at least somewhere warm.

Sorting out your baggage is Anna Maria Dell-oso with Songs of the Suitcase reviewed by S’hi D’Amour though unfortunately like most luggage, the review link is broken and therefore the luggage is lost, presumably vacationing in the Caribbean with your new swimwear and those lovely new shoes you bought with all the gin and tonics while you shiver in your jacket over here. Typical. If you’re S’hi D’Amour, please do send us the link again. Or post it in the comments so we can see what said suitcase has been upto.

But never fear, Escape by Bronwyn Mehan is up next (and I swear she was around last year too or is that my imagination?). Lynette Washington of The Clothesline has reviewed this collection (edited by Mehan) of short stories by several different and very well known authors. She tells us that some are shorter than expected, some redefined what story means for her and some made her giggle. With 29 in the collection, you have nearly thirty different places to be transported to so have a read of this anthology. 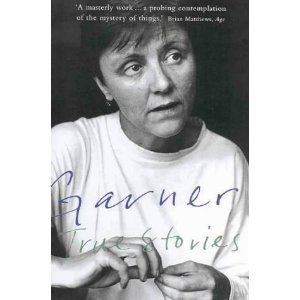 And finally, as we wait for water to boil so we can warm ourselves with hot chocolate and mope till September comes around, we have Helen Garner‘s True Stories, reviewed by S’hi D’Amour. And as we nod to ourselves and pick it up to pass the time with, we find that she has something important to tell us – that it is winter and to those of us who aren’t winter people, it’s wet, dreary and miserable and cold. But, she reminds us, others find it a welcome change and while we may dream of leaving on jetplanes, in truth our lives are journeys too, taking us to new places in more than a physical sense and we don’t buy souvenirs, we tell stories instead to remember, commemorate and celebrate where we have been.

And where we will be.

Especially when winter is over and a September spring graces us.

And my apologies for the slight delay – some of us may still be mentally in other timezones. *looks innocent*

Marisa Wikramanayake is a freelance journalist, writer and editor. She published her first book at 17, has lived on three different continents, been in ground zero of a bomb blast twice and is currently hibernating in Perth, Australia. She’s also been freaked out by the Scientologists, helped run a national publishing conference for the Society of Editors (WA) and currently sits on the WA Media Alliance committee. She is dangerous when bored, having terrorised educational institutions to finish an Honours thesis on Archaeology and a Masters thesis on Neuroscience and Science Communication. She penned book reviews for The West and science news and now writes and edits novels and dreams of fun cross platform media projects in the spare time that’s left over after painting, dancing, gaming and mentoring. She contributes her two cents as non-fiction editor at Australian Women Writers and lends her geek goddess expertise to the Guys Read Gals project. Feel free to badger her at her blog at  marisa.com.au, onFacebook or tweet at her at @mwikramanayake