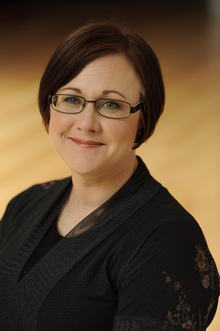 For some people, courage means leaping out of muddy trenches and running headlong into battle with a rifle, or making a speech with a dry mouth before a crowded auditorium. If you read Kate Richards’ work Madness: a Memoir, you’ll find that courage also means staying alive. Kate is a trained medical doctor, and for the good part of twenty years she lived with acute psychosis and depression. This meant crippling self-doubt, invasion from cruel voices in her head, frightening dreams and suicide attempts. Despite the destructive facets of her illness, she was still a person who responded to art and the gentleness of cats and nature, and who longed to contribute to society. Eventually, with medication and a trusting relationship with a psychologist, she acknowledged that she had a mental illness, and learnt what was needed to live with it. In her Penguin Specials book, Is There No Place for Me? Making Sense of Madness, she makes a plea for more awareness and understanding of mental illness, so that there is a place ‘Where our differences are not automatically judged as “bad” but are understood in the context of our illness and our lives, and perhaps even celebrated’ (63). Kate’s differences, as detailed in her memoir, show that she is an extraordinary human being, and that her life and efforts to become well are undeniably worthy of celebration.

We have a book giveaway for Madness: A Memoir , as well as three others from the guest writers this month: Honey Brown’s latest novel, Through the Cracks, Donna McDonald’s The Art of Being Deaf and my own novel, Entitlement. If you read and review a book by an Australian women writer with disability, or a book by an Australian women writer that features a character with disability, you’ll be in the running for a book! Links must be posted by 30th September through this form. You can also find authors on our list of Australian Women Writers with Disability.

Throughout your memoir are photographs of pages you wrote while you were ill. You also describe moments when you took time out to write. What is your relationship with writing, for eg. when did it begin, what does it mean to you, and did it help you during your illness?

Writing – and reading – have always provided joy and meaning in my life. As a child reading was a form of comfort as well as a source of learning, and I think writing evolved from reading very widely. For most of my young adulthood I wrote poetry and kept a writing journal as ways of making sense of some of the chaos in my head. Writing poetry was also a source of exhilaration. I have always been in awe of the way poets distil meaning and wisdom and grace and beauty (and rage and wrath and despair) into so few words. What compelled you to put your journey from chaos to meaning into a memoir? How did you go about shaping your material into a narrative, particularly as you relied upon a large amount of material written when you were ill, as well as your memory and the notes of clinicians who treated you?

Many of us with long term illness read books about the lived experience of similar illness to know that we are not so alone and to learn from others’ journeys towards wellness. But I couldn’t find any books written by someone with mental illness that expressed the ragged rawness of their experience, the intensity, the in-the-moment exhilaration or bewilderment or black despair. So that’s what I set out to do.

There’s still a lot of stigma surrounding mental illness, especially the kind where you end up in a locked psychiatric ward. But in the end, that was to be the point of the book: to shed some clear light on these kinds of experiences so that people can see and hopefully understand them from the inside.

The narrative takes place over a period of ten years and is essentially linear, so that gave me a framework, and I worked with my editor/publisher, Andrea McNamara at Penguin, to intersperse the episodes of illness (the madness) with a more ‘rational’ voice – a voice of reason. Much has been written on the links on creativity and mental illness. In your memoir, a nurse mentions to you that, about half of those in the creative arts have a problematic relationship with alcohol and/or drugs at some time in their lives (p. 166). Is it possible to write good literature without some sort of damage to the psyche?

This is a really complex subject, and I don’t think there are any simple or easy answers. Yes, it is absolutely possible to write good literature without some sort of damage to the psyche. The majority of writers of all kinds do not have a mental illness or any kind of (serious) damage to the psyche.

There does seem to be a relationship between creativity and some mood disorders – melancholia, depression and hypomania – but these are generally episodic illnesses. Most artists, poets and writers who have suffered from mood disorders are at their best creatively when they are not suffering from an episode of illness.

Psychoactive substances, drugs and alcohol, have been used for centuries to try to ‘enhance’ the creative experience, but I think much more commonly, they’re used as a form of self-medication to alleviate or at least ameliorate the suffering associated with depressive illness, anxiety and other mood disorders. (That is certainly the case for me). Your Penguin Specials book, Is There No Place for Me? Making Sense of Madness, is a practical and accessible guide to the issues faced by people with mental illness in Australia, including the difficulties created deficits of funding and understanding. Given the influence of literature in your life, and that your own work is directed at raising awareness of mental illness, can you recommend some books that will broaden our understanding further still?

There are many books which were (and still are) so influential – both in my writing life and during times of illness and recovery. These books have comforted me, challenged me, offered hope and fed my soul. Here are some of them:

Memoirs of a dutiful daughter by Simone de Beauvoir

All of Kay Redfield Jamison’s books, particularly her memoir, An Unquiet Mind

The quiet room by Lori Schiller

A mood apart by Peter Whybrow

The year of magical thinking by Joan Didion

One flew over the cuckoo’s nest by Ken Kesey

The bell jar by Sylvia Plath

Death of a salesman by Arthur Miller

Beyond black by Hilary Mantel

The divided self by R.D. Laing

A beautiful mind by Sylvia Nasar

The diaries of Sylvia Plath

I know this much is true by Wally Lamb

What has been the response to your books? And can you tell us a bit more about what you’re working on now?

The response has been wildly beyond my expectations. That’s not to say ever reader has loved the books – some have not – and of course that’s a part of all creative work: you put down in writing your heart and mind and soul and take an enormous risk by making that a public thing that people can respond to and comment on. You hope so much that the work will resonate, and in my case also provide some insight and hope, and it seems that so far, this has been the case. Mental health professionals and educators are also reading the books which is very heartening.

This year (and beyond) I’m writing a novel set in the alpine wilderness of south-eastern Australia. It’s the most terrifying and difficult and wonderful thing I’ve ever attempted.