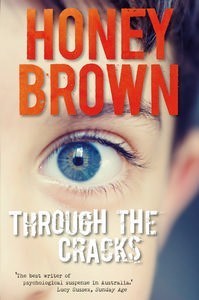 The light and shade woven into one’s writing from disability, memoir as protest, a rugged journey to wellness, and the consolations of deafness – these were all ideas explored in our guest posts by writers with disability over September. Honey Brown, author of five novels, described how writing saved her following a farming accident which left her with a spinal cord injury. Her first completed manuscript reminded her of who she was, while each subsequent story, she wrote, ‘revealed a little more of me.’ Writing gave her pride and restored her sense of self. Just as sadness can motivate one to write, so too can anger. In the process of writing her memoir, The Art of Being Deaf, Donna McDonald created ‘both a personal reckoning and a protest that stands alongside many other such accounts, contributing to a bigger picture of the struggle by generations of deaf and hard-of-hearing people around the world.’ Although Donna was dubious about the impact of her efforts, her memoir defies the assumption that to be deaf is to lead an impoverished life. The genre of memoir opens its hands to readers and guides them through the life of an author. Kate Richards, who suffered from depression and psychosis, was compelled to write Madness: a Memoir because she ‘couldn’t find any books written by someone with mental illness that expressed the ragged rawness of their experience, the intensity, the in-the-moment exhilaration or bewilderment or black despair.’ Her finished work details the baffling and often terrifying world of mental illness, the negative impact of the irregular provision of mental health services, and the solace of literature as she strove courageously to become well. I didn’t want to let go of Kate’s hand when I finished the book. I lost one of my senses – my hearing – when I was small, but the equally fundamental act of writing replaced it. Writing was foremost a means to process the painful emotions of deafness, but as my craft developed, it also became a vehicle for articulating the lives of other people on the margins. As I explained in my guest post, my two novels, A Curious Intimacy and Entitlement, express the emotions of my childhood and adolescence through their characters. They also make a plea to their readers to contemplate the effects of ostracism and estrangement from home and society, experiences which are common to people with disability.

Our readers also picked up and reviewed books by women writers with disability over this month, which was fantastic to see.

Elizabeth Lhuede of Devoted Eclectic bravely persisted with Gillian Mears’ Foal’s Bread after finding the opening emotionally distressing. She concluded ‘There aren’t too many books I can honestly say have changed my life, but Gillian Mears’ Foal’s Bread is one of them.’ Amazing words, indeed! Mears, who has multiple sclerosis, tells the story of Noah, her husband Roly and their daughter Lainey with an exquisite use of language. She also renders the complexity of childhood sexual assault with ‘remarkable sensitivity’, which gave Elizabeth a space to re-negotiate trauma from her own childhood. This book, Elizabeth writes, ‘could sneak inside your soul, break your heart, move even the most prosaic reviewer to poetry.’ Over at Whispering Gums, Sue contemplated Olivera Simić’s Surviving Peace: a political memoir. Written ‘unapologetically … from the point of view of a survivor’, the work details Simić’s post traumatic stress disorder, a condition which severely disables the lives of its sufferers, and which affected Simić following the bombing of Sarajevo. Among a discussion of the Yugoslav, Bosnian and Kosovo wars though which she lived, identity, ethnicity and the aftermath of war, the discussion of PTSD is ‘the most personal, intimate part of the book.’ Sue writes that she’s ‘never one to say you must read a book,’ but even without this gentle exhortation, her review has persuaded me to add this title to my TBR pile. Other mentions of disability in the books reviewed over September include Melina Marchetta’s Saving Francesca. The protagonist Francesca’s mother, as Rally the Readers writes, ‘fell into a deep depression that left the rest of the family at a loss to help her.’ Jessie Cole’s Deeper Water features a character, Mema, who has a club foot. Mema has an affinity with nature that erases her sense of difference, for the land ‘shored up all my weak points.’ In town, however, ‘all the straight lines and pavements tripped me up. The world became even, no undulations, and I became off centre.’ It’s an interesting challenge to the concept of the ‘civilised’ world, which often doesn’t treat people with disability well. Mema’s difference makes her attractive to a stranger to her town, a worldly older man, but Lou Heinrich of the Newtown Review of Books found this a ‘kind of an old story.’ One of the things I love about the AWW Challenge is that it introduces me to new writers. When I asked for suggestions to add to the list of Australian Women Writers with Disability, writer Michelle Dicinoski mentioned Dorothy Cottrell. I picked up Cottrell’s novel, The Singing Gold, and enjoyed its theme of a woman gaining financial independence through writing. I was also impressed with Cottrell’s nature writing, and I wonder if her attention to the natural world might have come about because, being confined to a wheelchair because of polio, she had an opportunity to observe more than most.

Polio also features in Joan London’s The Golden Age, reviewed by Brenda at GoodReads. It’s the story of two young people who meet at the Golden Age Children’s Convalescent Home in Perth, where they develop a ‘ burgeoning and secret friendship.’ Brenda describes the book as ‘melancholy and sad, uplifting and hopeful, the word pictures are painted with a passion that shows the fragility of life, the deep impressions of a childhood love and the strength of coping with what life sometimes throws at you.’

Indeed, among all of these stories – those reviewed by our readers and those of the guest authors – the most pervasive theme is that of resilience. Having a disability can be exhausting and humiliating, while our interactions with others often show us the ugly side of human nature. It’s no surprise that literature by writers with disability is threaded with so much darkness. Yet people with disability, like their able-bodied counterparts, still strive to live their lives well and to access love, education, relationships and respect. By reading the works of Australian women writers with disability, we can become aware of the issues they face and join them in their fight for accessibility and equality.

We also held a book giveaway for four books by the guest authors this month, and many thanks are due to Penguin Books for copies of Honey’s and Kate’s books. I plugged our 5 reviewers (minus myself, to be fair!) into random.org, and the winners are Sue, Elizabeth, Brenda and Lou. Thank you for your reviews, and I’ll contact you about your books. In the meantime, if anyone would like more ideas for Australian women writers with disability, you always can head to the list on our diversity page.

I’m Jessica White, a novelist and researcher, and I’ve been deaf since age 4 when I lost most of my hearing from meningitis.  I have a PhD from the University of London and have published two novels with Penguin, A Curious Intimacy (2007) and Entitlement (2012).  I’ve recently received funding from the Australia Council’s new Artists With Disability program to write my third novel, The Sea Creatures.  You can find more information about me at my website.  I’m also on Twitter @ladyredjess.