Interview with Paddy O’Reilly, Author of The Wonders 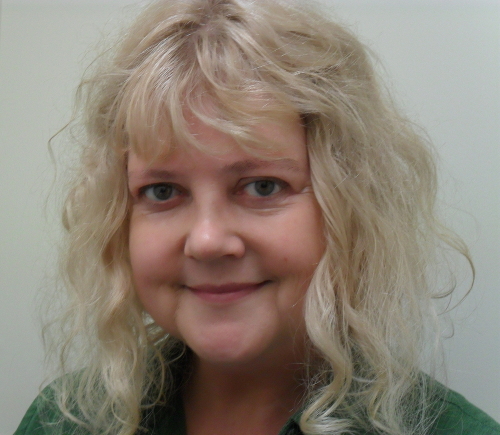 Paddy O’Reilly won the Age Short Story Award in 2002, and has since published three novels and a short story collection in Australia, Europe and the USA. Heart of Pearl, a short film for which she wrote the screenplay, was nominated for an Australian Film Institute award. Her latest novel is The Wonders.

We had books in our house but, more importantly, we were regular library borrowers. As the youngest of the family I first read all the hand-me-downs, which were old and musty because I was a late arrival, and which my older sisters and brother scorned because they had outgrown them. So the biggest thrill for me was discovering books at the library. Every week we would go to the library and get new books, and the closer I got to being able to borrow from the adult library the more excited I became. In preparation, I read books from the bookshelf in our lounge room: From Here to Eternity, The Vivisector, Agatha Christie mysteries, The Grapes of Wrath. At 11 or 12 years of age I was too young to understand them properly, but I was fascinated by them all the same. This was the adult world and it was dark and I was longing to get there.

Your screenplay for the short film Heart of Pearl was nominated for an AFI award. How did writing for the screen compare to writing short stories/novels?

Writing for film was an extraordinary experience, utterly different to writing fiction. The process was long and involved all sorts of constraints fiction writers need never worry about. If a novelist wants to have an Arabian desert scene in her book, she writes it in. If a screenwriter wants the same in a film, the cost of filming that scene will add millions to the budget. If the budget is limited, you have to write your way around such things. Heart of Pearl was set on a Pacific Island. It was filmed on some vacant land in Sydney but you would never know, thanks to the extraordinary photography by Andrew Taylor. Aside from budgetary constraints, you have a director and a producer who want to have a say, and in a full length feature you might have many more people involved in vetting and changing the script. Then when the film is made, all kinds of things can happen: scenes can’t be shot; filmed scenes turn out badly; in the editing room it becomes clear that the ending doesn’t work; etc. And at that point, you are no longer involved in the project. So what you end up seeing on the screen may not be what you thought you had written. (In the case of Heart of Pearl, I have to say that wasn’t the case, but I have worked on another project where the film turned out quite differently to what was on the page.) You have to learn to let go.
Apparently there are a number of screenwriters in Hollywood who make a good living yet have never had a film produced. That would be depressing. Unfortunately, I eat. That, of course, doesn’t help at all. Walking helps. Mundane tasks help. At a certain point, bloated and still stuck, I’ll try ways to trick myself. I might change tack and start something different, something that I tell myself is simply playing around. I might decide that the work I’m stuck on is no good and try to find one paragraph or one line that has some life and start over from there. If I am desperate, I might force myself to sit down at the computer with the screen blacked out and write for fifteen minutes. I’ll walk again or pull some weeds or take a shower. I think swimming would be great – that delicious and freeing immersion in water – but I don’t like swimming pools and I’m too far from the sea.

I’m doing the final edits for a short story collection that will be out in the middle of 2015. It’s called Peripheral Vision and will be published by UQP. I’m thrilled to be published in UQP’s loose series of short story collections that includes writers like Jennifer Mills, Abbas El-Zein and Josephine Rowe. Most of the stories in Peripheral Vision have already been published in literary magazines or anthologies.

We are lucky to have such a vibrant culture of small magazines and literary enterprises here. Each time I get a new issue of a magazine I find exciting work by new writers and I keep an eye out for more of their writing. It’s fantastic to watch them coming out into the world.

The trouble with a question like this, and I’m sure we all feel this way, is that I love so many books by Australian women writers it feels like a betrayal to pick one. So I’ll talk about one of the books that inspired me when I was starting to write. Lillian’s Story by Kate Grenville is a book with huge energy. It is often funny despite the darkness of the character’s early life, and it gives voice and power to a character who broke out of all the strictures of her time about ‘being a woman’ in a way that is both tragic and oddly uplifting. The prose is rich and clean, the imagery is sumptuous, the narrative proceeds and coheres beautifully in titled fragments. Lillian’s Story is one of the books that made me feel I could write whatever, and in whatever way, I wanted. If you haven’t read it, you have a treat awaiting you.

The Fine Colour of Rust, reviewed by Katie Keys

The Wonders, reviewed by Michelle McLaren