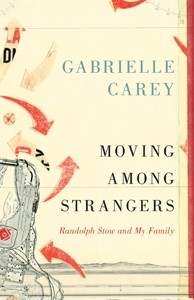 After our wonderful contributing editor Yvonne Perkins had to resign from her role midway through 2014, we didn’t have anyone writing the round-ups for Histories and Life Writing, so this overview will function as both overview and round-up.

For the 2014 challenge, 134 titles were listed in the category Histories, Memoirs and Biographies. This represents 8% of the total number of reviews. Yvonne posted a number of round-ups of the reviews linked to the challenge early in the year including:

In the second half of the year, another 51 reviews were posted of 51 separate titles. Anne Summers had three different books reviewed: The Misogyny Factor, reviewed by Subversive Reader; Ducks on the Pond, John Nebauer; and The Lost Mother, reviewed by both Debbie Robson and S’hi D’Amour. Two books by Hazel Rowley were reviewed. The first, Franklin and Eleanor: an extraordinary marriage (2012), was reviewed by: S’hi D’Amour and Peter Corris. The second, Tete-a-tete: The Tumultuous Lives and Loves of Simone de Beauvoir & Jean-Paul Sartre (2005), was reviewed by Peter Corris. while some authors had more than one book reviewed:

So what of the many books which only attracted one review? Of these, 15 were released in 2104:

It’s interesting to note that, of the books published in 2014, only two attracted multiple reviews, the aforementioned The Poet’s Wife by Mandy Sayer and Tanya Saad’s From the Feet Up. What does this tell us? That the age of the book is no barrier for reviewers of Histories, Memoirs and Biography? Or that reviewers are waiting for recommendations from judges of prizes and other reviewers before taking the plunge and reviewing a book?

My guess is that it shows the value of the sites like Newtown Review of Books (with NRB’s Kylie Mason reviewing four of the above titles), as well as the Australian Women Writers challenge.

Are you passionate about histories and life writing? Would you like to help out with the challenge? If so, why not consider joining the AWW team and becoming our round-up editor? Even some help through the year would be much appreciated.