Romance, Erotica and Romantic Suspense Update and Overview for 2014 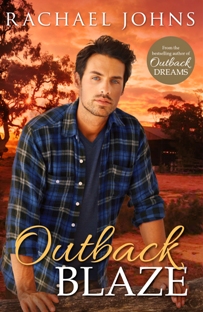 In this wrap-up of the “Romance, Erotica and Romantic Suspense” category for the 2014 Australian Women Writers Challenge, I’m guessing what you all want to know:

Of the 1590 reviews linked to the 2014 AWW challenge, 265 of these were labelled by reviewers as “Romance, Erotica and Romantic Suspense”. This represents approximately 17% of the total. Of these authors, 10 attracted five or more reviews. These were:

The title that attracted the most reviews (7) was Helene Young’s Safe Harbour. Congratulations, Helene! Among our “Top 10” authors, half write rural romance: Rachael Johns, Cathryn Hein, Fiona McCarthur, Fiona McCallum and Karly Lane. (Note: some titles were also labelled “General Fiction” and appear in that wrap-up, so the statistics are skewed.)

Interesting, too, of our “Top 10”, four were shortlisted by the Australian Romance Readers Association (ARRA) for their 2013 “Favourite Australian Romance Author Award”: Rachael Johns, Cathryn Hein, Helene Young and Kylie Scott. The overall winner, toppling previous multi-year winner Anna Campbell, was Kylie Scott. (Details of all the ARRA awards can be found here.)

There were 12 books listed as “self-published”, although one of these, Lily Malone’s Fairway to Heaven has been picked up by Escape Publishing and will be released in 2015. Among the 12 books described as self-published are five authors who have also been traditionally published: Sarah Mayberry, Rachael Johns, Mel Teshco, Ainslie Paton and S E Gilchrist. Now to the reviewers.

Of the 43 reviewers who reviewed in this category for 2014, most reviewed fewer than three books. By contrast, nine wrote 10 or more reviews. These were:

Monique and Kaetrin weren’t far behind, both reviewing another eight books each. So, in effect, eleven reviewers accounted for 72% of the total number of reviews, or 193 out of 265 reviews. (Amazing effort – thank you!)

And how did the AWW blog go?

During the year, Marg posted five round-ups of reviews in this category and I posted one (April): As there were no roundups for October, November and December, I thought I’d mention here some of the reviews that came in towards the end of the year. In October there were 20 reviews, November had 17 and there were 22 in December. Titles reviewed included:

This list of reviews reminds us that this category combines a number of subgenres, including “category”, “rural”, contemporary and historical romance, as well as romantic suspense and erotica, as well as books for both adult and younger audiences.

There were many more individual titles reviewed for the challenge in 2014. With the new database, we hope you’ll soon be able to search for them. In 2015, we aim to post more regular romance round-ups, but it’s a lot of work behind the scenes. If you’re a keen romance reader and would like to help on the AWW team, maybe you’d consider joining us?

Lastly (because I can)… While I founded the AWW challenge to help overcome gender bias in the reviewing of books by Australian women, I’m also aware of a massive bias against the romance genre. Consequently, although my writing has been more suspense-oriented in recent years, I’m very proud to announce that one of my own romance novels, Snowy River Man, was picked up last year by Escape Publishing and will be released on 22 February. (That’s next month!) You can find more about it here on Goodreads. Needless to say, I’d be thrilled if someone could review it for the challenge. (Honest reviews only, of course, but I hope you love it. It was a finalist some years ago in the Clendon Award.)

Thanks, everyone, for your continued support of AWW. Here’s to another great year with #aww2015! (And while you’re here, why not subscribe to our new-look blog?) About me: My debut novel, Snowy River Man – a rural romance with suspense elements – will be published by Escape Publishing on 22 February 2015 under my pen-name, Lizzy Chandler. In between writing, I read and post reviews under my own name, Elizabeth Lhuede, at Devoted Eclectic. I also tweet via @elizabethlhuede, @auswomenwriters and @Lizzy_Chandler. If you’d like to request a review copy of Snowy River Man for the challenge, please let me know.