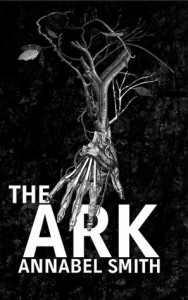 Two hundred and forty-nine (249) speculative fiction books were reviewed and submitted to us as part of the Australian Women Writers Challenge in 2014. If we only count “adult” books (that is, not YA or children’s), the number is 124, which is not a bad effort.

We had reviews of 84 books written by 66 authors submitted by 64 reviewers. Glancing at last year’s results, I think there were fewer multiple reviews per book this year, but I’m not sure what the significance of that is. (Are people reading more broadly or are people not paying attention to each others’ recommendations?) It will be interesting to see if that changes in 2015, once we have all the new features of the website up and running. For now, however, you can still look through all of the 2014 spec fic reviews here. The most popular book reviewed in 2014 was The Ark by Annabel Smith with seven reviews since its release in September. You can read reviews by Jane Rawson, Louise Allan, Whispering Gums, Orange Pekoe Reviews, Me, Monique @ Write Note Reviews and Sean the Bookonaut. And to give you an idea of what it’s about, here’s an excerpt from the blurb:

The year is 2041. As rapidly dwindling oil supplies wreak havoc worldwide a team of scientists and their families abandon their homes and retreat into a bunker known as The Ark, alongside five billion plant seeds that hold the key to the future of life on Earth. But The Ark’s sanctuary comes at a price.

When their charismatic leader’s hidden agenda is revealed it becomes impossible to know who to trust. Those locked out of The Ark become increasingly desperate to enter, while those within begin to yearn for escape. Another big review draw in 2014 was Marianne de Pierre’s new release, Peacemaker. It’s a sci-fi western, set mostly in an outback theme park, and you can read reviews of it from: Jason Nahrung, Stephanie Gunn, Me, Keith Stevenson, Shaheen @ Speculating on SpecFic and Dave Versace. For a little bit more info, here’s part of the blurb:

Virgin Jackson is the senior ranger in Birrimun Park – the world’s last natural landscape, overshadowed though it is by a sprawling coastal megacity. She maintains public safety and order in the park, but her bosses have brought out a hotshot cowboy to help her catch some drug runners who are affecting tourism. She senses the company is holding something back from her, and she’s not keen on working with an outsider like Nate Sixkiller.

When an imaginary animal from her troubled teenage years reappears, Virgin takes it to mean one of two things: a breakdown (hers!) or a warning. Dead bodies start piling up around her, so she decides on the latter. Something terrible is about to happen in the park and Virgin and her new partner, U.S. Marshall Nate Sixkiller, are standing in its path… Rounding out the top three books is a big fat fantasy novel (BFF) by Glenda Larke. The Lascar’s Dagger is the first book in an exciting new fantasy trilogy that was enjoyed by everyone who read it. You can read reviews from Me, Jason Nahrung, Helen Venn and Shaheen @ Speculating on SpecFic. And to give you a taste for the book:

The world thinks of Saker Rampion as a priest, a gentle man preaching peace. The truth is, he’s a spy for the head of his faith, posted in the court of King Edwayn.
It’s a time of fear — as a mysterious and monstrous disease sweeps the country —but also opportunity —lucrative trade is opening up overseas, and what’s grown on the Spice Islands is rumored to cure the demonic plague.
However when the king uses his own daughter as a pawn in trade deals, Saker cannot help but get involved. And for his trouble, he may just end up excommunicated, or even dead…

There were also two books which garnered three reviews each, both of them dark BFF. There was The Falcon Throne by Karen Miller, another opening volume of a new series. The reviewers found the book immersive, stylistically brilliant and epic and intriguing (click through for the reviews). The other three-review book was North Star Guide Me Home by Jo Spurrier, this time the last book in the trilogy. The reviewers found it heart-wrenching, less dark than the middle book and challenging in it’s journey “through cruelty to transcendence”. There were also a couple of reviews of the first book in the series, Winter Be My Shield, and one of the second Black Sun Light My Way.

There were, of course, 77 books reviewed in addition to the ones I’ve mentioned above and this post would get very long if I listed all of them. I’m going to briefly highlight a few below, but remember, you can browse the whole list on our Weebly site (and coming soon, a fancy new feature will be added to this website… watch this space).