Crime Fiction and True Crime: Round Up One 2015 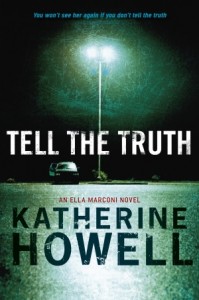 From the crime genre perspective there’s been a peculiar start to the fourth Australian Women Writers Challenge. While there have been a healthy 25 reviews posted not a single book has been reviewed multiple times. I don’t remember this ever happening during my two previous years as co-host in charge of all things criminal. I suppose it is because there’s only been one ‘big name’ release for the genre during this time and that book, Katherine Howell’s TELL THE TRUTH which was released on 1 February, is reportedly proving elusive for would-be purchasers. We’ve only had one review of it from Brenda who succinctly reports “Filled with twists and turns, it has a fast pace and great plot”.

So, in the absence of a ‘most popular’ book to discuss I shall spend the rest of this roundup highlighting my favourite reviews for the year so far.

Set in South Australia’s sinister suburban underbelly, the novel brings to life a variety of strong and sometimes rather nasty characters.

As I live in SA and am woefully ignorant of where to locate the sinister suburban underbelly I was intrigued (I’m not suggesting it doesn’t exist but rather acknowledging the truth that I am a recluse with a fading grip on reality). Monique goes on to say

Mina Everton, is the novel’s heroine; the deserted daughter of an embezzler is trying to prove herself in a town that judges her by her absent father’s actions. Her plan is to set up her own antiques business, but in doing so she unearths questions about her father’s disappearance and attention from people who would do anything to keep the truth buried…Pieces of a Lie combines noir with romantic suspense and does it solidly. This, combined with the nasty characters Mina finds herself up against, plenty of twists, and a sinister environment, leads to a novel that maintains tension throughout….The tension is less strong in the romantic side, so I’d say this has romance elements – read it more for the crime/thriller aspect.

Over at Books and Musings from Downunder Sally reviewed THE BELLAMY BIRD by Clare Havens which is a new release mystery aimed at middle-school kids in which two children travel back in time to attempt to prevent the robbery that caused their family’s downfall. Her review will send readers of a certain age/disposition on a trip down memory lane.

I first heard about THE BELLAMY BIRD when a group of online buddies were discussing it avidly – words being used to describe it such as Famous Five, Hercule Poirot and the Swallows and the Amazons were being bandied about in very positive ways…Such a fast paced and fun read that certainly brought back memories of my own childhood play in the 60s and some of my favourite books. When my friends and I went for walks they were NEVER just walks – they were adventures. We’d agree on some imaginary foe be they Pirates, Gypsies, Indians, Kidnappers or bank robbers and off we’d go. I’m not sure kids do this anymore. Shame really. But at least they have access to books like THE BELLAMY BIRD to show them the way [if] they want to. The mystery of who stole what, why and how lasted until the very last page.

At Fair Dinkum Crime I discussed PRESENT DARKNESS, the fourth of Malla Nunn’s novels set in 1950’s South Africa. It opens with a white couple being killed and their daughter identifying to the series’ hero Emmanuel Cooper two black boys as the culprits. I wrote

…skin colour is the single most important attribute each human has in the world Nunn depicts so vividly. It determines where you can live, what jobs you can get, what kind of health services you have access to, whether or not anyone in authority will give a damn when you are the victim of a crime and a myriad of other aspects of your life. I knew all of this on some intellectual level before reading Nunn’s books but I don’t think I’ve ever really understood how invasive apartheid was during every moment of every day. Cooper, who appears here in his fourth novel, is of mixed race heritage but ‘passes’ for white and compounds his law-breaking by living with a mixed race woman with whom he has now fathered a child. They live in constant fear of being found out by the wrong people.

All of Nunn’s books are terrific but I think this is her best work yet.

At Brona’s Books the site’s host has been somewhat consumed by Dorothy Porter of late and was compelled to read Porter’s 1994 crime novel told in verse. She says of THE MONKEY’S MASK

[It] is part crime thriller (Jill is an ex-cop turned private eye), part sexy romp (Jill is a lonely lesbian), part romance (Jill falls in love), part poetry appreciation 101 (Jill’s case is a murdered poetry student)…There are times Jill sounds like a poetic Philip Marlowe! And just like Marlowe’s cases you feel the tension rise. You can see the mystery unfold until you want to cry out “look out! behind you!”…The Monkey’s Mask is gritty, exciting & passionate. Not one single word is out of place.

[It] is Vanessa’s debut novel and the first in the promising Edge of Darkness crime series featuring her strong female antihero, Detective Berg (otherwise known as Alicia Raymond) and I was so drawn into the story that, if I didn’t need sleep in order to function properly the next day, I probably would have read straight through the night.
Vanessa’s character development is impeccable and I found myself rooting for the emotionally battered Berg as well as becoming just a little infatuated with the sexy and compassionate character of Jay O’Loughlin as they raced against time to catch a killer…The atmosphere and emotion add to the richness of the landscape that these characters live in and Vanessa keeps the suspense tight, revealing nothing until she absolutely wants to…

It is delightful once again to see such diversity of subjects, writing styles and themes being explored by Australian women crime writers and the reviewers who read them. I hope you’re tempted to add at least one new title to your reading lists.