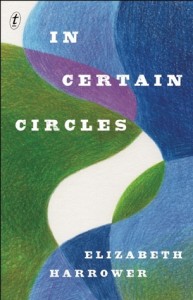 Can you believe it? We are now in our fourth year of the challenge, and our third year of blogging about it. Those of you who have been with us for a while will have noticed that each year we have changed our blog to make it more efficient and flexible. This year’s big change is that we have gone self-hosted, one advantage of which is that we will be able to present a single searchable database of all our reviews. This isn’t quite ready yet, but it is coming. I can’t wait …

What do we mean by Classics and Literary?

My area of responsibility is somewhat of a grab-bag. The Classics part is pretty self-explanatory. Although there will always be arguments about exactly what is a classic, about where we draw the line, we generally agree that a classic is an older work that has stood the test of time. That’s a loose definition, but a workable one.

Literary, though, is another matter. For the challenge, “Literary” is a “form” or “sub-genre”, which means it can be applied to ANY work – fiction, non-fiction, poetry, short stories, and so on. The implication for my round-ups is that all works that appear in my area, also appear in other challenge areas (such as General Fiction or Crime or Memoir) and may therefore be covered by other round-ups. This isn’t a bad thing! Another implication is that while reviewers posting reviews MUST allocate a genre, they can opt whether or not to allocate forms/sub-genres. This can result in inconsistency, because it is easy to forget something that’s not mandatory. Consequently, those of us responsible for forms/sub-genres (Diversity is another example) do sometimes edit entries to ensure we catch all relevant reviews. If we do that to one of your reviews, and you don’t agree, let us know. OK?

The new challenge year has started very nicely, with 32 reviews posted – a significant increase on last January’s 23! Is that because we Down Under had a cooler January than usual? Were we all inside reading rather than outside swimming, picnicking and barbecuing? Or, are we just reading more Aussie women? I’d like to think so. Regardless, I have some observations (as usual) to make:

As always, I’m starting with the Classics. We had three reviews this month: Elizabeth Harrower’s In certain circles, Joan Lindsay’s Picnic at Hanging Rock, and Christina Stead’s Seven poor men of Sydney.

Elizabeth Harrower, whose work has seen quite a resurgence due, I expect, to Text’s Australian Classics series, is becoming one of our regular Classics authors. In certain circles is an exception to our “classics” definition because, while it was written in 1971, it was withdrawn from publication and not published until 2104. However, I’ve been counting it as a classic because of its 1971 writing date and because all her other works reviewed for the challenge do meet our classics definition. Jennifer Cameron-Smith enjoyed the book:

In this novel (and in fact) Australia is not as egalitarian as it pretends to be. And that is an uncomfortable truth which I’d like to ignore, but can’t. I enjoyed the way Ms Harrower constructed this story, and I wondered why the novel was withdrawn from publication after it was completed in 1971. In some ways, I think Australia has become even less egalitarian since then. I’ll be adding Ms Harrower’s other novels to my reading list.

Jennifer also reviewed Christina Stead’s Seven poor men of Sydney. The novel, Stead’s first, is set in Sydney (of course!) in the 1920s, and focuses on seven men and a woman. Jennifer liked it, writing that

I will reread this novel, not so much because of the story but because of the language used and the relationships depicted. This is one of those novels that made me stop frequently, to think about how life may have changed, or not, for the poor and the idealistic.

I can understand that. Stead’s writing and her exploration of relationships are her strength.

Verse novels make many readers nervous, and yet most of us, when we take the plunge, discover that they are much “easier” to read than we thought and well worth giving a go. Two years ago, Lisa Jacobson’s verse novel, The sunlit zone, was short-listed for the Stella Prize. I’m sure that helped raise awareness about the form. It certainly garnered a nice number of reviews for our challenge. Louise (A Strong Belief in Wicker) is a self-described late-comer to verse novels. She wrote this of Emma Cameron’s young adult novel Cinnamon Rain:

Cinnamon Rain is an excellent novel, that just happens to be in verse. I’m so glad that Steven Herrick taught me to read verse novels last year. It has really opened up the format for me. Previously I would have rejected it simply because it was a verse novel. Now, I’m becoming bolder, reading verse novels by different authors – and really enjoying them. I don’t think that there’s been one that I haven’t liked so far.

A couple of other verse novels were reviewed for the challenge this month, including Dorothy Porter’s The monkey’s mask. It’s almost a classic now. It was published in 1994, is regularly taught in university, and was also adapted for film. Brona reviewed it, and clearly, like me, is a Porter fan:

I won’t write much about the poets, as one of my challenge colleagues has specific responsibility for this area but, given the record number of reviews this month, I do want to say something! I appreciated Jo Tamar’s (Wallaby) review of Eileen Chong’s Peony, partly because of her analysis of the book itself, but also for her following comment:

… that’s the nice thing about a book of poems, you don’t have to love them all for it to be a good book. This is a book of poetry which is well worth a look.

This applies to short story collections, too, doesn’t it?

The other poetry review I’d like to highlight is Debbie Robson’s of Judith Wright’s Phantom dwelling. Judith Wright, who died in 2000, is one of Australia’s most significant poets, and was known for her activism, particularly in relation to the environment and indigenous rights. Robson writes that she was disappointed! What the? But read on …

Not disappointed because of this marvellous poet’s writing but disappointed that time has blunted and made old the political stance she has taken in some of her poems.
She would be appalled by what has happened to our country since she died. Can’t you hear her turning in her grave?

She sure would … and that seems like a good place to end my January round-up.