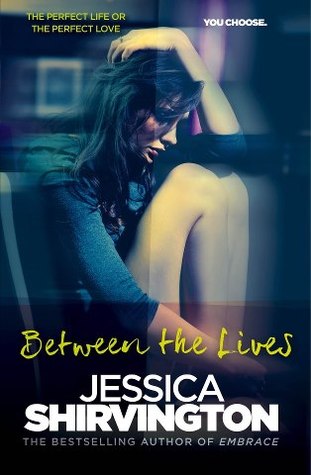 Welcome to the January 2015 round-up of YA Speculative Fiction! For as long as she can remember, Sabine has lived two lives. Every 24 hours she Shifts to her ′other′ life – a life where she is exactly the same, but absolutely everything else is different: different family, different friends, different social expectations. In one life she has a sister, in the other she does not. In one life she′s a straight-A student with the perfect boyfriend, in the other she′s considered a reckless delinquent. Nothing about her situation has ever changed, until the day when she discovers a glitch: the arm she breaks in one life is perfectly fine in the other.

Of the 17 reviews submitted in January 2015, three of them are for books by Jessica Shirvington. Tsana has reviewed Between the Lives, a stand-alone novel about a girl who lives each day twice in different bodies, and recommends it to audiences who enjoy both contemporary and speculative fiction stories. “The speculative element is minor enough that it could be categorised as pure contemporary (and I think it was by the publishers) but there’s a distinctive “what if” science fictional vibe to it which should also engage fans of speculative fiction.”

Tien @ Tien’s Blurb reviewed Embrace and Enticed, the first two books in Jessica Shirvington’s The Violet Eden Chronicles, which follow a teen girl entangled in the affairs of angels. Tien was impressed with the main character, describing her as “intelligent, loyal, courageous, and really, quite sensible”, and liked that the sequel was just as good as the first book. She’s committed to reading the entire series soon!

When Grace Tate became one of the fallen to protect a vampire, it got her into more trouble than she’d bargained for. She’s angry at Charlotte for hiding the truth, and with Josh living in the city and Seth missing, life is harder than ever.

Cassandra Page has reviewed Fight For Me by K.A. Last, the sequel to Fall for Me, and has liked it just as much as the first book. “As with Fall For Me, Fight For Me had an awesome plot twist at the end, and again I didn’t see it coming, although in hindsight the clues were there. I love that!”

Kaleidoscope is a crowd funded anthology that sought out YA speculative fiction that was written by a diverse range of writers and featured diverse characters.

Mark Webb has reviewed the short story anthology Kaleidoscope, which is published by an Australian small press and features the work of three Australian women (Tansy Rayner Roberts, Faith Mudge, Holly Kench). Mark liked that the characters in all the stories were diverse: “I particularly liked the requirement that characters were not to be “cured” of their diversity.” He ends off a thorough and detailed review of all three Australian stories (and one by New Zealander Karen Healey) with “[T]his is an excellent anthology and I commend it strongly to you. If you have ever despaired at the lack of variety in who is represented in speculative fiction, this is the book for you. If you love YA oriented speculative fiction, this is for you. Highly recommended.”

Seventeen-year-old Isla Blackman only agrees to participate in a Halloween party séance because Dominic, an old crush, wants to. She is sure nothing will happen when they try to contact the spirit of her mother. But the séance receives a chilling reply. SHE IS NOT DEAD.

Brenda has reviewed Isla’s Inheritance and Isla’s Oath, the first two books in a paranormal series by Cassandra Page. She describes the first book as “light and entertaining with great characters and a well-orchestrated plot, the storyline is excellent”, and was equally impressed with the sequel.

Upcoming Titles: Look out for February releases Avery (The Chronicles of Kaya #1) by Charlotte McConaghy, The Fire Sermon (The Fire Sermon #1) by Francesca Haig, A Small Madness by Dianne Touchell, Eat the Sky, Drink the Ocean anthology edited by Kirsty Murray, Payal Dhar and Anita Roy, and March releases Every Move (Every #3) by Ellie Marney and The Hush by Skye Melki-Wegner.

News: The title of the third book in Amie Kaufman and Meagan Spooner’s Starbound series is THEIR FRACTURED LIGHT.