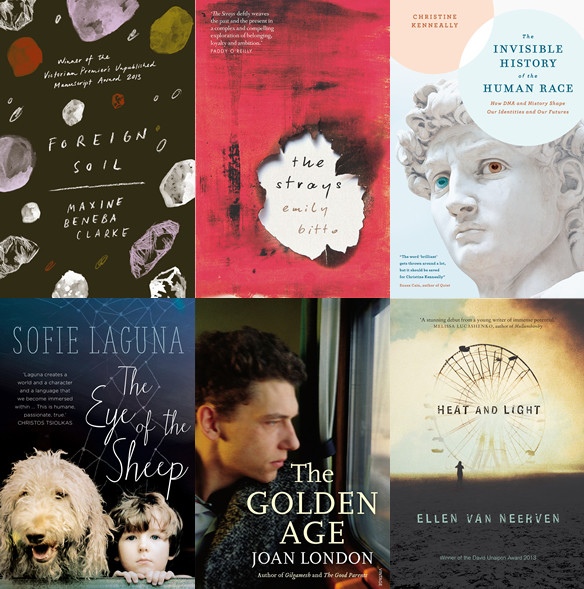 The shortlist for the 2015 Stella Prize has been announced. The six shortlisted titles are:

Twelve titles were chosen from more than 150 entries to form the longlist. Congratulations to all longlisted and shortlisted Stella Prize authors!

Stella Prize executive director Aviva Tuffield said: ‘We are thrilled with the strength and diversity of the 2015 Stella Prize shortlist. These six remarkable books explore themes of identity, family, displacement and belonging, with distinctly Australian resonances. Two of the books are debut works, which speaks to the talent of Australian women writers, even those just beginning their careers as authors.’

The Stella prize is presented for the best work of fiction or nonfiction by an Australian woman published in the previous calendar year. The 2015 Stella Prize will be awarded in Melbourne on the evening of Tuesday 21 April. The winner will receive a cash prize of $50,000. Each of the finalists will also receive a cash prize of $2000 as a result of a donation from the Nelson Meers Foundation.

There are several great initiatives happening around the Stella including an online shortlist book club and the Stella Prize Schools Program which was launched in 2014.

If you’d like to participate in the online Stella Book Club, the first book being discussed is Maxine Beneba Clarke’s short story collection Foreign Soil. You can join in between 8pm–9pm AEDT on Monday 16 March using the hashtag #Stella2015. You’ll be in great company as Stella @thestellaprize and Kill your Darlings @kyd_journal will be leading the discussion.

If you’d like to read about the latest Stella Count, you can do so here.

Please keep your reviews coming in and they will be made accessible via this link.