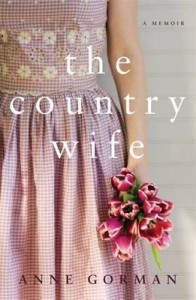 Welcome to the second History, Memoir and Biography Round-Up for 2015 and to my very first post for AWW. I was thrilled when Elizabeth invited me to join the AWW team. I hope I can live up to the high standards set by previous and current contributors.

In the past two months there have been 12 books reviewed for this category (HMB).

Cranky Ladies of History, Bad Behaviour, The Dangerous Bride and In My Mother’s Hands were all reviewed twice. The rest were singletons.

My aim is to include a little taster from all the reviews – even the less than glowing reviews. Personal reaction plays such a big part in why we all read (and blog). The less than favourable responses can often produce thought-provoking discussions about differences in timing, mood, style, preconceived expectations, biases etc.

Jennifer @ Goodreads was our star reviewer in HMB this round-up reading two books. First up was Anne Gorman’s memoir, The Country Wife:

Against a backdrop of historic change, from the Second World War to Vietnam to the sexual and political revolution in the 1960s and 1970s, an uncertain young girl becomes a women of substance.

She found it to be “absorbing and interesting” and hopes that Gorman writes a follow-up book to fill us in on her more recent history.

Jennifer also read and reviewed the Australian classic Caddie: An Autobiography of a Sydney Barmaid  and had this to say about it:

Caddie’s account of life as a barmaid – when bars were segregated on gender lines, with the barmaid being the only female in the main bar, of the ‘six o’clock swill’ – when many drinkers tried to drink as much as they could before the bar closed at 6pm, of SP bookmaking, and of the grinding poverty experienced during the Great Depression makes for an interesting account of these times. The underlying theme of the story is the stoicism and strength of a female ‘battler’. It’s difficult to know how much of this story is true and how much it has been embellished in the telling. Perhaps it doesn’t matter: we admire our archetypal heroes, and Caddie’s story enables her to fit that role.

Cathy @Wandering Sheila read The Dangerous Bride by Lee Kofman. She felt that it may not appeal to everyone but “I think her thoughts are well worth reading. Her prose is so descriptive and really beautiful.”

an original book that combines compelling memoir with journalistic enquiry (she interviews a number of people leading non-monogamous lifestyles) and deep deliberation on the sacredness of sexual connection and its varied possibilities. It is by turns an autobiography, a rollicking weekend-magazine long-form piece of investigation, and self-help book. It is constantly engaging and surprising, and Kofman’s is a refreshing voice on the Australian literary scene….This book is surprising from beginning to end, and the kind of thing one is wary to press onto friends, though one wants to sings its praises from the rooftops.

Debbie @ Goodreads read A Fig at the Gate by Kate Llewellyn. This is one memoir I would like to read myself. Debbie has tempted me with this quote:

With poems interleaved with her gardening, this book is a lovely, joyful and wise companion.

Josie had a very strong personal reaction to Listening to Country by Ros Moriarty. Based on her own personal experiences and her beliefs about what she thought the memoir was going to be about, Josie failed to connect to the author’s intent.

Cranky Ladies of History edited by Tehani Wessley was reviewed by both Shelleyrae @Book’d Out and Sean @ Adventures of a Bookonaut. It’s an anthology compiled for Women’s History Month, featuring 22 authors and stories about real female historical figures. Both were pleasantly surprised by how entertaining and fulfilling the collection was.

Bad Behaviour by Rebecca Starford was reviewed by Brenda @ Goodreads who found it “to be an easy read though the content was disconcerting in places”, while Kate @Books Are My Favourite and Best explored Starford’s intent:

The book works hard to link what happened during Starford’s boarding school year to her experiences in relationships as an adult. Of course, there’s no perfect experiment to measure the effect of childhood experiences on adult decisions – in this case, I suspect Starford is still grappling with the linkages and as a result, her ruminations don’t feel fully-formed (or resolved) – I’m not sure that writing the book was the full cathartic experience she may have hoped for.

Biff Ward’s In My Mother’s Hands gave Sue @Whispering Gums the opportunity to discuss what is a literary memoir?

nonfiction side of literary nonfiction; the narrative form and structure disclose the writer’s artistry; and finally, its polished language reveals that the goal all along has been literature.’ (from Wikipedia)

Language is, in fact, a significant issue in the book because in those awful days when mental illness was not understood, Ward, her father and younger brother had no language to explain to each other, let alone to outsiders, what they were experiencing.

Jonathan Shaw @Me fail? I fly! found that the memoir “makes a substantial contribution to our understanding of families, of Australian intellectual history, and of the horrifying ordeal known in the medical profession as mental illness.”

Both In My Mother’s Hands and Bad Behaviour were recommended by their reviewer’s as being good book club reads.

About Bronwyn: I have been a book blogger at Brona’s Books since 2009 and a bookseller (specialising in children’s literature) in Sydney since 2008. My previous incarnation was an 18-year stint as an Early Childhood teacher in rural NSW. I taught myself to read when I was four by memorising my Dr Seuss books. I haven’t stopped reading since.  You can find me on Twitter @brona68.