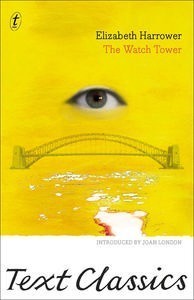 I see a pattern developing. For the third year in a row March statistics for Literary and Classics (and perhaps for other areas too?) are significantly higher than those for the first two months of the year. Perhaps we really don’t do all that summer beach reading those pre-Christmas booklists assume and only get down to serious reading as summer passes and we move into the cooler months? Is that what you do? Hmmm, for me January is often my biggest reading month – but then, I’m not a beach girl.

As always, March is when the Miles Franklin Literary Award longlist is announced, but I’ll write more on that below. You might also like to read Paula Grunseit’s post for the Challenge on the longlist.

Forty-four reviews were posted this month, 15 more than last month. They covered 29 authors, for 34 different books.

Highlights for the month are:

Three classics were reviewed this month.

Catsalive reviewed May Gibbs’ The Complete Adventures of Snugglepot and Cuddlepie. She had never read it as a child, and said that while she enjoyed it, she thinks she would have enjoyed it more when young. She wonders “why it was the Banksias’ lot to be the bad guys?” Good question! Anyone have a theory?

Elizabeth Harrower’s The Watchtower was reviewed by Jennifer Cameron-Smith who called it:

a thought-provoking novel. It is uncomfortable and confronting, raising questions about choices, and imbued with an undercurrent of malicious destruction. I am uneasy with aspects of the story, they reflect a reality I have observed.

I agree. This is a novel you don’t forget easily.

The last classic reviewed this month was Henry Handel Richardson’s coming-of-age novel, The Getting of Wisdom. It too was reviewed by Catsalive, but she didn’t particularly like it. She could empathise with Laura’s “confusion & uncertainty” but didn’t like Laura.

As Paula described in her post on the longlist, eight of the longlisted books are by women. Seven of these have been reviewed by Challenge reviewers, but we are still looking for a review of debut novelist Suzanne McCourt’s The Lost Child. Two of the longlisted books were reviewed, and both twice, this month: Favel Parrett’s When the Night Comes and Christine Piper’s After Darkness.

When the Night Comes is Favel Parrett’s second novel, and her second to be longlisted for the Miles Franklin. Indeed, her debut novel Past the Shallows was also shortlisted for the award. Jonathan Shaw, one of our regular male reviewers, praises Parrett’s lucid prose and says that:

the strength of the book lies in it depiction of the delicate connection between these two people that allows Isla to imagine herself in a much bigger world, and Bo to find sweet companionship. It feels easy, but when you consider we live in a climate where closeness between an adult male and a child not his own is often looked on with deep suspicion, I can only say I’m deeply impressed – and grateful – for what the book offers.

Jonathan mentions that the book is, really, two books or stories, one about Isla and one about Bo. Louise (A Strong Belief in Wicker) was rather frustrated that the link between these two stories wasn’t clear until about 120 pages in, and, overall, enjoyed Isla’s story more.

While Parett’s novel has a cold setting (Tasmania, Denmark and the Antarctic), Christine Piper’s debut novel After Darkness is set in Broome, Japan and a South Australian internment camp. Brenda thoroughly enjoyed it, calling it

a hauntingly beautiful novel, written in such a profound way that it will touch your heart and stay with you long after you’ve turned the last page.

Carolyn also enjoyed it, though she gave slightly different reasons:

I enjoyed this debut novel not just for the fine quality of the writing but also for the extensive research done by the author.

Several strong short story collections featured this month, two of which have been shortlisted for the Stella Prize: Maxine Beneba Clarke’s Foreign Soil (3 reviews) and Ellen van Neerven’s Heat and Light (1 review). It’s one of the strengths of the Stella that its eligibility criteria are broad, because short story collections are not eligible for the Miles Franklin Award!

This month’s second most prolific reviewer, Cassie Hamer, reviewed Foreign Soil describing it as “A wonderful short story collection from an original Australian voice that probes how it feels to be the ‘outsider’”. Angela Long admired the work too. It’s a dark, challenging work, she says, but “nothing worthwhile comes easy”.  Kate (booksaremyfavouriteandbest) hardly felt qualified to read such a work about refugees and migrants given her “white-bread, picket-fence life”. Like Angela, she comments on Clarke’s language and use of dialect, and like Angela admits it required work:

Clarke flexes her writing chops with extensive use of English dialects – a New Orleans drawl in Gaps in the Hickory, musical Jamaican English in Big Islan and the clipped shorthand of Sudanese immigrants in David. You get into the rhythm of each story fairly quickly but admittedly, I did have to concentrate – the changes of character, setting and tone of each story don’t allow readers to be complacent.

Linda Funnell reviewed Ellen van Neerven’s Heat and Light for the Newtown Review of Books. This intriguing work is “divided into three parts: ‘Heat’, ‘Water’ and ‘Light’. Each part has a distinct character, but a restless yearning underlies all three”. She concludes that van Neerven

establishes herself here as a writer of imagination and intelligence, not afraid to mix fantastic visions with the heat of desire or the need to belong. This is a compelling and revelatory collection.

Having read this book last month, I have to agree.

Other collections reviewed in March include the Review of Australian Fiction 13 (6) with stories by Kaaron Warren and Michelle Goldsmith; Breaking Beauty, an anthology edited by Lynette Washington; and Danielle Wood’s collection Mothers Grimm.