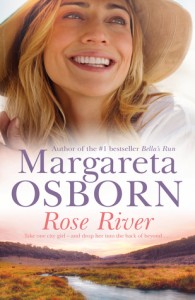 Welcome to the March wrap up for romance, romantic suspense and erotica. I hope everyone has had a very enjoyable long weekend filled with books…and maybe a little bit of chocolate too.

We had 29 reviews fitting these three categories uploaded during March and there’s quite a variety of titles that were covered. Popular rural romance author Margareta Osborn released her fourth full length novel, which was adapted from her novella A Bush Christmas. Always a favourite of the challenge Osborn’s, Rose River has seen some positive reviews. Shelleyrae of Book’d Out particularly enjoyed the portrayal of the small community, where city girl Jaime finds herself a little bit of a fish out of water – but willing to have a go.

I really enjoyed Osborn’s portrayal of the Burdekin’s Gap community, from Stirling’s immediate family to pub owners Bluey and Jean, and the fundraising events, including Buck (naked) Cricket, and Cow (poo) Lotto, that unites the residents. The setting is also wonderfully drawn from the town itself, to the surrounding country landscape.

Sam Still Reading was a fan of the humour in the book:

What really amazed me about Rose River was how funny it was, taking Jaime’s fish out of water status in the country and having her fall into nearly every trap possible. There’s an incredible scene that involves a goat and dogs in a kitchen with a load of groceries that made me laugh and laugh as poor old Jaime had to try and herd the animals outside. It wasn’t funny to Jaime, but it was hilarious for the reader. Graced by Amanda Pillar is a paranormal romance released digitally by Momentum books. Seemingly strongly character driven, Graced is praised for its diversity of characters as well. Elizabeth of Earl Grey Editing had this to say:

Graced effortlessly includes characters who have different skin colours, who are not neurotypical and who are less able-bodied than the norm. It also includes a range of sexualities including bisexual and asexual. Most of these are incorporated into major characters. Another digital title that popped up on the list was Wanting Mr Wrong by Avril Tremayne from Random Romance. Sam Still Reading was drawn in by the bright cover – but stayed for the story inside.

his story begins with laughs aplenty. It’s funny and the dialogue is snappy, witty and realistic [……] This story was a really fun read and one that I think would work well on screen – I’d love to see the quick-witted dialogue acted out!

I loved Evie and Jack. They had such amazing chemistry. Sparks flew whenever they were in the room together. Their exchanges were hilarious and romantic. There were some terrific twists and an edge of your seat ending.

Wanting Mr Wrong was a charming, sweet, swoon-worthy, and steamy read. Evie and Jack will sink into your heart. Tremayne is an author to watch and I look forward to reading more of your work. If you love romantic comedies I highly recommend this one. Perhaps the most intriguing title to me among all of them this month, was this one – LieSmith by Alis Franklin. Described as queer urban fantasy romance, this book re-imagines mythology and has gods walking side by side with men. Stephanie Gunn praised the strong m/m romance which is given time to develop:

That’s all for this month. I’ll be back next month with more new titles.