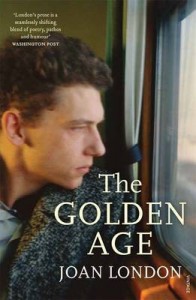 Awards season is in full swing and there have been oodles of announcements during the past few weeks. These include the longlist for the 2015 Australian Literature Society (ALS) Gold Medal and the shortlists for the eleven categories of the NSW Premier’s Literary Awards.

The ALS Gold Medal is presented annually by the Association for the Study of Australian Literature (ASAL) for a ‘work of outstanding literary merit’ published in the previous calendar year. Of the ten longlisted titles this year, seven are by women. The ALS Gold Medal longlist is:

The works were chosen by Lyn McCredden, Sue Martin and Paul Salzman. A shortlist will be announced in May, ahead of the winner announcement at the ASAL conference in July.  The 2014 ALS Gold Medal was awarded to Alexis Wright for The Swan Book (Giramondo).

The shortlists for this year’s New South Wales Premier’s Literary Awards were announced on Friday 24 April 2015. Total prize money in 2015, including sponsored awards, is $320,000.

NSW Premier Mike Baird said: ‘The NSW Premier’s Literary Awards have a proud history of recognising and encouraging our nation’s community of authors, translators and writers for screen, stage and radio.’

Deputy Premier and Minister for the Arts Troy Grant said: ‘The awards celebrate the cultural significance of our literary talent and this year’s shortlists include works by established authors as well as new writers who will strengthen Australian writing now and into the future.’

The shortlisted titles in each of the categories are listed below. Click on the category title for more information and judges’ reports. You can search for and read AWW Challenge reviews here.

The NSW Premier’s Prize for Translation

The Multicultural NSW Early Career Translator Prize, worth $5000, will be awarded for the first time in 2015.

Entries for the 2015 Awards closed on 31 October 2014, and winners will be announced on 18 May as part of the Sydney Writers’ Festival.

In order to be eligible for this year’s awards, all works must have been first published, performed, broadcast or screened between 1 October 2013 and 30 September 2014. Details about voting for the People’s Choice Award will be announced soon.