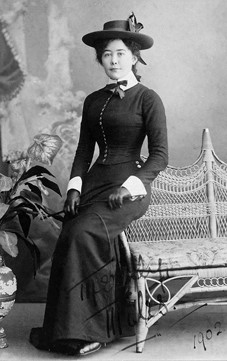 The shortlist for the 2015 Miles Franklin Literary Award was announced at the Australian Booksellers Association Conference at the State Library of Victoria. Each shortlisted author receives $5000 from the Copyright Agency’s Cultural Fund. The Agency’s Chief Executive, Murray St Leger, said: ‘The $5,000 for each of the five shortlisted authors is our way of giving further recognition to their amazing work, helping them to pay the bills and encouraging them to please give us more to read!’

State Library of NSW Mitchell librarian Richard Neville said on behalf of the judging panel: ‘The 2015 Miles Franklin shortlist presents a powerful group of Australian novels with a rich cast of unforgettable characters, and themes ranging from childhood gangs and domestic violence to itinerant thieves, wartime internment and the post-war polio epidemic.’

The longlist was announced in March and the winner who will be awarded $60,000 will be announced on 23 June.

Winners of the NSW Premier’s Literary Awards were announced on 18 May by the Acting Premier for NSW and Minister for the Arts, the Hon Troy Grant MP, at the State Library of NSW, with a total of $310,000 presented across 13 prizes.

The People’s Choice Award went to joint winners Joan London for The Golden Age (Random House) and Ceridwen Dovey for her short story collection Only the Animals (Penguin). The inaugural winner of the Multicultural NSW Early Career Translator Prize ($5,000) was Dr Lilit Zekulin Thwaites of La Trobe University (Honorary Research Associate). Her entry was a body of work which included the translation from Spanish of two science fiction novels –Tears in Rain and The Immortal Collection.

Chief Executive Officer of Multicultural NSW, Hakan Harman, said: ‘It is vital for our society that we acknowledge and promote works of literary excellence that reflect our cultural diversity. By proudly supporting the Premier’s Literary Awards, Multicultural NSW seeks to highlight the richness of that diversity.’

In other Awards news, the shortlist for the 2015 Victorian Premier’s Unpublished Manuscript Award has been announced and the shortlisted titles are:

The judges also commended these entries:

There were 137 submissions for this year’s award described by the judges as ‘original and energetic’. The Victorian Premier’s Literary Award for an Unpublished Manuscript is worth $15,000 and is for an unpublished fiction manuscript which may be a collection of stories or a novel. The winner will be announced at the Emerging Writers’ Festival opening night on Tuesday 26 May.

The 2015 Text Prize for Young Adult and Children’s Writing shortlist has been announced. The prize, for an unpublished manuscript by an Australian or New Zealand writer, is in its eighth year. The winner receives a publishing contract with Text and a $10,000 advance against royalties. There were 268 entries this year and the winner will be announced in Melbourne on 28 May.