Crime Fiction and True Crime: Round Up Three 2015 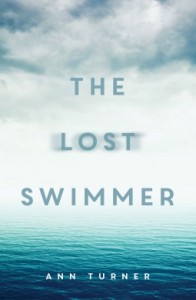 There have been 37 reviews and one interview posted in the crime, mystery, suspense and true crime category since the last round up. I can’t do justice to all of these so have chosen to highlight a few books that are completely new to Challenge reviewers.

We’ll start with Anne Turner’s first novel THE LOST SWIMMER as it was the subject of six reviews. It is the story of Rebecca Wilding, an Australian professor of archaeology whose life becomes difficult when she is accused of fraud and suspects her husband of having an affair. Things don’t improve much when Rebecca and her husband head to Europe for a conference and he disappears. The overall perception of this novel from AWW reviewers was positive even if there were a few individual niggles.

I found it interesting that several of the reviewers commented the book did not live up to the publicity in at least one respect. At Devoted Eclectic Elizabeth Lhuede said

The Lost Swimmer is billed as a “stunning literary thriller” on the front of my review copy. It made me wonder what the publicists think constitutes “literary”. Certainly there are eloquent descriptions and the story is intelligent in its approach, but there is very little in the way of figurative language; the narrative is straightforward linear realism; and there doesn’t appear to me to be layers of ideological or philosophical complexity.

When are publishers going to realise that setting unrealistic expectations helps no one?

But Elizabeth was more taken with other aspects of the book

While some characters within the Australian setting lacked the depth I would have liked, I was hooked when the story moved to Europe and the pace and intrigue escalated. The eclectic ensemble cast Turner surrounded lead Rebecca with there were a delight…The Lost Swimmer is also the first novel I’ve read that perceptively speaks to the impact of the collapse of the Greek economy on the nations people.

Several reviews also mentioned being able to see the book as a film, perhaps not surprising given the author has a background in script writing. Perhaps we’ll see a screen adaptation soon.

Kylie Kaden’s second novel MISSING YOU is the story of a young couple, Ryan and Aisha, whose relationship starts to wobble when their son, Eli, turns out to have some special needs that require a lot of attention. When Aisha disappears there are grounds for real concern. Much of the story unfolds from the perspective of Patrick, Aisha’s father, who is left to care for his grandson Eli and this choice seems to have been a popular one with readers. Carol from Reading, Writing and Riesling said

I particular loved the honesty of Patrick’s outlook and how his character mellowed and grew as the book progressed and his life experience grew.

while at Debbish Deborah wrote

Interestingly I enjoyed being in Patrick’s head and his time with Eli as much, or even more than, I enjoyed the unfolding story of Aisha and Ryan.

…where this book truly shines is the narration by Patrick as he slowly puzzles out his grandson…The poor boy has had both his parents disappear in a short time and being autistic quite possibly doesn’t have the ways to express how off kilter this must make him feel. All his safety and security has vanished and Patrick has to establish some new safety and security for Eli – he has to be that for him. Watching Patrick care for Eli in his own way, gently encouraging him to try new things and push his boundaries but as well as keeping things at a level Eli can cope with, was a fantastic part of this book.

Angela Savage stole time away from writing her PhD and other serious pursuits to review Anna Jaquiery’s second novel DEATH IN THE RAINY SEASON in which a French policeman is called to action when he is on holiday in Cambodia and the relative of a French government minister is killed there.

There is so much to like about this book. The atmosphere, culture and politics of the Cambodian setting are vividly brought to life. A place where ‘the rain came with a sudden roar’, so heavy it made ‘the world disappear’. Where ‘people could be matter of fact about flesh and blood, but spirits were another matter’. Where activists are shot with impunity and the government is accused of ‘selling the country bit by bit’.

The novel also sheds a revealing light on NGO culture, examining the complex mix of evangelism and ego, altruism and avoidance, that draws people to this line of work. As someone previously immersed in that world, for me Jaquiery’s observations are authentic and insightful.

In a separate post Angela interviewed Anna about the book, writing and her influences. When asked about how she managed to get the details of her setting so well done Anna said

I lived in Phnom Penh as a child and we left in the early part of 1975, before the Khmer Rouge entered the city. I was too young to remember any of it, but I grew up with my parents’ nostalgia about the place. I’ve been there a few times and during my last visit two years ago, I made the most of every minute, absorbing what I saw – I walked around Phnom Penh for hours on end – and listening to the stories people told me about their experiences there. Phnom Penh has a special place in my heart and I wanted to bring it to life in my book.

I can’t leave this roundup without mentioning Karen Chisholm’s article at Newton Review of Books entitled June Wright: An Appreciation. Wright’s work was originally published in the 1940’s and 50’s but all six of her previously published novels, along with one which has languished in a drawer for more than half a century, are being re-issued. Karen’s article discusses all three of the books which have been re-issued to date: MURDER IN THE TELEPHONE EXCHANGE, SO BAD A DEATH and DUCK SEASON DEATH and says

Intrigue in Wright’s world comes out of the mundane and domestic, the landscape and location, and the clash within families and communities

In all Wright’s books there is an element of sly and clever humour – probably not surprising for a woman whose preferred title for So Bad a Death was Who Would Murder a Baby? and (quoting from the Foreword) ‘would joke with interviewers how writing bloody murders was a good way to avoid infanticide’.

As someone who has been largely unsuccessful at tracking down classic Australian crime fiction it’s terrific to have Verse Chorus Press/Dark Passage Books re-issuing these works and making them accessible to a new generation of readers and Karen’s discussion of them will wet many appetites I’m sure.