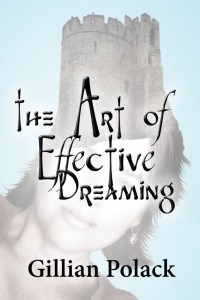 It’s been a quieter month than usual with only seven reviews submitted to us that fall into the adult speculative fiction category. Also, they were all fantasy books, more or less.

First Elizabeth Fitzgerald brought us a review of The Art of Effective Dreaming by Gillian Polack. She summarises it thusly:

As befits a book about this subject matter, The Art of Effective Dreaming is a strange and rather surreal book. Fay is a bored public servant who escapes into an extraordinarily vivid fantasy world whenever life gets too much or too boring.  This fantasy world begins to develop a mind of its own and things start getting out of control.

Representing BFF (big fat fantasy) this month we have Mark Webb’s review of Thief’s Magic by Trudi Canavan. He writes:

Magic in Canavan’s world is a depletable resource, with the industrial revolution using up magic faster than it can be replenished. In this way, Canavan explores broader issues of environmental degradation and reliance on non-renewable energy sources. The comparisons are a bit heavy handed at times, but only slightly so.

Representing paranormal romance and/or urban fantasy we actually have two books. There was catsalive reviewing Dancing with the Devil by Keri Arthur. They write:

This is one of Arthur’s earliest novels & the first book in the Nikki & Michael series. … The story is quite well told, a bit slow to start when I thought I wouldn’t be able to read it, but it picked up quickly & swept me along to the end. The romance between Nikki & Michael is shaping up, although there is a lack of chemistry & neither party is ready for it. It would be nice if they’d quit vacillating & just get on with it.

We also had a review from Carolyn of Twice Born by Marina Finlayson. She writes:

The idea of four dragon princesses fighting to the death to decide the next queen and trying to stay undetected in an urban setting makes for a great plot. I loved the descriptions of the Blue Mountains and Sydney Harbour on New Years Eve as back drops for some of those battles.

These are the tales of mothers and daughters. A woman who picks gallowberries and steps out of the world, leaving a tangle of loyalties behind; a girl with a map written into her skin; a baker who feeds vengeance to her enemy and a doll-maker with the power to mould an army. These are the tales of witches and thieves, troll-girls, brides and widows and ghosts.

And finally we have an anthology that is not entirely fantasy, but does have some cross-over. The book is Cranky Ladies of History, edited by Tansy Rayner Roberts and Tehani Wessely. It’s mostly historical fiction, featuring female historical figures, but there is some magic/magical realism in several stories. For more, check out my review.