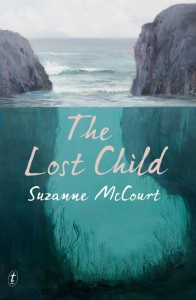 The Lost Child by Suzanne McCourt

“Sylvie lives in Burley Point, a fishing village south of the Coorong on Australia’s wild southern coast.  She tries to make sense of her mother’s brooding, and her father’s violent moods. She worships her big brother, Dunc, but when he goes missing, she’s terrified it’s her fault. The bush and the birds and the endless beach are her only salvation, apart from her teacher, Miss Taylor.  Sylvie is a charming narrator with a big heart and a sharp eye for the comic moment. In the tradition of Anne Tyler, The Lost Child is a beautifully written story about family and identity and growing up. It’s about what happens when the the world can never be the same again. “

” This is the kind of novel which, once read, lingers. “ writes Jennifer Cameron Smith

The Trivia Man by Deborah O’Brien

“‘Trivia is a serious business, not a social occasion’ Kevin Dwyer, the ‘trivia man’
Dubbed ‘brainbox’ by his peers and ‘weirdo’ by his sister, Kevin Dwyer is a middle-aged forensic accountant who has never had a real friend, other than his eight-year-old nephew Patrick. When Kevin joins the Clifton Heights Sports Club trivia competition as a one-man team, and convincingly wins the first round, he is headhunted by the other contestants. But Kevin would prefer to be on his own. That is, until he meets Maggie Taylor . . .Maggie is a Latin teacher and movie buff, who’s good at her job but unlucky in love. In fact, she’s still besotted with the man who dumped her years ago. Nagged by her friend Carole about getting out and meeting people, Maggie reluctantly joins the trivia team founded by Carole’s husband, Edward.  Over a season of trivia nights, Kevin, Maggie and her team will experience arguments and crises, friendships and romances, heartbreaks and new beginnings. And maybe, just maybe, Kevin will find his happy ever after . ..”

Jo of Booklover Books summarises her review thus; “A worthy reminder of the value of our differences, Deborah O’Brien’s The Trivia Man is a very enjoyable novel that leaves you with that old-fashioned warm and fuzzy feeling.”

The Life of Houses by Lisa Gorton

e of Houses explores, with a poet’s eye for detail, the hidden tensions in an old established Australian family that has lived for generations in a large house in a coastal town in south-eastern Australia. These tensions come to the surface when the granddaughter Kit is sent by her mother to spend a holiday with her grandparents, and the unmarried aunt who looks after them, in their old and decaying house by the sea. Kit barely knows them, because her mother is estranged from the family and never talks to or visits them. Recently divorced from Kit’s father, she sends her daughter to her parents now so she can pursue an affair with her new lover. Kit’s presence brings the old quarrels to life as family memories take hold of the present, brought to a flashpoint by the anger and resentment of Kit and her mother, and the dementia and sudden illness of her grandparents.”

Jonathon Shaw has mixed feelings about this novel; “What is happening is almost always less important than the process of observing it. And often it feels as if things are there because they have been observed, even though they add nothing to the narrative or our understanding of character. Anyone reading to find out what happens next may be disappointed. The pleasures of this book lie elsewhere.”

“Nicole Trope’s explosive fourth book tells the story of two very different women. One has been damaged by her disturbing past, the other is a society wife of a television celebrity. We meet them on the celebrity wife’s first day in a minimum security prison where the other, much younger, woman is also an inmate. As each woman tells her story in alternating chapters, we gradually come to know how they came to be in prison. As their pasts are revealed we start to realise that they have much more in common than their crimes. Only one woman knows the shocking secret that connects them, and she is determined to have her revenge.”

Deborah writes; “Trope expertly unpicks at the edges of the plot so it unfolds slowly and elegantly. You know what’s coming but aren’t sure how you’ll all get there.”  Brenda’s praise is effusive; “I absolutely loved it – gripping and intense, but written with sensitivity and compassion, the manner it is written is superb.”

“A few weeks after finishing their final exams high school sweethearts have an argument at a party. Joe wants to go – Jen begs him to stay. They fight in the corridor, following their usual script, and then he walks out and leaves her. A few hours later she dies. Three years on, after burning up his own dreams for the future, Joe is working in dead-end jobs and mentoring a wayward teenager not dissimilar from his younger self. Driven by the need to make good, he spends all his spare time doing parkour under an inner-city bridge, training his mind and body to conquer the hostile urban environment that took his love and blighted his future. Somewhere else, a middle-aged woman, Elise, is treading water in her life as her marriage breaks up. We watch as she retreats to the only place that holds any meaning for her – the tiger enclosure at Melbourne Zoo, where, for reasons she barely understands, she starts painting the tigers and forms a close connection to them. Joe is broken by grief, but the outside world won’t let him hide forever. A cool and bewitching girl turns up on the doorstep of his share house, somehow painfully familiar to him. Then there is the skateboarding chef at the bar where he works, the girl with the Cossack-blue eyes, who wants to be his friend. And someone going by the Facebook tag Emily Dickinson wants to reminisce about his dead girlfriend and won’t leave him alone. Can Joe staunch the flooding return of desire – or is it time to let go of the past? And will he make the nine-foot leap from girder to pillar or does he want to fall too?”

In summary Shelleyrae @ Book’d Out wrote; ” While I struggled a little with the narrative initially, which is shared between the two characters and moves between the past and present, I soon settled into the rhythm of the story. The emotion is powerful, yet the story is not without humour. The prose is thoughtful and genuine. Well written, Leap is a moving novel.”

My name is Shelleyrae Cusbert I am a mother of four children, aged 9 to 19, living in the mid north coast of NSW. I am an obsessive reader and publish my thoughts about what I read at my book blog,  Book’d Out.  In 2012 I read and reviewed a total of 109 books for the AWW Challenge and in 2013 a total of 117 and 2014 a total of 102. I juggle caring for my family with a part time job and volunteer at both the town’s local library and the children’s school library.