Crime Fiction and True Crime: Round Up Four 2015 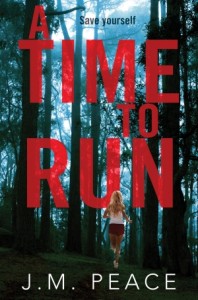 There have been 45 posts added to the Challenge’s database in the crime & mystery category since the June roundup and there’s something for everyone amid the collection of thrillers, historical mysteries, psychological suspense tales and the odd cosy novel.

The debut novel by serving Queensland police officer J.M. (Jay) Peace was the most discussed, garnering six reviews and three interviews with its author. A TIME TO RUN tells the tale of a kidnapping with deadly intent, the victim’s efforts to outwit her captor and the investigation aimed at locating the victim before it’s too late. All the reviewers were positive about the book’s pace and its focus on the notion that anyone can become a victim in the ‘right’ circumstances. Carol at Reading, Writing and Riesling notes

with Tracey at Carpe Librum adding

What I enjoyed most of all though was the quick-thinking and problem-solving skills displayed by the victim Sammi. A police officer herself, Sammi is horrified to find herself drugged and kidnapped, but doesn’t panic. Instead, she switches on her ‘cop senses’ and does everything she can think of to stay alive.

At Tien’s Blurb Tien summarises her reaction to the book

I found A Time to Run to be very realistic.  I like that the ending isn’t all rosy, that such a horrific event will affect a person’s functions terribly and that the law isn’t perfect.  I think the author has been very successful in being very convincing through multiple perspectives despite their varied backgrounds and very different intents.  Overall, a terrific debut that will leave you wanting  more.  Thankfully, Peace is working on a sequel…or two!

Other review highlights for the last period include Angela Savage’s review of STAY WITH ME by Maureen McCarthy. The book is a harrowing tale of a young woman’s escape from an abusive, potentially deadly partner. Angela writes

Women escaping domestic violence often struggle to have their story believed, and I read a lot of crime novels that play with the idea of the woman being an ‘unreliable narrator’ (I’m looking at you, Gone Girl). But reading Stay With Me, I was never in any doubt that Tess was telling the truth. Her paranoia and panic attacks only added to the authenticity of her voice.

With a Royal Commission into Family Violence currently underway in Victoria, Stay With Me may help shed light on the phenomena behind the news headlines, such as why women in abusive relationships don’t ‘just leave’, and why women should not be treated as unreliable narrators in their own experience of violence.

That said, there is nothing preachy about this novel. Maureen McCarthy shows the brutal reality of family violence in the context of an absolutely thrilling read, with a cast of characters I could really care about. Highly recommended.

At The Newton Review of Books Karen discusses THE INSANITY OF MURDER, Felicity Young’s fourth historical novel featuring England’s first female autopsy surgeon Dody McCleland. This installment of the series sees Dody’s sister in deep trouble for taking a radical action on behalf of the suffragettes and tackles the issue of society’s attempts to control women. Karen writes

While it might seem that a lot of this series is about the desperate need for early feminism and emancipation of women, that message is conveyed by the actions, the situations and the comments of the characters. It’s not as heavy-handed as it could seem from this review, nor is it possible to avoid acknowledging the dreadful situations that many intelligent and capable women found themselves in. It’s also obvious that the men who supported, loved and cared for them are equally disrespected, confined and disempowered.

…what the Dody McCleland series does so masterfully is provide glimpses into the lesser-known crimes: the mutilation and incarceration of women for no good reason; the desperation of some whose causes should have been seen as just and right; and the way the overt use of power by a few scared, sad, but powerful individuals can actually obscure reality from all but a few particularly observant individuals. The final twist in The Insanity of Murder illustrates that point exactly and, as a bonus, it comes as somewhat of a surprise.

De Costa’s title comes from the French Folie à deux, a psychiatric term meaning shared psychosis (or double madness) in its simplest sense. It’s not a condition I was familiar with prior to reading Double Madness and I welcomed the insight. Without spoiling things, the novel explores the condition in a clever manner that unfolds to a dramatic climax.

The story moves at a good pace and is backed by a matter-of-fact writing style that conveys the unvarnished details while still creating an authentic sense of place.

If you’re looking for something a little lighter after all that, at Beyond the Dreamline Faith posted a review of DROWNED VANILLA, the second novel from Livia Day to feature amateur sleuth and expert baker Tabitha Darling

The sequel to Tasmanian cosy mystery A Trifle Dead, this is the same cheerful, frothy fun – I was given a copy for my birthday and it was exactly what I needed. Tabitha Darling is vibrant, irrepressible and just the right amount of grumpy. The story is very light and playful overall but has an edge of seriousness when necessary.