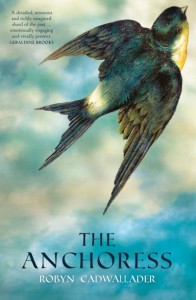 What a cold July it’s been in most if not all of Australia, but certain events warmed the cockles of our hearts, such as the announcement of the Nita Kibble and Dobbie Literary Awards. They are for “life writing” and the winners, as announced earlier this month by Paula Grunseit, were Joan London’s The golden age and Ellen van Neerven’s Heat and light. Both have been reviewed – and reviewed several times – for the challenge. Go team!

July was a slow month for my section of the challenge with just 29 reviews posted – but I can’t complain because for the first time in a couple of years I didn’t post a review myself. Clearly there was something in the water for all of us, albeit the weather seemed conducive to reading.

Just two classics were reviewed this month, both by authors who have appeared in these posts before. One was Elizabeth Harrower’s The long prospect. Harrower has been given a new lease of life by Text Publishing’s Australian Classics series, and it is wonderful to see her books being regularly reviewed for the challenge. The review this month was posted by Debbie Robson on Goodreads. She liked it a lot but gives this interesting warning:

Often the plot [of books we read] goes in different directions than we were expecting but the first chapter should give us some pointers of what the journey is going to be about. This is my only real gripe about this very original book. The Long Prospect’s first chapter (at least for this reader) is very confusing. So you are warned but also implored to keep reading. The Long Prospect won’t disappoint.

Robson concludes her review with: “I loved the last line of the book hinting at the life of most women in the middle of the twentieth century”. An interesting time for women, and one I love to read about.

The other classic is one of Australia’s most loved young adult novels, Melina Marchetta’s Looking for Alibrandi. Reviewer Louise (A Strong Belief in Wicker) was “sad” that she took so long to read it, and explains why it continues to resonate:

I think though that Looking for Alibrandi was one of the first big selling Australian YA books, and certainly one of the first to deal with characters from diverse cultural backgrounds. Josie’s Italian heritage is important to her character, and vital to the story. Looking for Alibrandi deals with lots of big issues – our multicultural society, cultural identity, family secrets, youth suicide, school, first love and friendship, and so it’s easy to see why it is still being taught to high school students in Australia. But it’s not just [an] issue driven book, it’s a story told with humour and warmth.

Every month’s list includes authors well-known to me, but also some I don’t know or know only vaguely, so this month I thought I’d feature some of these (even if it shows up my ignorance). One, for example, is the French-speaking Lebanon-born Leila Yusaf Chung whose Chasing shadows was reviewed by Jonathan Shaw. Shaw says he bought the book “after hearing her speak, beautifully, at the Sydney Writers Festival about the importance of women in refugee communities”. The book is set in Israel and Lebanon from the 1940s to 1980s, and has, says Shaw, “a Zelig quality”. It has fluidity, with “many false starts, many shifts of location and allegiance” as circumstances change. Shaw would love to hear from others who have read the book.

Eleanor Limprecht, whose novel Long Bay was reviewed by Paula Grunseit, was born in the US, and lived in Germany, Pakistan and the US, before coming to Australia. Long Bay is her second novel and is “based on the true story of a young pregnant woman who was sent to Long Bay Gaol after being convicted of the manslaughter of a woman who died from a botched abortion”. Grunseit recommends the book to historical fiction lovers, particularly those interested in Sydney, saying that Limprecht “renders early 20th-century Sydney in fine detail, describing social mores, housing, food and clothing”.

The third author I’ll mention is Hoa Pham, whose name did ring a stronger bell for me, which is just as well as she has several books to her name. Pham is Australian-born of Vietnamese descent. Her book Wave was reviewed by Jo (of Book Lover Reviews). Jo expressed surprise that the publisher’s blurb gives away the ending of the novel, which is about two international university students. Why did they do this, she wondered. Her conclusion is that it’s a character-driven novel in which “the real story being told is how the different characters respond to the events that occur, rather than the events themselves”.

Every now and then I like to feature a specific author in these round-ups and since Carmel Bird’s latest book, a collection of short stories titled My hearts are your hearts, was reviewed this month, it seemed a good opportunity to highlight a writer who seems to be less well-known than she ought to be. Bird must surely be one of the doyens of Australian literature, and yet she has been rarely reviewed for the challenge. In fact, only three of her books have been reviewed, and each only once.

Bird has published across a wide spectrum of writing forms – short stories, novels (literary and genre), essays, children’s literature, and non-fiction including her book on writing, Dear writer, which has had a second, revised edition. She has also edited anthologies of essays and short stories. Three of her novels have been shortlisted, variously, for the Miles Franklin Award, and the NSW and Victorian Premier’s Literary Awards. In addition, an award in her name, the Carmel Bird Award for Short Fiction, was established in, I believe, 2012. Not surprisingly, it’s as a short story writer that I know her best, but I hope that by now, if you haven’t read her, you’ll be tempted to look her up and try her out.

The review posted this month for My hearts are your hearts was written by Jeannette Delamoir for the Newton Review of Books. She commences her review with: “Love, pain and mortality are intertwined in a collection that also takes us behind the scenes of the writing.” That intrigues me, particularly the last bit! Most of the stories have been published elsewhere, “but, in this package” Delamoir writes, “they offer a number of fresh ways to experience them”. The book includes the author’s commentary on what inspired the stories, and on the process of writing. Delamoir enjoyed the book, though as with most short story collections she enjoyed and appreciated some stories more than others. Here is her conclusion:

In the best stories of this collection – and they can be magnificent – all the delicate strands contribute to a harmonious effect; in the less strong, there is an element of arch theatricality that can grate.

But then again, there is always an element of risk in any performance – and risk is what keeps the audience engaged.

I haven’t of course mentioned every book reviewed this month, but you can now search all the reviews posted for the challenge on our Books Reviewed page. You can narrow the search to July by entering the appropriate dates in the search boxes.