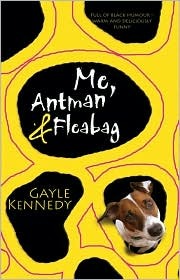 Palyku author Ambelin Kwaymullina, in an article published in The Conversation today, wrote about the push to increase diversity in young adult fiction in Australia and internationally. She cites author Malinda Lo, one of the authors of the We Need Diverse Books initiative, as to why: ‘Diversity is not important. Diversity is reality … Let’s stop erasing that.’

AWW is very happy to be part of the initiative to promote diversity in YA fiction, and in writing in general, in Australia. In July we held a focus on Indigenous Women Writers, with a guest post from Gayle Kennedy of the Wongaiibon people, and from Bec Kavanagh, who promotes We Need Diverse Books in Australia through #weneeddiversebooksau, and through her work in schools for the Stella Prize.

The importance of diversity in young adult fiction is testified by AWW participant Glazia of Paper Wanderer. As a Filipino-Australia, she was, she writes, ‘ecstatic whenever I found a book that had a character with skin like mine because it was so rare. I hungered for stories with mirrors and experiences I could relate to.’ Antia Heiss’s Who Am I? The Diary of Mary Talence was her favourite book when she was young. Mary Talence is an Aboriginal girl who is taken from the Aboriginal Children’s Home and placed with a white family because of her lighter skin. Her adoptive parents prevent her from associating with Aboriginal people, but the ending ‘signals a shift towards social change and Mary’s own pride and acceptance of her Aboriginal identity’. Glazia writes, ‘When I read Mary’s diary for the first time, I found a friend who understood me’ – what a wonderful recommendation!

Jon Shaw extolled Ali Cobby Eckermann’s book of poems Inside my Mother. Cobby Eckermann was taken from her family when she was small and raised by a white, German heritage family. Her writing, as Jon notes, ‘is largely animated by the charge from her reunion as an adult with her mother and with  her Yankunytjatjara and Kokatha relatives and heritage.’ This book of poems also touches on these themes, and the writing is ‘wonderfully varied: love lyrics, fables, autobiographical narrative, polemic, surrealism and some silly humour.’ Jon was haunted by her poem ‘Hindmarsh Island’ and its juxtaposition with Les Murray’s poem ‘Inspecting the Rivermouth’, as Cobby Eckermann had a very different response to the same subject matter. Jennifer of Goodreads reviewed Paint Me Black: Memories of Croker Island & Other Journeys by Claire Henty-Gebert, who was taken from her mother, an Alyawarra woman, when she was 3 or 4 and placed in the Bungalow, an institution. In this book Henty-Gebert recounts her life, and how it was, as Jennifer writes, ‘shaped by flawed government policies.’ In 1941 she was moved to a Methodist mission on Croker Island, to which she returned following World War Two, after the children were moved to many locations across the country. Eventually found her family, but the meeting was ‘more an occasion of meeting a stranger for the first time’.

While these accounts of the Stolen Generations are painful, they’re important, as are the voices of all Indigenous people. Like Cobby Eckermann’s poem about Hindmarsh Island, as Jon writes, they ‘demonstrates how important Aboriginal voices are if our national conversation is to have integrity.’ There was a suite of reviews over July that looked at books written by women of ethnic heritage. Over at the consistently excellent Newtown Review of Books, Annette Hughes reviewed Eileen Chanin and Steven Miller’s Awakening: Four Lives in Art. This book, Annette writes, ‘is a compelling work of cultural history which looks at the lives of four Melbourne women from diverse backgrounds, and follows their respective careers in the arts, cleverly contextualising them by taking each mini-biography up to World War II.’ I refer to the review in the context of the diversity roundup because it focuses upon Dora Ohlfsen, the child of Finnish migrants who became wealthy through the Ballarat gold rush. Ohlfsen was a talented pianist and travelled to Berlin to continue her study. She moved to Finland, fell for a Countess, moved to Italy with her, became a sculptor and created work for Mussolini, then returned to Australia to continue her work, but was frustrated by the outbreak of WW2 and the narrow-mindedness of her patrons. What a life!

Author Lee Koffman, the child of Russian Jews, came to Australia via Israel. Jason Nahrung reviewed her first novel written in English, The Dangerous Bride, which explores Australian society and landscape, but focuses upon the question of whether it’s possible to have a successful non-monogamous relationship. As Jason writes, the book is ‘candid but polite, and the prose shines with description and metaphor.’

Another for the#weneeddiversebooksau YA list is Fiona Wood’s Cloudwish. The protagonist of this work is Van Uoc Phan, an Australian-born Vietnamese scholarship student at a private school who is faced with race and class divisions. This book, writes Nalini of DarkMatterZine, ‘has everything: art, literature, sport, romance, queer best friend, familial expectations and conflict, race and class divides, ethics and philosophy all wrapped up in an engaging story. Plan to read in one sitting. Cloudwish is an impressive novel catering to middle school readers and upwards; it’s a masterpiece.’ DarkMatterZine also features a guest post from Deborah O’Brien, author of The Trivia Man. This is a story of a hero named Kevin ‘whom some people might call a nerd.’ His life revolves around his job with the ATO and his weekly trivia. He’s a ‘”square peg”’ in a society which values conformity and tends to be intolerant of idiosyncrasy and difference. He’s been labelled many names, most of them used pejoratively’ But his creator likes ‘to think of him as being quirky and endearing.’

Shelleyrae did too! She found the book ‘a sweet, uplifting read about friendship, acceptance and love.’ Although, as she writes, comparisons to Don Tilman’s The Roise Project are inevitable given the behavioural similarity of the characters, ‘O’Brien approaches both her characters and the story with a more serious and realistic tone. The humour is subtler, and Kevin’s quirks are not the focus of the novel.’ It’s apt to end with a review by Jess of The Never Ending Bookshelf of Just the Way We Are by Jessica Shirvington and Claire Robertson. Jess describes this as ‘a beautiful children’s picture book that reinforces the notion to children of all ages and backgrounds that they are ‘normal’ no matter what their family situation may be like. It encompasses multi-generations, gendered and cultured families of all ages and backgrounds to illustrate that diversity is a good thing and not something to be feared or shamed by.’

I’ll second that! I wasn’t able to include all reviews relating to diversity over July, but if you head to our Search Books page and put ‘diversity’ into the Keyword Search box, it will bring up a list of books that include diversity. Happy reading!

* I have the screenshot if anyone needs it!