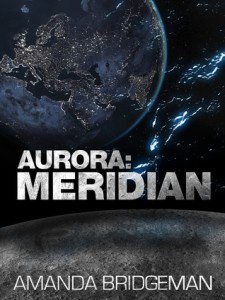 We had a nice spread of reviews this month, although they weren’t especially numerous. To mix things up a little I’m going to go through them alphabetically instead of by genre. Don’t worry, the world isn’t ending and things will probably go back to normal next month. First up, we had Elizabeth Fitzgerald reviewing Aurora: Meridian by Amanda Bridgeman. This is the third book in the military SF series and Elizabeth had this to say about it (which was hard to excerpt without spoilers for earlier books):

Overall, I found Meridian to be a stronger book than Pegasus. The pacing has improved and I found it a bit less predictable.

Next up there was Metro Winds by Isobelle Carmody, which Biblionetworker reviewed. It was a brief review, so I’ll leave it to you to click through and have a read of it.

Waking the Dragon by Rinelle Grey is a short story with dragons in the outback and what looks like a bit of paranormal romance. It was reviewed by Brenda. There’s also a wider universe with epic potential. There are teasing snippets/clues laced through all the works that Jansen has written in this series that hint at larger forces at play but Jansen brings the focus down to one character Melati, a scientist/ teacher of Indonesian background. … Shifting Infinity is a page turner and should have something for everyone.

Tansy Rayner Roberts drew for most reviews this month, with two reviews of different books. First up, Love and Romanpunk, a collection of Roman and lamia-themed stories, which Glaiza – Paper Wanderer reviewed. She writes:

This collection of short stories dips with Feminist power, fierce joy, and humour into the potential of this alternate world. I was left wanting a bit more from each story in the best way. And the other Roberts book, reviewed by Mel @ Subversive Reader was The Shattered City, the second book in the Creature Court trilogy. Mel had this to say:

This is a really dense book with a lot going on. It wouldn’t have worked as a first book, without all the world and character building which had gone on before. Nor would it work as a last book – there’s too much going on without resolution. It’s a really perfect middle book, amping up the action and carrying the reader along towards the end and into the next book. I thoroughly enjoyed it and I’m really looking forward to the third and final book in the trilogy. And finally, there was Insert Title Here, an anthology edited by Tehani Wessely, which was reviewed by Stephanie Gunn. She writes:

It is always a different experience reading an unthemed anthology.  I find it harder to read more than one story in a row, since there are no connecting threads between stories, and as such, it took me longer than usual to finish this book.  This is absolutely no comment on the quality of the book, of course, which is, as to be expected from Fablecroft, extremely high.

And that’s it for this month! Keep reading and keep filing your reviews in our handy form.