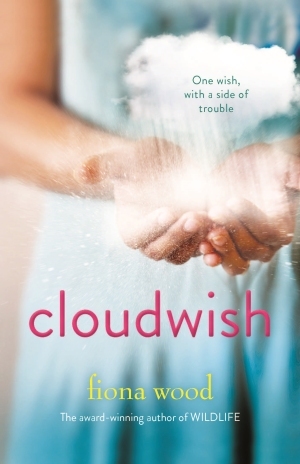 It looks like the later part of winter was a fabulous time to curl up with a book – with lots of fabulous Young Adult books reviewed. There’s been a lot of twitter (and real life!) chatter about Australian YA at the moment, and it’s brilliant to see that reflected in our reviews.

One of the popular new books out at the moment is Cloudwish by Fiona Wood. Cloudwish tells the story of Van Uoc Phan, the Australian born daughter of Vietnamese refugees. It mixes Jane Eyre, a bit of magic, and the experiences of having parents with a traumatic past who have expectations you’re not particularly interested in fulfilling. Both Tsana and Nalini at Dark Matter Zine recommend it highly with Nalini stating:

“Cloudwish has everything: art, literature, sport, romance, queer best friend, familial expectations and conflict, race and class divides, ethics and philosophy all wrapped up in an engaging story. Plan to read in one sitting.”

Another newer release attracting reviews is Risk by Fleur Ferris which deals with the dangers of online interactions. Carol was very impressed by this read:

“I honestly believe this book has the potential to positively influence the decisions young people may make whilst simultaneously educating the adults around them . . .  The narrative is powerful, the moral dilemmas are real and contemporary, and the complicated dynamics of relationships are exposed. A great read!”

Louise was also captivated by Risk and predicts that it will appear among the award nominees in the next year.

Two of the ‘Every’ Trilogy by Ellie Marney were reviewed over the past two months. Lee wrote a lengthy and thoughtful review on the first book, Every Breath.

” Truly, truly, my favorite aspect of Every Breath was the irresistible Watts/Mycroft combination. Not only does the pairing work in the sense that they’re an ace investigative team, but there’s also the undeniable chemistry between them from the novel’s outset. Their banter is so easy, and there’s just always this sense, even when they’re at odds with each other, that they’re right together.”

Meanwhile Shaheen and Tehani both reviewed Every Move, the third book in the trilogy. Tehani found that when she became immersed in the book the strength of the characters drew her over some of the more implausible aspects of the plot. Meanwhile, Shaheen found herself enjoying the thrills and the action of the plot, but was disappointed with one aspect of the plot (spoilers are hidden behind a link in the review).

Sheree looked at Zac and Mia by A. J. Betts which tells the story of two teenagers who meet while undergoing treatment on an oncology ward:

“Zac and Mia isn’t a romance. It’s a story about two young people who’ve had the stuffing knocked out of them, and how they react to each other.” One book I’d love to draw some attention to is Becoming Kirrali Lewis by Jane Harrison which I reviewed. This powerful first novel is about Kirrali who is starting university with no intention of becoming involved with Indigenous politics or finding out information about her birth parents. However, a series of events lands her in a totally different place.

“Kirrali is a really interesting character. She’s determined and intelligent, but she’s not perfect. She has a feeling of country girl naivety which feels really true, and her growth feels natural throughout the book. The supporting characters feel very real as well; they have the flaws and characteristics of real people and combine to create a very real feeling world.”

Shaheen also looked at The Guy, the Girl, the Artist and His Ex by Gabrielle Williams. This is a story of four people whose lives become unexpectedly entangled – plus an art theft.

“The mastery in this story is the way these four lives are intertwined. Their lives brush, sometimes collide, break away only to turn around and touch again. It’s a struggle, in and of itself, to write four distinct characters, but to tell the same set of events from different angles and make sure the individual stories don’t blur is quite a skill.”

If you’re looking for some more great YA books (and great reviews), you can also check out these ones:

thers hinting that I am supposed to ‘grow up’ at some point, YA novels continue to play a huge part in my reading life. This has served me well, when I became a teacher and was known for always having a book recommendation at hand. I’m currently enjoying the rich world of picture books with my toddler, revisiting some of my favourite authors and sporadically blogging over at Subversive Reader