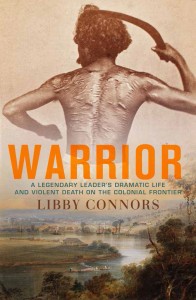 Welcome to our bi-monthly roundup of History, Memoir and Biography (HMB).

Our last HMB roundup featured 17 reviews. I’m happy to report we have jumped up to 20 this month. Memoir is still our favourite genre by far, although both History and Biography scored three reviews each this time.

Marion @Historians Are Past Caring shared this year’s winner of the Queensland Premier’s Award for a work of State Significance, Warrior: A Legendary Leader’s Dramatic Life and Violent Death on the Colonial Frontier by Libby Connors.

Allen & Unwin describe the book as “the fascinating story of one of the great Aboriginal resistance fighters of the colonial frontier and a compelling portrait of life in early Brisbane.”

Marion fleshes this out by saying:

In Connors’ account, Aboriginal people are not generic victims of generic white abuse, but

have names, tribal affiliations, objectives and agency – and their own customary law.

In March 1842 a terrible offence occurred when the shepherds of Kilcoy Station gave out flour poisoned with arsenic. Somewhere between 30 and 60 Aboriginal men, women and children died. Connors forensically examines how this event affected Aboriginal politics, and how certain men were legally designated to avenge the crime.

Like most forensic examinations, the story is fascinating but hard to summarize – and you really should read the book.

Visiting the Neighbours: Australians in Asia by Agnieszka Sobocinska was reviewed by Yvonne @Stumbling Through the Past.

Sobocinska uses diaries, letters, travel books and various other sources to provide an overview of the long and complex relationship that Australia has with her nearest Asian neighbours.

The strength of Visiting the Neighbours is that it makes the reader reflect on their own relationship with Asia. This book has a large potential readership. One-third of Australians have been to Bali alone.

Certainly, Yvonne’s review has made me very keen to read this book.

Jonathan @Me Fail? I Fly has provided a fascinating biography review on the little known (at least to me) author Barbara Baynton: Between Two Worlds by Penne Hackford-Jones. It is thanks to reviews like this and authors like this, that I initially became involved in the Australian Women Writer’s challenge. I wanted to expand my knowledge of the early women of Australian literature. The bio covers Baynton’s early, difficult childhood in rural NSW and her first disastrous marriage. Her second marriage provided her with the security to write “her old life out of her system. On Baynton’s death she became independently wealthy, travelled with her daughter to England to try to have her stories published, and on being successful became something of a literary phenomenon.”

Her most well-known work is Bush Studies, which is also reviewed by Jonathan in his post. He found it curious that with her life experiences that she could be so against women’s suffrage. In the end, Jonathan decided that,

Bush Studies’ powerful evocation of the mistreatment of women in outback Australia wasn’t a call to arms so much as a cry of anguish. Once she was out of there, and had confronted the horror of it in writing, she wanted to stay as far from it as possible. Who can blame her?

The Boyds: A Family Biography by Brenda Niall and reviewed by Janine @The Resident Judge of Port Arthur is one of those rare breeds – a biography of a family group rather than an individual.

Janine declares that we are in the safe hands of a “master biographer” with Niall. She admires the discipline, structure and thematic devices that Niall uses to bring this complex five-generations story to life so successfully.

The focus is firmly on the Boyds, but it is just as much an exploration of Australian, and especially Melbourne, cultural life as well.  There are connections with other artists and their colonies, architectural commissions for major cultural figures, and networks branching across Melbourne society.

I’ll finish this roundup with a memoir that I’m dying to get stuck into myself – Reckoning by Magda Szubanski.

Shelley @The Newtown Review of Books has added to the growing body of rave reviews for this book.

What is truly striking about Reckoning is how the well-loved comedian of Fast Forward, Babe and Kath & Kim declares herself as a sensitive intellectual who is cursed, or blessed, depending on your point of view, with the fervent desire to understand.

I suffer from the same blessing/curse, so this appeals to me on so many levels.

Many of the books reviewed this month have been highlighted in previous posts.

If you’d like to search through the database for all the HMB books that our readers have listed over the years, please click here.

ht myself to read when I was four by memorising my Dr Seuss books. I haven’t stopped reading since.

November is #AusReadingMonth over at my blog.

Join us in reading all things Australian or readalong with us as we tackle The Fortunes of Richard Mahony by Henry Handel Richardson.