Romance wrap up: July to September 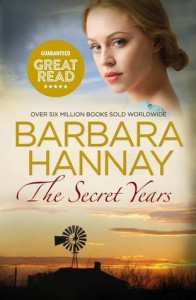 Welcome to another wrap up of Romance, Romantic Suspense and Erotica. Sorry it has been a while. Bree, our regular roundup volunteer, has had to take time off, so I’m filling in.

During this period, there were 34 books reviewed for the challenge by 23 reviewers, covering works by 32 authors. The books’ range extends from traditional romance, rural romance, generational sagas, steampunk, erotica and more.

Some of the books have already been mentioned in previous roundups, including in General Fiction. For today’s roundup, I’ve chosen to highlight books which have attracted multiple reviews, ones reviewers highly recommend, and books which appear to push the romance envelope. (If you want to see all the reviews for the period, check out the search results here.) Two books attracted six reviews each. The first is Barbara Hannay’s The Secret Years, a multi-generational rural romance of which Lynxie from Coffee2Words writes:

The story [takes] the reader on a multi-time lined journey through ravaged war zones, both past and present, and [explores] relationships between lovers, family and extended family and friends. (review here)

Tien sketches elements of the plot:

In the present times, we follow Lucy, Harry and Georgina’s granddaughter, as she returned home from being deployed in Afghanistan. Home, however, didn’t quite turn out the way she dreamed of. Being at loose ends and burdened by a great curiosity of her family’s mysterious past, she goes to England in order to unveil some of her family’s secrets. (review here)

Both Lynxie and Tien enjoyed the novel and write that they look forward to reading more of Hannay’s work. The second book to attract six reviews is Claire Varley’s, The Bit in Between. According to Cassie at Book Birdy, it’s a hard novel to classify:

There are laughs, there is whimsy, there is romance, there is death and a hilarious American called ‘Rick’. Pigeonhole this book at your own risk. (review here)

Claire Varley’s debut book has been compared to the likes of The Rosie Project. And with good reason, as it features similarly quirky lead characters and is written with the witty whimsy reminiscent of Rosie Project author, Graeme Simsion. (review here) The book that attracted the second highest number of reviews – five – is Honey Brown’s Six Degrees. Better known as an award-winning writer of suspense, Brown has gone out on a limb writing in this genre. As Monique writes:

Simone from Great Aussie Reads is a fan of Brown’s psychological thrillers, but she wasn’t disappointed:

I applaud Honey Brown for taking a leap into a completely different genre and doing it successfully. Her writing talent speaks for itself as she tells the stories in her usual engaging and compelling style. (review here) Several other novels reviewed during this period appear to stretch the romance genre envelope, including Bec McMaster’s Of Silk and Steam, the fifth and final novel in a series set in Steampunk London with a vampire theme. Helena writes:

If you like vampires and werewolves, steampunk weaponry and automatons, alpha heroes and heroines who kick ass, you will love this series. It has action, romance, politics, and some of the steamiest sex scenes to which I ever did swoon. (review here) Another hybrid novel with an interesting setting is Limbo by Amy Andrews. Carol from Reading, Writing and Riesling writes:

In the words of the author this book is “urban-noir/paranormal-lite/mystery/romance mash up” and I would add PI in the mix, and a great mix it is too… This is a book you read for the pure pleasure, indulgence and enjoyment. The language is colloquial and so very Australian – so conversational and real. The settings – dark dingy bars, rural towns, urban decay, a mortuary, a brothel and the next door home office all work a treat. (review here) Departing even further from traditional romance is Tess Woods’ Love at First Flight, which deals with infidelity. According to Monique:

Monique found the book hard to put down but unsettling, partly because the heroine protagonist is so flawed.

It’s not always nice to be in Mel’s head, especially when so many of her actions are questionable, but Woods makes you want to find out why she’s in such a dark place. To end, I’ve chosen to highlight Anna Clifton’s Making Ends Meet. There are no surprises in this novel, I suspect: it’s pure, heartfelt, traditional romance. The set-up for the meeting between the hero and heroine is a scenario beloved of romance readers. According to Rochelle:

Artist, Harry Halligan is recovering after a brain tumour. His normal help is on holiday and he needs a nanny for a month to fill in while she is gone…

[It is] well written, with engaging characters that were easy to care about. The main characters had a great spark and I was holding my breath until the end, waiting to see if they would get together. (review here)

That’s it from me for now. I just want to add my best wishes to Bree and her family, and a very big thanks for her contribution during the first half of the year.

About me: My debut romance novel, Snowy River Man, was published by Escape in February 2015 under my pen-name, Lizzy Chandler. My second romance, By Her Side, is expected out in December.