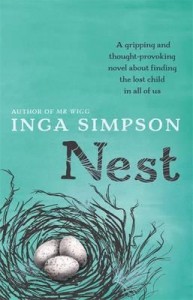 Over the last few months, readers dipped their fingers into plenty of different pots! We had reviews of books by writers with migrant heritage, books featuring characters with disability, and books by queer/lesbian writers and Aboriginal writers.

Following on from our focus on lesbian/queer women writers in October, which featured wonderful guest posts from Inga Simpson, Tricia Dearborn, Lee Winter and Francesca Rendle-Short, it was great to see reviews of books by queer authors. Karen reviewed included Inga Simpson’s Nest, set in Queensland’s hinterland. She described it as having ‘gentle lyrical rhythm, and whilst it deals with the pain of loss it isn’t bleak or maudlin at all’. The natural world of this novel is also ‘drawn in exquisite detail in Jen’s observations of the great fecund roil of life in her garden, especially the life of birds’. C.S. Pacat is the queer author of Captive Prince and Princes Gambit, novels which feature male/male romance in a fantasy kingdom. The two protagonists – the enslaved Prince Damen and his master Prince Laurent – begin as antagonists, until their tension slowly alchemises into desire. Elizabeth of Early Grey Editing described it as ‘a well-paced read with a strong focus on character and just the right amount of heat.’ Ellen Gregory reviewed both this novel and its sequel (with a warning not to start the first without having the second to hand!). She notes that in the second book, the world and its cast becomes more complex, while the relationship between the two men ‘is finally allowed to develop as well (and I don’t necessarily mean in a romantic way), and it’s beautifully done.’ She concludes, ‘On the whole, these books as a pair get the big thumbs up from me. I felt emotionally invested in both characters and am desperate to read Kings Rising.’ I know what’s going on my summer reading list!

Shelley McInnis of the Newtown Review of Books reviewed Magda Szubanksi’s Reckoning. Szubanski’s father was involved in the Warsaw uprising of 1944 (an attempt to liberate Warsaw from Nazi Germany), and the secrets of her family entwined with her own about her sexuality. ‘Certainly’, as Shelley writes, ‘her journey towards self-acceptance involved many difficult years of depression and therapy to untangle a ‘rat’s nest of intergenerational trauma’.

This theme of inherited trauma is also one that appears in Leah Kaminsky’s The Waiting Room. Set over the course of one day in Haifa, Israel, the book is follows an Australian doctor from Melbourne, whose parents are Holocaust survivors. Tracy Sorenson of the Newtown Review of Books described it as a book about ‘what happens to people when they have been marinated in horror, and what life is like for their children and grandchildren.’ The action of the work is compelling, as she writes, ‘you know the day is going to end badly but you don’t how or when or where or for whom. You’re driven forward, to find out.’ Cassie of BookBirdy ‘devoured it over two days’ – you can’t get a better recommendation than that! She appreciated the imagery and fine writing, and also the way in which a traumatic day unveils the trauma of history.

Other books which feature characters with migrant heritage include Fiona Wood’s popular Cloudwish. This young adult novel is about Vân Uoc, the only daughter of Vietnamese refugees. She lives in a housing commission flat and attends the prestigious Crowthorne Grammar on an academic scholarship. It has echoes of Alice Pung’s Laurinda, which was popular earlier this year, and suggests that books about belonging and difference strike a chord with young people. Subversive Reader gave a great summary of the different perspectives readers had of this work in her AWW roundup.

Indigenous writers continue to be read and reviewed, which is great. Jennifer of GoodReads penned her thoughts on Gayle Kennedy’s Me, Antman and Fleabag. Gayle also wrote a guest post for us in July for our focus on Indigenous writers. Her book consists a series of vignettes told in a colloquial voice that suggests ‘the narrator is having a conversation with the reader, recounting events from her own viewpoint and in her own style.’ Some of the stories, although humorous, are ‘reminders that equality is still sometimes only a word.’

The third book in Ambelin Kwaymullina’s The Tribe trilogy, The Foretelling of Georgie Spider, has been released. This series is about young people who have been persecuted because of their Abilities, and Kwaymullina’s Aboriginal heritage is evoked throughout. Rochelle thought the book was fantastic: ‘Ashala, Ember and Georgie were strong, incredible girls, who would do whatever they needed to save the ones they loved, and fought hard for what was right. All the characters of The Tribe leapt off the page and straight into my heart.’ Hands up for stocking fillers, anyone?

Another review of Ellen van Neerven’s innovative collection Heat and Light cropped up, this one penned by Orange Pekoe Reviews (she loved it). Sue of Whispering Gums reviewed one of van Neerven’s stories published in the Reivew of Australian Fiction, ‘Sweetest Thing’, a story about a girl, Serene, who is addicted to having her breasts suckled. Sue’s thoughts are worth quoting at length:

Serene’s unusual addiction works as a rather confronting metaphor for what all humans need – love and acceptance. What I like about Van Neerven, here and in Heat and light, is that her indigenous characters are not “types”. Their indigeneity is part of who they are, and is fundamental to the challenges they confront, but her characters are also “universal” – that is, they are needy, flawed characters who muddle along, just as the rest of us do, in the lives they find themselves in. It’s powerful stuff.

Last, but never least, there were a number of books reviewed that featured characters with disability. The protagonist of Emma Viskic’s crime novel Resurrection Bay, Caleb, is deaf, and he compelled to solve the murder of his good friend. Viskic’s handling of the many different elements of a crime novel is deft, as Karen Chisholm of the Newtown Review of Books notes:

The tension is built using a number of devices – a sense that Caleb’s inability to hear everything could mean he’s missed something, combined with the dawning view that there’s possible corruption in high places and, finally, the consequences of Caleb’s choice of people to trust.

This novel has been hugely well-received, and it’s great to come across characters who are not defined solely by their disability, but who are also ordinary human beings who feel love and grief.

It takes empathy and imagination to create fair representations of people with disability (or people of any minority, for that matter). Nalini Haynes of DarkMatterZine didn’t feel as though the blind character of speculative fiction YA novel Zeroes, by Margo Lanagan, Scott Westerfield and Deborah Biancotti, had been as well researched or realised as she could have been. Nalini sums it up: ‘On the one hand: yay, disability and people of color. On the other hand, I am not convinced.’

On a final note, it’s interesting to note the popularity of many of these books. Elizabeth of Earl Grey Editing observed that Captive Prince has been published by a major publishing company (after C.S. Pacat had begun writing it online), and this represents quite a shift in their focus. Perhaps major publishers are finally listening to the buzz about novels such as Cloudwish, Laurinda, Resurrection Bay and Anita Heiss’s Tiddas  – books which which show that readers enjoy (and want more) diversity.