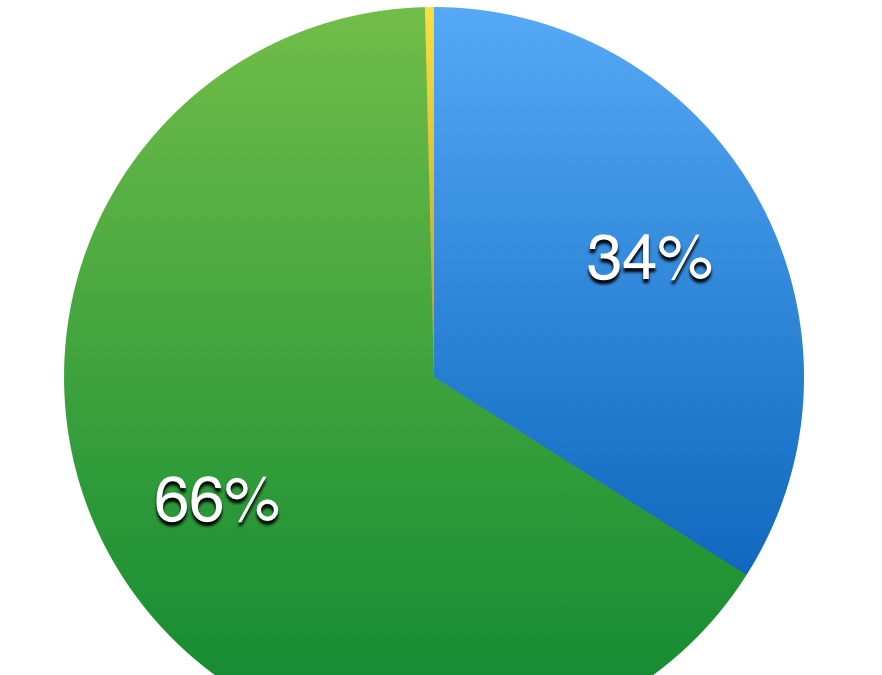 Hello readers! Welcome to the speculative fiction wrap-up for 2015. In the past year, we have 260 reviews submitted that were tagged as speculative fiction. That represented 176 distinct books and 118 distinct authors. A nice effort! That’s more reviews than in 2014. Well done to everyone who contributed!

About two thirds of the reviewed books were tagged as being for adult readers, with the remaining third being YA (and one lonely children’s book). You can see the breakdown in the pie chart I’ve included below. And because I like pie charts, let’s talk about the publication years of the reviewed books. Almost exactly half of the spec fic reviews submitted to AWW last year were for books published in 2015. Just under a quarter were published in 2014. This clearly tells us that newer books get the most attention. This is perhaps not surprising when considering bloggers trying to keep up with new releases, but I hope it doesn’t also mean that there are slightly older books falling through the cracks. We had only twelve books reviewed with publication dates of 2010 or earlier. The full break-down can be seen in the pie chart below. If you’re stuck for something to read, there are a lot of not-very-old gems out there if you look beyond the new releases.

On to the most popular books of 2015! The most reviewed author was Juliet Marillier, who garnered thirteen reviews across four books. It probably helped that Dreamer’s Pool won the Aurealis Award for Best Fantasy Novel in April and that it’s sequel, Tower of Thorns, came out later in the year. Why not check out some reviews of Dreamer’s Pool from Glaiza – Paper Wanderer, Faith, Ellen Gregory, Folly Gleeson, or Ju Transcendancing? Or of Tower of Thorns from Sheree Christoffersen 26 Letters, Tien @ Tien’s Blurb, Elizabeth Fitzgerald, Glaiza – Paper Wanderer, Faith, or Ju Transcendancing?

The most reviewed single book of the year was The Beast’s Garden by Kate Forsyth, which was reviewed nine times. Kate Forsyth was also the second most reviewed author of the year, with twelve reviews overall. If you’re after a review of The Beast’s Garden, which is a Beauty and the Beast retelling set in Nazi Germany, you could check out one of the reviews from Sean The Bookonaut, Tracey Carpe Librum, Shelleyrae @ Book’d Out, Jo @ Booklover Book Reviews, Sam Still Reading, Kathryn @ Book Date, Tien @ Tien’s Blurb, Sheree Christoffersen 26 Letters, or Ju Transcendancing.

The third most popular authors were a draw between Amberlin Kwaymullina with eight reviews spread over three books, and CS Pacat, with eight reviews spread over two books. CS Pacat’s Captive Prince was the second most reviewed book overall, with six reviews in total. Check out one of them from Glaiza – Paper Wanderer, Bree (1 Girl), Coffee2words/Lynxie, Ellen Gregory, Elizabeth Fitzgerald, or Michelle-Beauty and Lace. Amberlin Kwaymullina’s reviews were spread over all three of her YA books: The Interrogation of Ashala Wolf (reviewed by Shaheen @ Speculating On Specfic, Glaiza – Paper Wanderer, and Shannon (giraffe Days)), The Disappearance of Ember Crow (reviewed by Shannon (giraffe Days) and Ju Transcendancing), and The Foretelling of Georgie Spider (reviewed by Ju Transcendancing, Elizabeth Fitzgerald, and Rochelle Sharpe).

There were a handful of authors with five reviews each. In alphabetic order, they were:

The most prolific, by far, was Brenda, who submitted thirty spec fic reviews in 2015. Well done Brenda!

Of course, this post could be much longer if I included every single review contributed to the AWW Challenge. But that would be impractical. If you want to check out all of the books reviewed in 2015, check out our review search page, where you can filter by date and genre or a bunch of other parameters if you like.