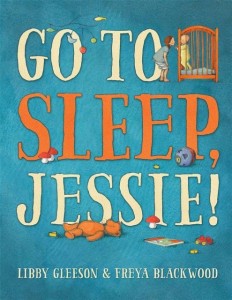 It was another fabulous year in 2015 for Children’s and Young Adult’s reviews, and I’m thrilled to round these categories up for you. There were 56 reviews of Children’s books, with 47 different authors reviewed. Four books were reviewed more than once – Rivertime by Trace Ballard, Lest We Forget by Kerry Brown, Go to Sleep, Jessie! by Libby Gleeson and The Cleo Stories (The Necklace and The Present) also by Libby Gleeson. Interestingly, the first three books were picture books, while the latter was an early reader. While there were many fabulous ‘middle grades’ (aimed at age 8-12) books reviewed, none were reviewed more than once.

Libby Gleeson had a fabulous year in the awards and also was the most featured author in our reviews, with 5 reviews for 3 different books.

38 of the children’s book reviews were for general, contemporary stories, with 8 reviews for historical The most prolific reviewer was Brona from Brona’s Books, who reviewed 14 different books in 2015. Equal second was Louise from A Strong Belief in Wicker and myself with 12 children’s book reviews each. Jess from The Never Ending Bookshelf reviewed 5 books. There were 179 reviews of 127 Young Adult books in 2015, featuring 107 different authors. Cloudwish by Fiona Wood was the most reviewed book, with 8 reviews, followed by Laurinda by Alice Pung, which had 6 reviews. Razorhurst by Justine Larbalestier had 5 reviews, while there were 11 books with three reviews each: A Small Madness by Diane Touchell, A Waltz for Matilda by Jackie French, Burn by Paula Weston, Every Breath by Ellie Marney, Illuminae cowritten by Amie Kaufman (with Jay Kristoff), Paradise City by CJ Duggan, pieces of sky by Trinity Doyle, Risk by Fleur Ferris, The Foretelling of Georgie Spider by Ambelin Kwaymullina, The Interrogation of Ashala Wolf by Ambelin Kwaymullina, and the ever popular Looking for Alibrandi by Melina Marchetta.

Interestingly, 41 of the reviews were tagged by reviewers to indicate that the books contained diversity – possibly aligning with a greater focus on diversity in the wider Young Adult book community.

When it came to genre, speculative fiction ruled the Young Adult category, with 87 reviews of 67 books. Next in line was general, contemporary fiction with 75 reviews of 48 books, followed by crime fiction which had 22 reviews of 13 books. Historical fiction had 14 reviews of 9 books and romance had 10 reviews of 7 books.

Brenda was the most prolific reviewer with 19 reviews. Sheree Christoffersen from 26 Letters had 11 reviews, while Dark Matter Zine produced 11 reviews.

The oldest book reviewed was Drowning Maze by Jean Curlewis which was published in 1922. However, the most recent books were definitely the most popular, with 69 reviews of books written in 2015.

2015 was a fabulous year for both Children’s and Young Adults books in the Australian Women Writers Challenge. I hope 2016 is just as exciting!

thers hinting that I am supposed to ‘grow up’ at some point, books for young people continue to play a huge part in my reading life. This has served me well, when I became a teacher and was known for always having a book recommendation at hand. I’m currently enjoying the rich world of picture books with my three year old, revisiting some of my favourite authors and reviewing books when I manage not to lose my blog . . .