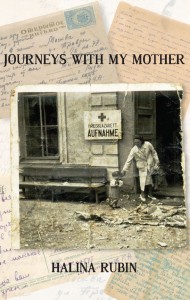 Welcome to a New Year of reading and reviewing HMB.

One of the changes for 2016 will be a monthly roundup of HMB titles instead of the previous bi-monthly schedule.

To catch us up (and to ensure no-one misses out on having their end of year reviews highlighted) this roundup will also include the last half of December.

It was lovely to see that many of you put your summer holidays to good use reading lots of interesting and diverse HMB books. A total of 20 unique books were reviewed or linked during this period by nine different AWW reviewers. I’m thoroughly impressed by the depth and breadth of our reading in this area. Halina Rubin’s Journeys with My Mother highlights why those of us who love biography, love it so much. Sue @Whispering Gums tells us that Rubin

delved into “two boxes filled with papers, photographs, letters, notebooks and correspondence”. These plus her mother’s stories got her going, but there were gaps, so she travelled back to the places they’d lived, talked to old friends and a surviving cousin, trying to complete the story. She reports this directly and consciously in the book, switching between describing her fact-finding trips (revisiting places, meeting people) and recounting her and her parents’ lives in the places she visits. In other words, she takes us on her research journey – and I like that. It does give the story a disjointedness that might irritate some readers, but for me it adds to the interest and, yes, authenticity.

The story Rubin was researching so carefully was also her own –

Rubin was born in Warsaw on 27 August 1939. Note the date: her mother, Ola, was still recovering in hospital when Germany invaded Poland a few days later. Within two months, her parents, secular Jews, had fled to the Soviet Union, and this is where the young Halinka and her mother saw out the war. It’s a fascinating story – and it’s told in a thoughtful way.

A history much closer to home is the Queensland Premier’s Award winner for a work of State Significance, Warrior by Libby Connors. One could easily argue that this “tremendously important” work has significance not only in Queensland, but throughout Australia and other colonised countries. Janine @The Resident Judge of Port Philip adds to the growing number of reviews for this book.

the book is beautifully written and imbued with a deep sense of place. A map that appears in the opening pages shows indigenous places superimposed onto familiar Western towns and rivers, highlighting the co-existence of two competing senses of ownership. Her frequent references to present-day Brisbane and Sunshine Coast landmarks would prick the consciousness of residents of those places, reminding them that another history runs alongside the sun, cosmopolitanism and tourism of both those places.

I am a huge advocate for the pleasures to be had from a well-written verse novel. Ju @The Conversationalist has recently stepped outside her favourite speculative fiction genre to also taste the delights of verse and diversity with Skin Painting by Elizabeth Hodgson.

Hodgson won the David Unaipon Award in 2009 with her “brave, haunting, and evocative” verse memoir. Ju was also suitably impressed,

I loved this book. I’ve never read poetry before that could and was meant to be read by turning each page like a story. Hodgson writes beautifully, her poetry is evocative, reflective, vulnerable and unapologetic. I can’t pick out any particular favourite piece, just that as a whole reading experience it was meaningful and intimate… a glimpse into a life and lives whose voices have been silenced for so long. If art history is more your cup of tea pop over to Ana Stevenson’s blog to read her comprehensive review for Australian Pastoral: The Making of a White Landscape by Jeanette Hoorn (2007). Ana found her “first foray” into academic art history a little challenging as quite a bit of specialised knowledge was assumed. She helpfully, provides a few definitions to smooth our way.

Australian Pastoral reexamines the “tradition of Australian landscape painting” where “indigenous Australians were gradually eliminated from the visual representation of the landscape.” She discusses the various art phases and schools in Australia and embeds them in their historical context.

Hoorn also points out the absence of women in pastoral landscapes, “women were “rarely shown working outside in Australian painting” (112), a form of representation that had implications for the idealisation of domesticity.”

a work of significance for those interested in art history, Australian history (particularly its problematic racial dimensions), and colonial society. By concluding with a coda about the work of famous artists such as Albert Namatjira, alongside contemporary indigenous artists, Hoorn looks forward to a welcome shift in the visual and ideological traditions of Australian art.

It’s impossible to feature every single review each month, as much as I’d love to. Please click on the review link at the beginning of this roundup if you’d like to see what else we’ve been reading in HMB over the summer.

But for now, I will leave you with…

Yvonne @Stumbling Through the Past who reviewed a very quirky commissioned history of the Olims Hotel in Canberra by Sarah Rood and Belinda Ensor.

And Sue @Whispering Gums who also reviewed Cadence by Emma Ayres over the summer holiday period. It was one I was feeling ambivalent about…until I read Sue’s review.