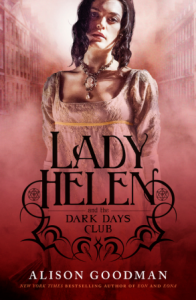 The year is off to a good start with sixteen reviews of speculative fiction books already submitted in 2016. Well done, everyone!

We had quite a spread of subgenres too, including… I was a bit surprised at just how fast-paced. I went into it expecting it to be mostly focused on the romance but found myself in the middle of an action adventure instead. The plot manages to combine space opera with heist story with romance and even tosses in a little Western just for fun. It’s a lot to jam into such a small space but the style is very cinematic and it hangs together well. With its gorgeous artwork and unusual presentation, Iluminae is a feast for the eyes. It’s a vivid, emotional, exciting read that will hook most readers. It’s the best thing either of these authors have written so far. It will leave you hungry for the sequel, Gemina. The writing is excellent, very engaging and all the qualities of a real page turner. The plot is relatively straight forward, with the reader guessing many of the twists well in advance of the characters. Much of the tension comes from Blackthorn’s need for vengeance and how it clouds her perspective on the problem in front of her. The world building of this series is superb. The Kingdom of Cello is a magical place where colours come to life and seasons roam the lands, where wishes can be fished out of lakes and dragons fly in the skies. But it’s not just Cello with its Magical North and its Olde Quainte – Cambridge through Madeleine’s eyes is just as fantastical and enchanting as Elliot’s world where people can fly.