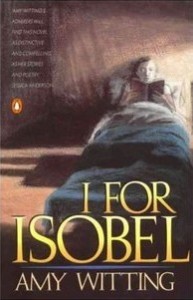 April was a busy month. We had the announcement of the Stella Prize and of short or longlists for other major awards. I’ll discuss all these in their own “awards” section below. However, it’s interesting to see that in the all-gender (as against women-only) awards, books by women represent over 50% of all the four short and longlists. Are we seeing another flowering of women’s writing? And if so, will it be sustained this time around? On past experience, it will only be sustained if we keep reading and buying their books. Hence, the importance of initiatives like this challenge.

Actually, where I live we had way too few April showers, but a shower of 36 reviews here kept me happy! They covered 27 authors, for 29 different books. Two highlights are:

Five classics were reviewed last month, and now three this month. Great going folks! As two have been reviewed a few times and featured here before – Miles Franklin’s My brilliant career and Madeleine St John’s The women in black, I’ll focus on the other one in this post.

Amy Witting’s I is for Isobel has only been reviewed twice for the challenge – back in 2013 and now, in April, by our challenge founder Elizabeth Lhuede. Elizabeth was impressed, describing Isobel as not always likeable engaging nonetheless. She writes:

The book reaches a gentle crescendo when Isobel returns to the suburb she grew up in and comes face to face with an old foe. The encounter reduces her – and me – to tears.

An author whom I haven’t featured in my round-ups before is Annah Faulkner. Her debut novel The beloved was published to some acclaim in 2012. It was shortlisted for the Miles Franklin Award, and won the Nita Kibble Award. Two people reviewed it this month: Jennifer Cameron-Smith and Anna (both on GoodReads), with Jennifer also reviewing her latest novel Last day in the dynamite factory. Anna described the Papua New Guinea-set The beloved as “a vibrant, beautifully written coming of age story with compelling characters”. She liked the imagery, and the fact that the characters evolve as the novel progresses. Jennifer liked Last day in the dynamite factory, which is about an unsettled middle-aged man, saying that once she picked it up she “couldn’t bear to put it down”. Faulkner sounds like a writer to watch.

Five reviews, across three books, were posted this month for “History, biography and memoir” with a literary bent. Fiona Wright’s Small acts of disappearance received three reviews so let’s start with it. As a collection of essays, which can, in fact, be read individually, it’s an unusual form for a memoir. However, because the essays all deal with hunger and her experience of anorexia nervosa, they do, in combination, work effectively as a memoir.

it’s an enlightening, easy-to-read memoir, filled with beautiful language and turns of phrase (as well as being a journalist, Wright is a celebrated poet), which puts the disease into a social, cultural, historical and medical context.

Angela (Welcome to my Library) nails its tone when she writes that it “is powerful writing but not overbearing or bossy, in fact there is a resigned sadness that permeates much of it.” But this sadness, as Kim says, does not translate into something that is “maudlin, introspective, self-indulgent”. Kate (booksaremyfavouriteandbest) also admired it but expressed some reservations and qualms. She found the essay structure affected its impact:

However, as potentially stand-alone essays, key concepts must be repeatedly established, which can make the language seem repetitive and can read as a tiny, tiny bit self-obsessed …

Kate worries about Wright’s admission “that she misses the simplicity of her illness”, that “her hunger protected her from other emotions”, in terms of her ability to recover. Fair concern, and one which clearly bothers Wright herself.

The other memoir reviewed this month was Magda Szubanski’s Reckoning. Simone (Great Aussie Reads) explains that this book was not at all what she expected, but she enjoyed it for all those things she didn’t expect. She concludes that:

It would have been an interesting story even if it had not been written by one of our best known celebrities, but Magda’s own history certainly added an element to the book.

The fifth review in this category is not for a memoir, but a history-cum-biography, Lucy Sussex’s Blockbuster!: Fergus Hume and The mystery of the hansom cab. It was reviewed by Karen Chisholm for the Newtown Review of Books. For those of you who don’t know it, Fergus Hume’s novel, The mystery of a hansom cab, was an 1880s publishing sensation in Australia and Europe. Lucy Sussex sets out to explore what made it so, by researching both the writer’s life and the publishing and marketing practices of the time. Chisholm calls the work “intriguing” and meticulously researched. Sounds great to me!

You’ve probably heard by now, but just in case you haven’t, here’s the news: Charlotte Wood won the 2016 Stella Prize with her widely acclaimed novel The natural way of things. Not surprisingly, given the accolades, it’s been popular with our Challenge, having been reviewed 10 times this year (so far).

The shortlists were also announced in April for the NSW Premier’s Literary Awards. There are ten categories, but the main three of interest to my area are:

Finally, the Miles Franklin Award. Five of the nine-strong longlist for the 2016 Miles Franklin Award are by women:  Peggy Frew’s Hope farm, Myfanwy Jones’ Leap, Mireille Juchau’s The world without us, Lucy Treloar’s Salt Creek, and Charlotte Wood’s The natural way of things.

If you’ve got through all this, you’ll see some books and authors appearing in more than one list. Most have been reviewed for the challenge but some haven’t, so I’m going to dot point them to make them stand out!

Can you help out with any of these?

Meanwhile, apologies for the extra length this month. You’re a champion if you made it through! However, I did want to document the awards, as we don’t currently have a contributor specifically looking after awards.