Crime Fiction and True Crime: Round Up Three 2016 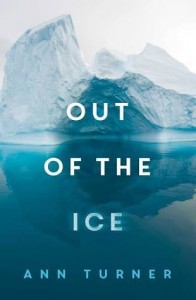 For the second time in a row there have been 49 reviews in the crime category up but I can’t think of anything numerically significant about the number. I shall hope for a nice round 50 reviews over the coming two months.

The most popular book this time round is Ann Turner’s OUT OF THE ICE which attracted six reviews. Location-wise Turner’s gone about as far she could from the idyllic Amalfi Coast of last year’s THE LOST SWIMMER by focusing this story on an environmental scientist who encounters inexplicable goings-on at an abandoned Antarctic whaling station. At Great Aussie Reads Simone says

This book grabbed me right from the first page. I think it was the Antarctic setting that really got me invested. My previous visual of Antarctica was a bleak, frozen landscape with only sparse, functional buildings. I had never thought of it in terms of actual settlements with real houses and whole communities of people living and working together in one of the furtherest outposts on earth. For the first time ever I could actually understand why people might choose to visit Antarctica or even to work there for a time.

Out of the Ice sweeps the reader into larger-than-life events that span three continents and sees Laura travelling from Antarctica, to Nantucket (where the founders of the Fredelighavn spent the Northern Summer), to Venice; in each location, Turner creates scenes in vivid and loving detail. I read the novel from start to finish in a day, but was intrigued enough by the initial setting to stop and look up South Safety Island on the internet, convinced I’d see photographs of the colourfully-painted houses standing out from the white ice, the hulking wrecks of whaling ships, the rusting fuel containers and “flencing” sheds – where the whale meat is stripped from the bone. (Yes, there is some jargon in the book, but it’s seamlessly explained.) I didn’t find it, and I assume the location is a product of the author’s imagination, but it feels like a real place to me now – that’s how well Turner’s prose brings it to life.

I think I shall set this one aside to read during summer. I love reading cold-located books during a heat wave.

At Reading, Writing, Riesling Carol discovered Olga Lorenzo’s novel about the disappearance of a young girl in the wilderness and the eventual arrest for murder of the girl’s mother. Carol found THE LIGHT ON THE WATER “Evocative, intense, emotional and at times painful to read. This novel pierces the heart; brilliant.” and ended her review with these words

A wonderful exploration of grief, blame, judgements, the meaning of motherhood, of family, identity, marriage, responsibility, relationships, power and survival and love. Such power in the written words – your heart will be pierced by their thorns.

I already had this on my wish list following last month’s round up but have now actually purchased a copy.

Emily Maguire’s AN ISOLATED INCIDENT is set in a fictional small country town about half-way between Sydney and Melbourne. It is, ostensibly, about the murder of Bella Michaels, a young aged care worker, but really the book is about other things entirely. At Newton Review of Books Linda agrees that the crime element is not the novel’s real centre but she doesn’t seem to mind

This is far more than a page-turning crime drama, though it is also that. Maguire’s focus is on those left behind, the often unacknowledged victims of violent crimes, and roiling beneath it all is a bigger picture of accepted, commonplace and insidious attitudes to women. We do find out whodunit in the end, but in this context it’s almost a footnote.

…the book is about the aftermath of her death, primarily about the people who are affected by it. The most important of these people is Bella’s older sister Chris who experiences an almost unsurvivable grief. But the dual complications that come with the knowledge that someone caused that death and is still going about their lives and that because Bella’s death is so public other people – most of whom didn’t even know Bella – feel some kind of ownership of her. And her death. Chris’ descent into a form of madness as she grasps the enormity of her new reality is one of the most compelling characterisations I have ever read. As a divorced barmaid and amateur prostitute Chris is an atypical heroine but I defy even the most uncharitable of readers not to feel entirely sympathetic towards her.

AN ISOLATED INCIDENT was also the subject of discussion on this week’s episode of the ABC Book Club (currently available via iView for Australian viewers). Interestingly all the Book Club’s participants were in some way put off by the fact that the novel isn’t the psychological thriller its marketing claims it to be. Happily I’ve learned to ignore marketing hype these days (I never read blurbs now until after I’ve finished a book) but can understand people being disappointed by this failure to manage reader expectations. I know every publisher is looking for the next Gone Girl/Girl On A Train phenomenon but pretending that a book very different from those is something it isn’t does more harm than good as is evidenced by the Book Club participants’ reactions to the novel not being what they were expecting.

Jaye Ford’s latest novel is DARKEST PLACE in which a woman called Carly Townsend is attempting to make a new life for herself but is literally haunted and terrified by the nightmares she suffers after moving into her new apartment. At her blog Rowena Wallace says of the novel

Darkest Place plays to the fears of every woman. I loved the layered revelation of character and backstory for both her and Nate [one of Carly’s new neighbours], both of whom are struggling to overcome tragedies that have left them psychologically marred. Every scene is rich with clues about the people, the place and the past. Nothing is extraneous. And though this meant some of the hints about the truth were easy to note there were enough about key characters (including Carly) to keep you guessing, and that heightened the tension.