May 2016 Roundup: Classics and Literary 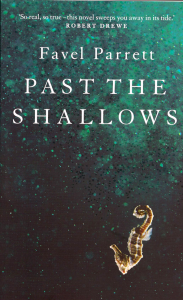 May’s big news is always – according to recent scheduling anyhow –  the announcement of the shortlist for the Miles Franklin Award. As our convenor, Elizabeth Lhuede, has already posted, four of the five shortlisted books are by women, and all have been reviewed for the challenge. The winner won’t be announced until late August, two months later than the end of June announcement we’ve had in recent years. We’ll just have to be patient this year! It will give those of us who haven’t read them all yet more time to read them! There’s always a silver lining.

May, however, was also a sad month, as the multiply-awarded writer Gillian Mears died at the age of just 54. Multiple Sclerosis is a cruel disease and Mears had suffered it for over 20 years. I’ll feature in a special section below.

We had a decent number of reviews posted this month – 27 – though not as many as last May when we had 36.

Is anyone having a go at the Bingo Challenge we posted in April? It doesn’t end until October, but just in case you’ve forgotten about it, here is the link.

Anyhow, highlights for this month are:

Two classics were reviewed this month and, unusually, both are for children. One, Ruth Park’s Playing Beatie Bow has been featured here before. It’s a much-loved time-travel novel. Jools reviewed an audiobook version and loved it, particularly because she knows very well the Rocks area in which it is set.

The other classic though has not been posted to the challenge before. It’s the gorgeous award-winning picture book, The bunyip of Berkeley’s Creek by Jenny Wagner and illustrator Ron Brooks. Brona (Brona’s Books) says that she was too scared to read it as a child and so didn’t read it until she started her teaching career. She writes that she’s always careful introducing it to young children, but says that

for many, many more, the fate of the bunyip has become a very personal call to find someone who believes in them and accepts them for who they really are.

Given the sad death of Gillian Mears in May, I thought it would be a nice thing to pay tribute to her. She was born in the northern rivers region of New South Wales in 1964. Her first book was a collection of short stories, Ride a cock-horse, published in 1988, and her first novel was the Vogel Award winning The mint lawn, which was published in 1991. This was followed in 1995 by The grass sister and, many years later, in 2011, by her Prime Minister’s Literary Award winning Foal’s bread. In between these, she published three other collections of short stories, and some non-fiction. Her last book was published last year, the illustrated children’s book, The Cat with the Coloured Tail. She won several awards in her career, and there’s little doubt that her output would have been bigger had she not been afflicted with such a debilitating condition at the age of 30.

Now, how has she fared in our challenge? Well, to date, her three novels have all been reviewed, as has been The Cat with the Coloured Tail. Each has been reviewed once, except Foal’s bread for which eleven reviews have been posted. Two reviews were posted this month, so I’ll share those. First was Catherine Hanrahan’s review of The Grass Sister. Hanrahan describes Mears as one of her favourite writers. Mears set all her novels in the northern rivers of NSW where she grew up but, as Hanrahan says, “the real focus of her fiction is on family interactions, particularly with mothers, and sisters”. Hanrahan praises Mears’ writing:

Mears is unflinching in how she describes bodies, people and feelings and some of the things she writes about people are genuinely shocking. She also writes with such intense detail, its impossible not to admire her inventiveness in coming up with rich lives for her characters. And the details she notices are like no other writer I’ve read.

“Unflinching” is a perfect way to describe her writing.

Julia Tulloh Harper posted her review of Foal’s bread the day after Mears’ death but I suspect didn’t know the author had just died. She starts her review with:

Foal’s Bread is grim, jubilant, violent, gentle, magical, heartbreaking and uplifting all at the same time. This book has to be destined to become an Australian classic.

A little further on in her review, she writes:

The prose is to die for. It’s brimful of Australian vernacular, not just in its use of ‘fair dinkum’ type words, but the syntax, the words, the characters, the entire story. It’s so poetic and lyrical, and yet also blunt and direct, and managed to convey complex ideas within a few words.

“Prose to die for”. I can’t think of a better way on which to end this little tribute. If you haven’t read Mears, do consider giving her a go. Vale Gillian Mears,

I haven’t featured new releases for a while, but reviews were posted for at least three recently published books this month, so now seemed a good time to feature them. I’ll share them alphabetically by author, starting with Helen Garner’s book of essays, Everywhere I look. Reviews were posted by Jennifer Cameron-Smith and Michelle McLaren (Newtown Review of Books). Cameron-Smith describes the structure of the collection and identifies her favourite sections and essays. She concludes that

There’s something wonderful about Helen Garner’s writing. Her observations are keen, her words always well-chosen, her meaning clear, if not always comfortable. Events pass into history, but good writing is timeless.

McLaren also enjoyed the book, and enjoyed quite a few of the same essays as Cameron-Smith. She pushes Cameron-Smith’s description of Garner’s writing as “not always comfortable” a little further, saying:

Vulnerable one moment, vicious the next, the Helen Garner of Everywhere I Look is as contradictory as she’s ever been. She’s not always graceful, or kind, or right, but she’s always unflinching, always honest – and always elusive.

I can’t wait to read this book. Garner and essays. A pretty unbeatable combination in my books.

Next up is Inga Simpson’s third novel, Where the trees were. Reviewers Brenda and Carol (Reading, Writing and Riesling) both loved it. Carol describes its subject-matter as

conservation/preservation of art and cultural objects/return of significant cultural artefacts to original owners, Indigenous rights, Land Rights, drugs in sport, the difficulties facing Australian farmers today, facing country towns, Australian foreign affairs and terrorism, illegal fishing …There is so much in this book!

But it doesn’t, she says, feel like a lesson!

And finally, we have Anna Spargo-Ryan’s debut novel, The paper house. Challenge team-member Marisa Wikramanayake reviewed this one. It’s about “miscarriages, mothers, and mental health” with its main theme being coping with grief. Noting that grief is a popular topic for Australian writers, Wikramanayake says she’s intrigued that writers, like Spargo-Ryan, keep finding “ways to twist and use language … to describe so well the nuances of the nature” of grief. She liked the book:

This isn’t a book that makes a nuisance of itself, flooding you with the nature of grief – it’s a book that makes you invite it in, offer it tea and have a chat before you flood yourself with the amazement of how it manages to convey the fact that grief is individual and weird and precious and always valid be it for mothers, kids or horses.

I have this waiting on the pile – and look forward to being introduced to another new Australian writer!

Have any of the books highlighted in this round-up caught your fancy?