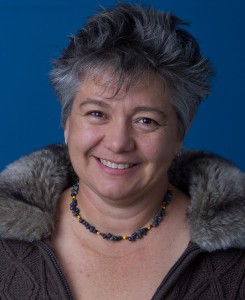 The first week of July is NAIDOC week, a celebration of the culture, history and achievements of Aboriginal and Torres Strait Islanders. In the spirit of this, each year in July we arrange a focus on Aboriginal and Torres Strait Islander women writers. In previous years we’ve have interviews and guest posts from Ambelin Kwaymullina and Gayle Kennedy, and this year we’re very happy to have the words of the wonderful Melissa Lucashenko.

Melissa is an award-winning writer of the Yugambeh/Bundjalung people. Her first book Steam Pigs won the 1998 Dobbie Award for Women’s Fiction and was shortlisted for the 1999 New South Wales Premier’s fiction award and the Commonwealth Writer’s Prize, First Published Book. Her second book Killing Darcy won the Children’s Book Council Award and the Royal Blind Society’s Talking Book Award for young readers. Hard Yards was published in 1999 and shortlisted in the 2002 Courier-Mail Best Book Award. In 2002 her fourth book Too Flash was launched by Jukurrpa Books, and Uptown Girl was published by UQP in the same year. Her latest novel, Mullumbimby (UQP, 2013), won the Queensland Literary Award for fiction, was shortlisted for 2014 Kibble Literary Award and 2013 Good Reading Magazine Top Fiction Read, and was longlisted for 2014 Stella Prize and 2014 Mile Franklin Literary Award. Her fantastic essay ‘Sinking below sight’ from Griffith Review won a Walkley Award in 2014.

Melissa’s writing ranges across a number of genres and is consistently entertaining and thought-provoking. If you take up one of her novels or essays, either for AWW or generally in the course of your reading, you won’t be disappointed! I read Steam Pigs not long after I moved to Brisbane and it completely knocked my socks off; I highly recommend the novel, as well as all her other work.

What prompted you to pick up a pen and start writing, and to write Steam Pigs, your first novel, in particular? What was the reception of this novel like?

I was enrolled in a PhD at Griffith in public policy, but the world I knew and wanted to convey and change wouldn’t fit in a PhD, so I wrote a novel. The reception was fantastic, I won the Dobbie Prize and was shortlisted for others. Looking back, I only wish I realised how well it was doing. I knew absolutely nothing about the world of books and writing so things like winning the Dobbie and being shortlisted for the Commonwealth Writers Prize just kind of passed me by…I didn’t realise they were a big deal. For me, publication was the big deal.

You’re a prolific and accomplished writer of both fiction and non-fiction. How do you decide which genre to write in?

I am freelance, so I’m pretty much forced to write what will feed the family that month, or that year. At the moment I am fortunate to have an Australian Council grant, so I’m writing a novel.

Have you had any literary mentors, whether through their writing or in real life?

Hmmm. I have leaned heavily upon writers without knowing them, like Keri Hulme, Louise Erdrich, Oodgeroo, Barbara Kingsolver, Jane Smiley, Ruth Park, and so on. In real life Alexis Wright is something of a mentor in a way, I guess, and Uncle Bruce Pascoe. The list of winners for the David Unaipon award for an unpublished Indigenous author has been dominated by women. Is there something about writing which draws Indigenous women to it as a means of expression?

Racism affects Aboriginal women and men differently. The experience of black boys at school in Australia does not really encourage them to stay in education or succeed in education, whereas black girls are slightly less excluded, in general, notwithstanding the effects of racism and poverty upon our girls. This results in higher literacy among black women than black men, and therefore a higher capacity to write novels. But novel-writing is gender-skewed globally too, I think. It’s not a “manly” activity, is it? In your Griffith Review essay ‘How Green is my Valley?’ you describe Indigenous people’s sensitivity towards and connection with Country. In a world that is increasingly threatened by climate change, do you think that white Australians might start listening to the land the way Indigenous people do?

Well one can always hope. Maybe when the rising floodwaters reach the ears of white politicians, bureaucrats, businesspeople and media, they might get cleaned out, and be able to hear the planet screaming….

What projects are you working on the moment?

I’m writing a novel starring a Harley riding Aboriginal lesbian who has recently given up bankrobbing after her girlfriend is jailed. It’s a kind of a larrikin romp, with the backdrop of extreme family violence which never quite went away, and which shapes everybody’s lives in small town country NSW.