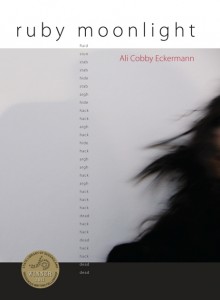 At the end of July, as part of our Celebration of Aboriginal and Torres Strait Islander Women’s Writing, we featured an interview with Indigenous writer Melissa Lucashenko. Following on from this, it’s great to see a good number of reviews of Indigenous women’s writing over the last three months. As part of litblogger Lisa Hill’s Indigenous Literature Week, Sue of Whispering Gums reviewed Ali Cobby Eckerman’s verse novel Ruby Moonlight, which she described as a ‘special read that adds another perspective and voice to colonial contact narratives, a voice that pays respect to indigenous law and traditions, addresses the politics of contact, but also recognises our personal and universal need for love and companionship. It’s a warm and generous book, but it doesn’t pull punches either.’ She also reviewed Lahrissa Behrendt’s short story ‘Under Skin, in Blood’ published in Overland, which is about the relationships between health, colonisation and country. Also as part of Lisa’s Indigenous Literature Week, I reviewed Ellen van Neerven’s book of poems, Comfort Food, which I loved for its simple, evocative imagery, while Yvonne of Stumbling Through the Past picked up Auntie Rita, a memoir by Rita Huggins which is also a dialogue with her daughter Jackie Huggins (a format also followed by Lesley and Tammie Williams in their 2015 Not Just Black and White). Yvonne dwelled on the format of memoirs, the selection of memories, and the impact of trauma, which is often impossible to articulate. Sam Still Reading reviewed Anita Heiss’s latest novel, Barbed Wire and Cherry Blossoms, about an Indigenous family which takes in an escaped internee after the breakout at Cowra. As Sam writes, ‘Anita Heiss doesn’t sugar-coat the facts, this is an honest story rooted in history. The White Australia policy, the Japanese hatred and the severe restrictions put on lives due to skin colour are all there. But the tone is much more gentle and loving than you might expect.’ What a lovely recommendation! Readers also delved into Anita’s earlier work, including Am I Black Enough for You? Emily described this as ‘thought-provoking and easy to read’ and ‘a book that makes racial issues accessible’.

There were also a couple of books by white women writing on Indigenous history which were reviewed. Janine of Resident Judge penned her thoughts on Liz Conor’s Skin Deep: Settler Impressions of Aboriginal Women. This book, as the title indicates, refers to colonisers’ impressions and representations of Indigenous women over the past two centuries, and was written after consulting with women in several communities in Queensland, South Australia and Victoria. Janine describes it as well-researched, ‘exhaustive’ but ‘exhausting’, because of the accumulation of repugnant representations. But books like these are necessary for laying bare the corrosiveness of colonisation.

Janine also wrote another very good review of lesbian writer & comedian Magda Szubanksi’s memoir Reckoning. She opens with the astute observation, ‘I wonder if some of the very positive response to this book springs from a sense of surprise that such a familiar comedian could take us to such varied and dark places.’ Although she ‘enjoyed reading this book and happily took it up night after night’, Janine  felt some discomfort that Szubanski had mined and exposed her father’s life so thoroughly.

Other lesbian writers reviewed over the last few months include Inga Simpson. Carolyn of GoodReads enjoyed her latest novel Where the Trees Were, and says of Simpson’s work: ‘Inga Simpson writes beautiful books about Australian nature and clearly remembers what it is to be an Australian child with and endless summer’s day ahead and being allowed to fearlessly explore the bush with a bunch of good friends. Her evocative descriptions of swimming and jumping in the river and picking blackberries from lilos are like a scene from a painting. And you can almost smell the smoke from the sausages cooking on the campfire.’ If anyone wants a good summer read for the months ahead (although, if you’re a Queenslander, it’s summer now …), this one is a great one to pick up.

As a prelude to our focus on women writers of migrant background next month, it’s worth mentioning that the largest numbers of books reviewed were by such writers. These include Yassmin Abdel-Magied (who prompted the debate about cultural appropriation after Lionel Shriver’s speech at the Brisbane Writers Festival), whose memoir Yassmin’s Story was reviewed by Paper Wanderer; Maxine Beneba Clarke’s new memoir, The Hate Race, reviewed by Brona’s Books; Doctor Leah Kaminsky’s We Are All Going to Die, reviewed by Tracy Sorensen at the Newtown Review of Books; and editors Maria Katsonis & Lee Kofman’s collection, Rebellious Daughters, also reviewed at the Newtown Review of Books by Shelley McInnes as well as by AWW founder Elizabeth Lhuede. Dark Matter Zine also recorded a podcast of an interview with journalist and writer Sarah Ayoub.

It’s obvious that readers love to hear stories by writers from other cultures! On that note, keep your eyes peeled for our first guest post next month, which is by the wonderful poet Eileen Chong.