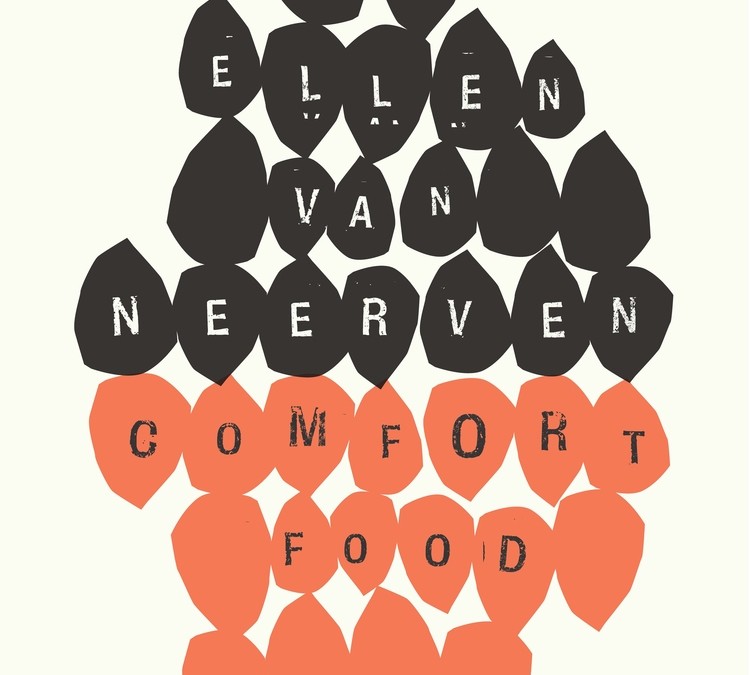 Here, in Perth, I am surrounded by books I wish to read, food and the company of cats as I wait for this year’s Australian winter to stop masquerading as spring and go away. There have been one too many hot cups of tea and hot chocolate made to warm up my fingers as I struggle to turn the pages of books. Each year I am always keen to see how many books kept us company during the winter months. Each year, this is usually when I fail to post about those books you have read and reviewed.

It has been a hectic few months – in the wake of a Federal election, the debate over copyright changes and parallel importation and cuts to arts funding and the debate about authorial autonomy at the Brisbane Writers Festival – what are we reading?

In terms of poetry, we have read differently. Poetry reviews submitted to the challenge always elicit a surprise.

Let’s start with Jessica White‘s review of Ellen van Neerven‘s Comfort Food. She read it on a train (always a good place to read a book) crossing state borders, popping fusion food into her mouth with each poem as he rattled and thundered across a very old railway track. An experience to remind us what traversing large distances brings us: contact with each other, mixing and folding into one another, clashes often, returns to the familiar strangeness of what once were homes – all themes covered in the poems.

She tells us that the poems were:

And that it isn’t just food and sex that is discussed:

In ‘Chips’ the narrator is ‘tired with what’s unmentioned/idling in surf club bathrooms’, while that which is unspoken can be just as harmful as what is spoken: ‘what is happening with the dialogue of this country/they are killing people with words’ (21).

Sue at Whispering Gums had Ali Cobby Eckerman in her sights, picking up the verse novel Ruby Moonlight, a book that won both poetry book and book of the year at the 2013 NSW Premier’s Literary Awards. It tells the story of Ruby, an indigenous woman, who after her people are massacred finds herself adrift and alone in colonial South Australia, watched by both the European settlers and the Aboriginal groups, caught in between even more so as she gravitates towards another lonely outcast, an Irish fur trapper.

“But it can’t last, of course, not in that place and time, because neither the colonisers nor the Aboriginal lawmen will accept it: “it is the oasis of isolation/that tolerates this union”. Nothing else.”

The book was published by Magabala Books in 2012 and it is a book that shows the other side of what we, as Australians, are often taught about our history of settlement on this little-big-island-nation. Where we have narratives of heroes and conquest, it tells us of who brought the disease but who was viewed as disease bearing and therefore fit to be shot, of who had what rights to land because one side’s god was deemed greater than the other’s side spirituality as justification.

“Ruby Moonlight is a special read that adds another perspective and voice to colonial contact narratives, a voice that pays respect to indigenous law and traditions, addresses the politics of contact, but also recognises our personal and universal need for love and companionship.”

We had four reviews of poetry in July and August, the other two being Debbie Robson’s review of Jan Dean‘s Paint Peels, Graffiti Sings and Jonathan Shaw‘s review of Colleen Z Burke‘s Home Brewed and Lethal.

What of short stories? We had six reviews of five books with perennial favourite here at AWW, Helen Garner coming out on top with Everywhere I Look – a collection of essays and letters – reviewed twice by both Sue at Whispering Gums and Brona Joy, the latter proclaiming it as a good book to dip in and out of. While Sue talks about what it, as a collection of writing in all sorts of forms, reveals about Garner to us:

“It was such a joy – such a joy – to read. Garner ranges across a wide variety of subjects from a kitchen table to Russell Crowe, from some of the darkest things humans do to each other to the beauty of ballet dancers in rehearsal, and she does it in a natural, warm voice that makes you almost feel as if she’s sitting across that kitchen table from you. While it would be cheeky of me to say that I now understand her, this collection provides wonderful insight into the way she thinks, how she goes about the business of living, why she writes the things she does. We come to know her as a human being who muddles through life, making mistakes, questioning herself, confronting challenges, rather than as the literary doyenne she in fact is. In other words, as she always does, she lays herself open.”

Janine found herself at a loss for words with Fiona McFarlane‘s debut short story collection The High Place:

It’s certainly a very accomplished selection and there wasn’t a single story where I turned the page only to wonder ‘what was THAT all about?’ when the story had unexpectedly ended. These are all well-shaped stories, with a sense of wholeness in the small slice-of-life that is their focus.  Several of them have a rather old-fashioned,  parable-like, ‘once-upon-a-time’  narrative tone which I liked.”

It is a book that looks at the weird and strange things that can occur and impact the everyday, previously believed to be mundane world and show us that perhaps the mundane isn’t so mundane after all. Stephanie Gunn provides us with one of the short story collections in the Twelfth Planet Press’ Twelve Planets series: Margo Lanagan‘s Cracklescape and warns us to bring the tissues and prepare for a nerve bending experience:

“For me, Lanagan’s short fiction frequently reads something like a fever dream. The conventions of what is “supposed” to make a short story work aren’t always there – there aren’t always explanations for the strange things happening, and sometimes there are no real conclusions, but Lanagan is so skilled with language and imagery that none of this matters in the least. The stories in Cracklescape fit very much in the fever dream model (albeit fever dreams which may continue to haunt your waking hours).”

Meanwhile Sue of Whispering Gums revisited Larissa Behrendt during Indigenous Literature Week with the short story Under Skin In Blood: a story about a granddaughter researching the history of the possible use of indigenous children as guinea pigs for leprosy and potential treatments in a compound and when querying her grandmother, the narrator, finding out about a mine continued beyond profitability to employ indigenous people but inadvertently exposing them to asbestos.

It is a story written because the point to be made, can not be made and accepted as easily in a didactic form. As Sue points out:

“It could almost have been an essay, except that Behrendt has clearly thought, as she in fact says in her interview with Annette Marfording, that telling it as a story, showing the impacts of policy on human beings, would be the more effective way to go. So, while the story imparts a lot of factual information, Faye shares the devastating impact on her of losing her husband and son. She also shows how indigenous cultural practices work to their disadvantage in a white world. She says:

“The hardest thing is to trust these people. These people who have the power of life or death over you, and use that power carelessly. These people we are mute to argue against. And our words never seem a match for what they wrote down, even though we have good memories and they make mistakes.”

Short stories can have power to put forward an idea, a simple one, one that is easy and quick to digest, easy to pass on and share. As can poetry as quick lines embed themselves in our brain and we find them tripping off our tongues.

As winter ends in Australia, keep reading, the short and the long. Keep reading, reviewing and submitting. I need more books to add to the pile that is slowly building a fort around my bed to keep me warm.