Antarctic Noir – and other books 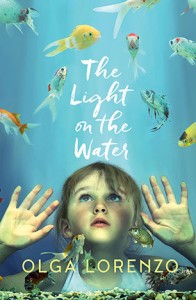 The most popular general fiction books by authors whose surnames start with “L” this year so far have been:

Lorenzo’s book has featured previously on the AWW blog (and if you need more convincing it’s worth reading, you can check out my review on my blog). Today I’ll focus here on Devour.

Devour is set in Antarctica and it seems Larkin has done her research. Tracey from Carpe Librum held a giveaway for the book back in July, introducing it with a quick “author’s bio”:

British-Australian thriller author, L.A. Larkin, has been likened to Michael Crichton and Matthew Reilly. An adventurer at heart, Larkin has spent time in the Antarctic with scientists at the British Antarctic Survey and the Australian Antarctic Division and [her previous novel] Thirst was described as ‘The best Antarctic thriller since Ice Station‘.

L.A. Larkin’s Devour is a cleverly plotted and action packed tale of biological warfare mixed with espionage, fear, anger and despair. By page 7 I was totally immersed and didn’t want to leave this book. [full review here]

For Newtown Review of Books, Karen Chisolm reviewed both Devour and Ann Turner’s Out of Ice, a duo that has been dubbed “Antarctic Noir”. (In fact, Sisters in Crime is putting on a special event tonight, October 7: “Antarctic Noir: The Ice Women Cometh”. You can find the details here.)

In her review, Karen points to the background for Devour:

Larkin says in the acknowledgements that the character of Olivia [the protagonist] was inspired by American journalist Marie Colvin, who died in the bombardment of Homs in Syria in 2012, along with French photojournalist Rémi Ochlik.

She describes the plot as “absolutely classic thriller – big threat/big risk/big effort to prevent”, set on a continent “capable of taking humans to the very outer edges of their capacity – both perilous and enthralling”.

If you’re a thriller reader and this doesn’t make you want to grab a copy, I don’t know what will. (And if Karen’s other “antarctic noir” offering, Turner’s Out of Ice, isn’t yet on your To Be Read pile, I might convince you here.)

Each of the remaining “L” authors attracted one review. Apart from one older book, all were published this year.

Kate was disappointed with the ending of Joan London’s The Good Parent (2008) and this seems to have coloured her impression of the whole novel. Nevertheless she remains a fan of the author’s work:

I like London’s writing, although this book lacked the delicacy and wry humour of A Golden Age.

If you want to find out more about the five remaining books, please click on the following links: Have you read any of these novels? What did you think?