What’s in a setting? From the Aussie Alps to the Outback and beyond 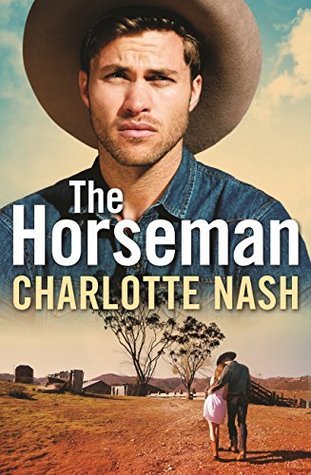 As I proceed alphabetically through the General/Contemporary category of this year’s AWW reviews, I’m struck by the many varied settings of books written by Australian women. From the snowy mountains to vineyard country and the outback, they visit places all over the country – and the world.

Charlotte Nash’s The Horseman (2016) is set in the Australian alpine country. A “medical-rural romance”, it is recommended by the publisher to fans of Rachel Johns’ books. Brenda enjoyed it immensely: “An intriguing plot, I loved the detail of the horses; the beauty of the foal and sensitivity of [the hero] Craig in his treatment of his horses. There was a blend of sadness and emotion; suspense and mystery; grief, hope and love throughout the story.”

A novel set in a very different part of the country is Judy Nunn’s Spirits of the Ghan (2015). Carolyn describes this novel as the work of a consummate storyteller: “Judy Nunn has created a masterful tale weaving many strands past and present into this story of the building of the Ghan, the railway through the heart of Australia connecting Adelaide to Darwin. Through the stories and histories of anthropologist Jessica Manning, part Aboriginal, part Irish and surveyor Matt Witherington, wealthy son of an artist, she tells the story of the Australian centre.”

At the time of the book’s release last year, Nunn discussed how the outback setting and its people inspired this novel, her 13th so far:

“There are just so many stories in the Northern Territory. And the great thing about writing about a place like the NT is if something is going on in the story, and there is but I’m not going to give it away, and I’m thinking ‘Is this going beyond believability?’ all I have to do is speak to someone, and I had a man who was an expert on the railway, who had a great deal to do with the building of it, and he said, ‘Crikey, of course it would happen, this is the NT, you can get away with anything up here.’ I thought terrific, how can there not be a story in that?” (source: article by Karen Hardy)

Kayte Nunn’s Rose’s Vintage takes us to a small town in a rural wine-growing region, somewhere in Australia. Here Rose, an English woman, comes to start a new life and find the possibility of romance. Nunn appears to have captured the feel of the vineyard setting as both our AWW reviewers thought they recognised the place – but on opposite sides of country! Carol from Reading Writing and Riesling found the novel to be a light, entertaining read, its strengths not only in the setting, but also in the characterisation:

I love the settings – Australian wineries and small country towns juxtaposed against fast paced city living. I had visions of the Coonawarra, McLaren Vale, Barossa districts or even the Margret River wine region where I live (maybe because they are all wine regions I have visited/know). The settings speak of family owned primary producers/communities almost anywhere in the world– the hard work, the long hours, the camaraderie with others producers in your regions, the local gossip, secrets and how a community comes together to celebrate when success is achieved or to help when the call out is made.

The characters are interesting and written with depth and I especially liked how the writer sprinkles the pages with Rose’s honest thoughts as she try to make sense of the new situations she finds herself in (and the new country) and the people she meets. The vineyard and its changing seasons; pruning, budburst, flower, vintage, provides the overarching narrative and back drop to the action in the books, almost a character is its own right. (Full review here.)

Monique at Write Note Reviews thought the fictional setting of “Shingle Valley” was in the Hunter Valley region of NSW. She enjoyed the book but also noted some drawbacks, particularly in the romance area: “While I was drawn to the setting and enjoyed the interactions between Rose, Astrid and the children, I didn’t feel the chemistry between Mark and Rose. I also found myself questioning why Rose would keep giving Mark chances – his reasoning just didn’t win me over. The whole ‘spy’ scenario didn’t work for me either. It seemed like an afterthought and it lacked the tension to make it believable.”

Outside Australia we visit South Africa with Malla Nunn’s 2010 release, Let The Dead Lie (Detective Emmanuel Cooper, #2), a Ned Kelly nominee for Best Novel in 2011. It’s about a one-time detective who finds security work on Durban’s docks and discovers a murdered boy. Carolyn gave it 5 stars on Goodreads and found both the setting and the characterisation worthy: “This novel takes us to the gritty, seamier side of South Africa during the time of segregation as well showing the moral and political corruption that was rampant in South Africa during the 1950s. Emmanuel stays true to himself, seeking out the truth and refusing to be compromised.”

From there we travel to the west coast of Ireland, the setting for The Enchanted Island (2015) by Ellie O’Neill, the author of Reluctantly Charmed. In this novel, the main character Maeve O’Brien leaves her home in Dublin to venture to the remote island of Hy Brasil, a sea change which drastically challenges her city ways and profoundly changes her values. It was another 5-star read for Brenda on Goodreads, not least of all because of its setting: “Beautifully written with many laugh out loud moments, the magic and mystery of Hy Brasil is well portrayed.”

Do books set in far off places make you want to pack your bags and jump on a train or plane? Would you like the AWW database to show where a book is set? Let us know if you think we should add this option to our entry form for AWW reviews. My dream would be to create an app which lists both a book and its setting. It’d be a great way to foster the growing popularity of literary tourism.

As always, you can find a list of all the books reviewed for this year’s challenge – as well as most from previous years – on our search page here.