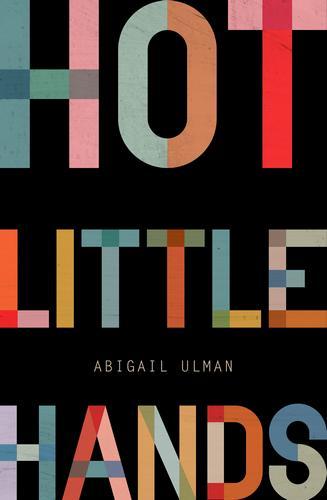 Have you read Abigail Ulman’s Hot Little Hands (2015)? It’s a collection of nine self-contained stories which, as Kim Forrester from Reading Mattters describes in her review, “are about teenage girls or young women trying to find their way in the world — with mixed results.”

Many of the characters are growing up too quickly and entering the tricky worlds of sex and adulthood before their time; others, such as Claire, a character who stars in several of the stories, are in their mid-twenties and acting immaturely, almost as if they want to remain little girls forever. It is this blurring of the line between adolescence and adulthood that Ulman captures so perfectly — and which makes these stories so effortlessly readable and richly authentic.

In her review of the collection, Kim gives us an insight into book endorsements:

When Colm Tóibín is quoted on the front of your novel…well, that seems like a pretty solid endorsement to me. “I love how up-to-the-minute and street-wise the stories are, and how frank about sex and girls,” he writes of Abigail Ulman’s short story collection Hot Little Hands.

Of course, we all know that a lot of so-called endorsements of this kind are incestuous in the sense that they come from authors sharing the same publishing house — but in this case the connection is even closer. Tóibín was one of Ulman’s tutors during her stint at Stanford University as a Wallace Stegner Fellow in Fiction. I guess you could look at this in two ways: either Tóibín is simply being kind and supportive of his former student, or he genuinely believes her stuff is the real thing. Having read the book, I’m inclined to think it’s the latter. (full review here)

This novel came on my radar when I was examining the 2015 Stella Count. While many books by Australian women published in 2015 were reviewed once in Australian mainstream media, or not at all, Ulman’s collection was well reviewed, including by LS in The Saturday Paper, Fiona Wright in The Weekend Australian, Louise Swinn in The Age/SMH, and Hilary Simmons in Books+Publishing (pay wall). The power of an endorsement by a well-known writer, or the quality of the work? If you’ve read Hot Little Hands, what do you think?