Crime Fiction and True Crime: Round Up Six 2016 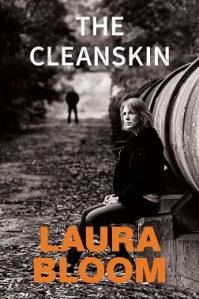 This year’s Challenge has ended with a bit of a surge in this category. There have been 45 posts discussing 36 works of crime fiction by 31 different authors since the last round up (once again true crime has been sadly neglected). There wasn’t a big new release that grabbed lots of attention over this period and indeed many of the reviews and essays relate to books which we’ve highlighted in previous roundups. Hopefully this is a sign that our attempt to highlight interesting books and thought-provoking reviews is helping people to find good criminal reads by Australian women writers. For this year’s final round up I’ve picked out some reviews of previously unmentioned books to pique your interest. The 2017 Challenge is already open for sign-up and it’s never too early to start preparing your reading lists.

At Reading Writing and Riesling Carol discusses Laura Bloom’s THE CLEANSKIN, a novel about buried secrets which is set in Ireland, Australia and India.

…there are so many layers to discover; relationships, love, marriage, forgiveness, growth, innocence and trust betrayed pepper this narrative with interesting scenarios and moral dilemmas. After you finish reading what has been an intense and mysterious story (from the very first chapters you are aware that something needs to be shared, to be revealed…eventually it is …and much much more). And there is a massive twist at the end that will leave you deep in thought – you will not see this coming.

Carol urges us all to read this book and I for one shall be following orders.

Anonymous Challenge participant Catsalive posted a review of Lindy Cameron’s 2002 release THICKER THAN WATER which sees PI Kit O’Malley investigating the case of a corpse found in a favourite local bar. The review reminds us what fun this trilogy of books is

I found Kit’s wild cogitations on about events relating to her investigations highly entertaining. She reminds me of Christie’s Ariadne Oliver in this mannerism. The characters are excellent & well-sketched, most of them likeable – except for the ones we’re not meant to like. Kit is both strong & vulnerable, amusing & serious, intelligent, educated, tough & willing to accept help when she needs it. I can’t help liking her & her friends.

I read a 1975 novel called VANISHING POINT by Pat Flower which is billed as a claustrophobic thriller. It’s definitely claustrophobic – focusing as it does on the inner life of an unhinged, obsessive woman called Geraldine who goes on a most unlikely camping trip – though I did find it slow going in places. In the afterword of the re-release version I read the author was quoted as saying she wrote books in which murder was the only way out for her characters and that’s borne out by this novel. I said of it

…as a portrait of one human’s madness it’s quite exquisite – less a story and more a study of Geraldine’s seriously skewed inner life. Geraldine doesn’t really do anything. She doesn’t work, she has no kids, she doesn’t belong to groups or do charity work or have any friends. The only thing she actively does is obsess, mostly about her husband. She wants always to be near him, if not touching him then with him. She has a jealous hatred of anyone else who spends time with him – business partner, friend, possible lover – and she smothers him. Of course she doesn’t see it as smothering but even through the lens of Geraldine’s view of the world – hardly an unbiased one – we can see that Noel is suffering.

Spending time in Geraldine’s mind is unsettling but I found it impossible to tear myself away.

Carol at Reading Writing and Riesling picked out another previously unmentioned book in FOR THE LOVE OF A BAD MAN which is a collection of short stories by Laura Elizabeth Woollett. Each story imagines the life of a real woman who was the lover, wife or mistress of one of a serial killer, nazi or other category of ‘bad’ man

…these mesmerising short stories are compelling and fascinating, yet simultaneously repulsive – magnetic in effect, tempting the voyeur hidden deep in all of us yet making us shudder as we read on. What powerful reads! The short story has been reborn! Fascinating scenarios and great writing – how did this author develop such a powerful and wicked voice?

Carol’s invitation to read this one if you dare seems pretty apt.

And that’s about it as far as the crime, mystery, thriller and suspense category goes for the 2016 AWW Challenge (though there will be a wrap up of the whole year’s reviews in January). If none of these titles tempts you please check out our previous round ups which highlight some more terrific reads you can start collecting for 2017’s Challenge