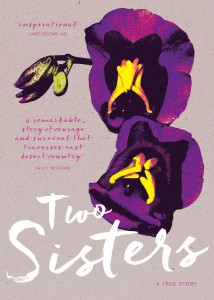 Happy holidays to all our wonderful readers and AWW participants. I hope this finds you keeping cool in some form or another, be it beneath shady trees or at the beach, and of course that you have a book to hand!

Of 348 reviews over the past three months, some 10% have related to diversity, largely in terms of their authors, although some have been categorised thus on account of their content. This has been pretty much the standard over the past few years, although I’ll do a more detailed breakdown in January 2017 when I put together the annual review of diversity.

In the meantime, here’s a dash through what’s been reviewed between October and December. There was a good showing of works by Indigenous women writers. Words and Leaves canvassed Bronwyn Houston’s Return of the Dinosaurs picture book (which she read to some very excited kiddies) and Jukuna Mona Chuguna’s Two Sisters, which is possibly the first autobiography written in an Aboriginal language. It’s about Ngarta and Jukuna, who became reknowned artists. I found Words & Leaves’ experience of reading this work to be really interesting:

A few pages into Two Sisters I had to recalibrate how I was processing these stories; there is no linear, narrative arc.  It can be difficult sometimes to know who is who, or how much importance to attach to a particular event. The passage of time is really fluid, seasons come and go (‘all this happened in the cold weather’/ ‘after the wet’) and people’s lives revolve around travelling between waterholes.’ ent Judge reviewed Marie Munkara’s memoir Of Ashes and Rivers that Run to the Sea. Taken from her family and placed with a white foster couple who were abusive, Munkara finds her way back to her mother, but it isn’t an easy homecoming. As Janine writes, Munkara is ‘torn between judgment and an aching need to be accepted and folded back into her family’. She writes of her experience with ‘an honesty and poignancy that transcends the rather pedestrian prose’, leaving Janine to conclude, ‘I haven’t read a book quite like it.’

I also reviewed the latter. A conversation between mother and daughter, it shows the admirable tenacity and intelligence of Lesley, and how she has passed her skills onto her daughter Tammy, a lawyer. I really recommend this book – it was a wonderful read. AWW readers were also enthusiastic in their reviews of books by writers of migrant background. There were some four reviews of Melina Marchetta’s Tell the Truth, Shame the Devil (summarized by Bernadette in her crime wrap-up), and a number of reviews of books by Sulari Gentill by Brona’s Books, including A Murder Unmentioned, and Give the Devil his Due (also reviewed by Fair Dinkum Crime, who learned much about the rise of fascism through the work). Much to her chagrin, Brona has to wait until September next year for the next instalment in this series, so she was pleased to have another morsel of Gentill’s writing in The Prodigal Son.

In the genre of poetry, Jon Shaw reviewed Fragments by Romanian-born Antigone Kefala. Each poem, he writes, ‘catches an unbidden thought, or dream, or observation, or burst of emotion, and finds a precise form of words for it. If they are fragments of some greater unity, the book is not concerned to find that unity, or to explain contexts, but invites us to focus on each fragment in its own right.’ Jon also introduced me to Eileen Chong, and I wrote about her beautiful book Painting Red Orchids on my blog. lso one of the contributors to our focus on Australian Women Writers of Migrant heritage, alongside Lee Kofman and Michelle Cahill. We were delighted to host these writers and really appreciated their musings on language, poetry, pigeonholing, landscape, and the complexities (and frustrations) of labelling.

Lee Kofman is also one of the editors of Rebellious Daughters which was described by Debbish as an ‘eclectic array of honest, heartwarming and heartbreaking stories’. Reading it, Carol continues, ‘is like having a peek in someone else’s diary or like listening to your best friend share their thoughts and feelings, struggles and joys.’

An interesting selection of life writing was also reviewed, including Wicked But Virtuous: My Life by artist Mirka Mora (reviewed by Janine); biography-cum-memoir Heddy and Me by Susan Varga (reviewed by Sue); and Hebe de Souza’s Black British, a piece of faction based on the author’s experiences in India (reviewed by Carol of Reading, Writing and Riesling). And last (but not least! I’m not able to cover every book in this roundup), there was a handful of reviews on books which feature disability. Julia discusses the effects of mental illness in Rebecca James’ Sweet Damage and I penned my thoughts on Defying Doomsday, Tsana Dolichva and Holly Kench’s edited collection of stories about characters with disability and the apocalypse. Sue of Whispering Gums also reviewed Anna Spargo-Ryan’s The Paper House which is a book about mental states and ‘about suffering a deep, deep loss, and how this new loss brings back a similarly deep past loss that has remained unresolved.’

Spargo-Ryan has also recently won The Horne Prize for ‘The Suicide Gene’, a beautifully written essay on mental illness which is well worth a read.

If you haven’t yet finished your challenge for AWW, there are still two days to go! And as you can see, there’s a plethora of wonderful books from which to choose and enjoy in a cool and shady spot.