2016 Non-fiction and short fiction wrap up 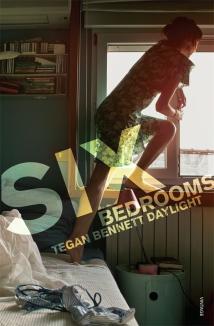 As always let us start with the numbers. Non-fiction numbers soared last year. We had 83 reviews of 60 books by 64 authors. Helen Garner had the most titles reviewed with four titles.

2016 seemed to bring politics right into our faces across the world in a number of ways and this seems to be reflected in what we read in 2016, mostly in a pursuit to understand what was going on.

You read about politics while concerned about our own federal election: Laura Tingle‘s essay Political Amnesia was reviewed by Jonathan Shaw.

The essay has a refreshing focus on systems and structures rather than personality. It ends on a tentative note of hope, and some general suggestions for how the erosion of memory could be slowed or even reversed. Though she can’t be much more than 50, it’s clear that Laura Tingle is one of the precious vessels of memory, a journalist auntie. Much of what she describes if familiar to anyone who has worked in the public service, or really to anyone who has been paying attention. We can hope that this essay contributes towards a change for the better.

You wanted to know about the migrant experience in Australia and so you picked up Yassmin Abdel-Magied‘s Yassmin’s Story, reviewed here by Glazia of Paper Wanderer:

I really enjoyed reading about Yassmin’s life and school escapades in dealing with prejudice with wit, logic and Aussie humour. I was lucky to learn a bit about Islam when I was in high school, so some terms were familiar but it’s refreshing to learn and relearn some things too. Yassmin’s own experiences as a woman practicing Islam surrounded by equally strong women in her family show that oppression and Islam do not accompany each other.

You tried to understand how we got here by reading works about our past, our history like Anna Clark‘s Private Lives, Public History, reviewed here by Jennifer:

‘What does Australian history mean? How does it function in our lives? Does it matter? We know it matters for Australia because its contested narratives are publicly debated all around us.’ But you also read about what we need to hear and know about now including how we should reframe the way we think with works such as Clementine Ford’s Fight Like A Girl, reviewed by Jemimah from the Oddfeathers blog:

The main difference in Ford’s book from works in a similar area that I have read, such as Naomi Wolf’s Promiscuities, Lena Dunham’s Not That Kind of Girl, and Amy Schumer’s The Girl With the Lower Back Tattoo (the first being an academic-memoir work, the second two memoirs from strong feminists at the top of their fields), is that Ford’s work is peppered with just the right flavour of Australian swearing, and that for me is what makes it wonderful, along with recent tangible examples of what she talks about, such as the rape and murder of Jill Meagher, the Steubenville rapes, and the pack-rape by the Australian NRL of a young New Zealand woman. Reading her work is like a more researched, more articulate version of those rants I have with my mum or my girlfriends or even my feminist brother; I can recognise where the anger lies in the writer and where I identify with that anger myself. This is why her work is reaching me and staying with me; it is the right amount of angry, it is inspiringly angry, and she dedicated a chapter to explaining why we need this anger and what we should do with it.

What of books that delivered stories in short bite sized pieces in 2016? We had 89 reviews of 57 books by 73 authors which is frankly amazing because I don’t think we have ever had that high a number before. What’s going on and are we just more keen to read short fiction than we ever were before? Does it fit into our lifestyles much more easily? Is this a trend and are we all being trendsetters now? Two books tied for the most reviews: Tegan Bennett Daylight‘s Six Bedrooms and Elizabeth Harrower‘s A Few Days In the Country and Other Stories both got seven reviews each. Angela Long reviewed Harrower’s book which was shortlisted for the Stella Prize:

The second of the short story collections, listed for the Stella Prize, goes beyond the angst of adolescence to delve, with sharp insight, into the emotional states of the human collective. This is the first work I have read by Elizabeth Harrower who was primarily published during the 50’s and 60’s. A contemporary of well loved authors such as Christina Stead and Patrick White, Harrower returned to publishing her work in 2014 with her novel In Certain Circles and in 2015 has brought together her collective ‘A Few Days in the Country’. From the opening sentences I was taken by the adept insight that Harrower communicates through her powerful and rich prose. It is easy to recognise the individuality in each character, they come to life and an intimacy is formed between the reader and the narrative.

The stories focus on the basics of human needs and emotions, mainly from the female perspective but in such a way that they are relevant for men and women. Although some of the pieces are time stamped with the sensibilities of the era they were written, their themes are as relevant today as 60 years ago. Topics such as depression, suicide, perfection, self confidence and friendship don’t go out of date and neither has Harrower’s work. This was an enjoyable collection of stories, each of them about some aspect of being a teenager or growing up. Think: lots of anxiety around sex, acne, where to next get booze, how to negotiate relationships with pals, parents, etc. The awkwardness of first dates, first kisses, first crushes. There was a lot in here I identified with!
The writing style was probably my favourite element of the book. Every story felt very ‘polished’, at the level of sentence. The collection was nice to read; it flowed well; there was a compelling precision to the descriptions, particularly of the feelings of shame, embarrassment and inadequacy that teens seem to feel in most situations.

There were a couple of stand out stories: “They fuck you up’ was a particularly powerful account of how kids are affected by abusive parents. I also really liked “Trouble”, about a girl who moves to London and feels isolated, even though she’s living with her sister, because Londoners are so averse to platonic touching (like hugging, laying an arm on a shoulder, etc).

And my personal pick for short stories in 2016 was Julie Koh‘s Portable Curiosities. I will let Julia Tulloh Harper tell you about it:

‘Portable Curiosities’ is the perfect name for this book because almost every story is truly a curiosity, something you can pick up and look at from a number of angles and each time glean something new.

The stories are all absurdist and satirical: a ‘yellow’ man jumps out of film and abandons his screen life as a 1D plot device to become a three dimensional and complex human being (I particularly liked that one). I also really enjoyed ‘Cream Reaper’, about a new artisanal ice cream flavour that has a 50/50 chance of killing you, and ‘Sight’, about a young girl who is forced by her parents to have her third eye, located in her belly button, removed. In others sometimes the allegorical element felt a little obvious but since for the much of time Koh’s subjects include sexism and racism, I didn’t really mind. Because these are important things to talk about and much of the world still doesn’t get that.

I think that it is amazing that we have read so much in the past year in both the non-fiction and short story genre. I am so glad to be ending my run as contributing editor for these two genres on such high numbers as I am passing them on to another more time and energy rich volunteer and taking over the monthly diversity roundup from the fantastically fabulous Jessica White in 2017. She has done wonderful work and I am not sure I will be able to live up to her legacy so far but I will try.

We will be bringing you more interviews, more personal picks and more round-ups of work in different genres in 2017. We are going to focus on long forgotten classics and more diverse authors as well this coming year. But most of all, we want you to read, review and submit. Whether it is once a month or once a week, read a work by an Australian female writer and submit a review to us. Or put your hand up to join us and take over running a genre on a monthly basis and take the chance to change the way Australian readers read, buy books and think.

And tell us what we should read in 2017 in the comments especially if you have not seen us highlight a review for it. You can also search here for ideas on what books to read. Tell us what 2016 was like as a reader/reviewer for you. Tell us where you got your books from, whether you have found reading buddies via Australian Women Writers and what your most favourite book find of 2016 was. And if you found it via us.